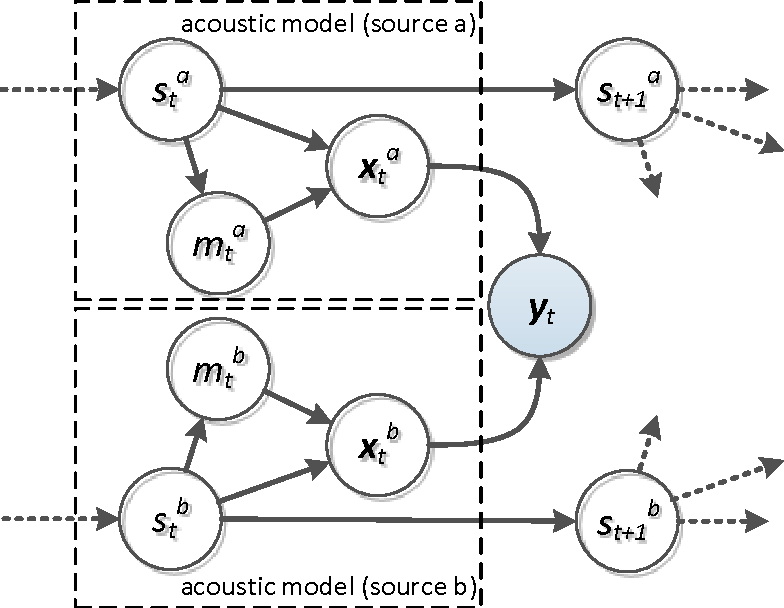 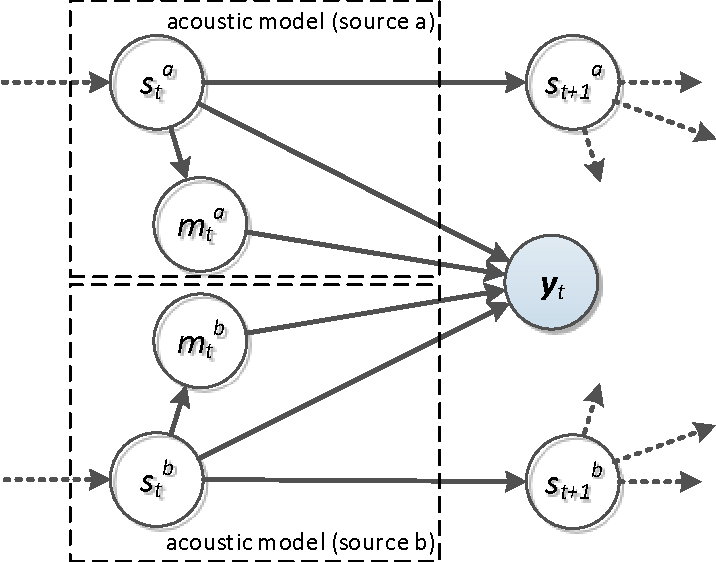 A Pascal challenge entitled monaural multi-talker speech recognition was developed, targeting the problem of robust automatic speech recognition against speech like noises which significantly degrades the performance of automatic speech recognition systems. In this challenge, two competing speakers say a simple command simultaneously and the objective is to recognize speech of the target speaker. Surprisingly during the challenge, a team from IBM research, could achieve a performance better than human listeners on this task. The proposed method of the IBM team, consist of an intermediate speech separation and then a single-talker speech recognition. This paper reconsiders the task of this challenge based on gain adapted factorial speech processing models. It develops a joint-token passing algorithm for direct utterance decoding of both target and masker speakers, simultaneously. Comparing it to the challenge winner, it uses maximum uncertainty during the decoding which cannot be used in the past two-phased method. It provides detailed derivation of inference on these models based on general inference procedures of probabilistic graphical models. As another improvement, it uses deep neural networks for joint-speaker identification and gain estimation which makes these two steps easier than before producing competitive results for these steps. The proposed method of this work outperforms past super-human results and even the results were achieved recently by Microsoft research, using deep neural networks. It achieved 5.5% absolute task performance improvement compared to the first super-human system and 2.7% absolute task performance improvement compared to its recent competitor.