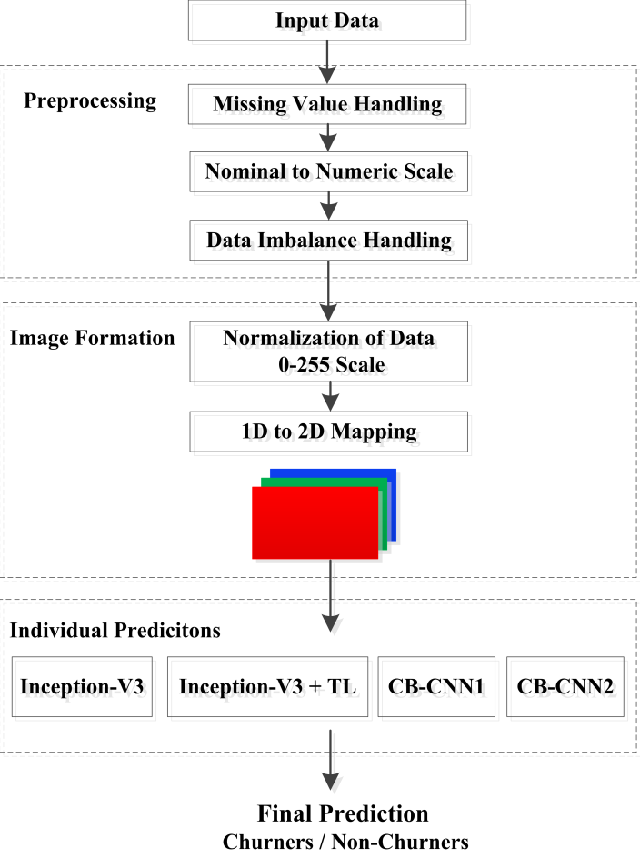 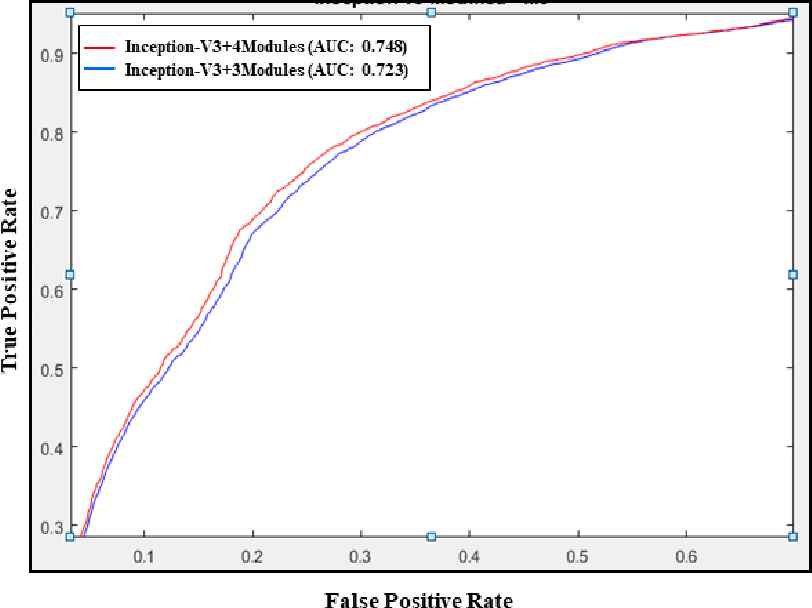 We present a novel architectural enhancement of Channel Boosting in deep convolutional neural network (CNN). This idea of Channel Boosting exploits both the channel dimension of CNN (learning from multiple channels) and Transfer learning (TL). TL is utilized at two different stages, channel generation and channel exploitation. A deep CNN is boosted by various channels available through TL from already trained Deep NN, in addition to its own original channel. The deep architecture of CNN then exploits the original and boosted channels down the stream for learning discriminative patterns. Churn prediction in telecom is a challenging task due to high dimensionality and imbalanced nature of the data and it is therefore used to evaluate the performance of the proposed Channel Boosted CNN (CB-CNN). In the first phase, discriminative informative features are being extracted using a staked autoencoder, and then in the second phase, these features are combined with the original features to form Channel Boosted images. Finally, a pre-trained CNN is exploited by employing TL to perform classification. The results are promising and show the ability of the Channel Boosting concept in learning complex classification problem by discerning even minute differences in churners and non-churners. The proposed work validates the concept observed from the evolution of recent CNN architectures that the innovative restructuring may increase the representative capacity of the network.

A Survey of the Recent Architectures of Deep Convolutional Neural Networks 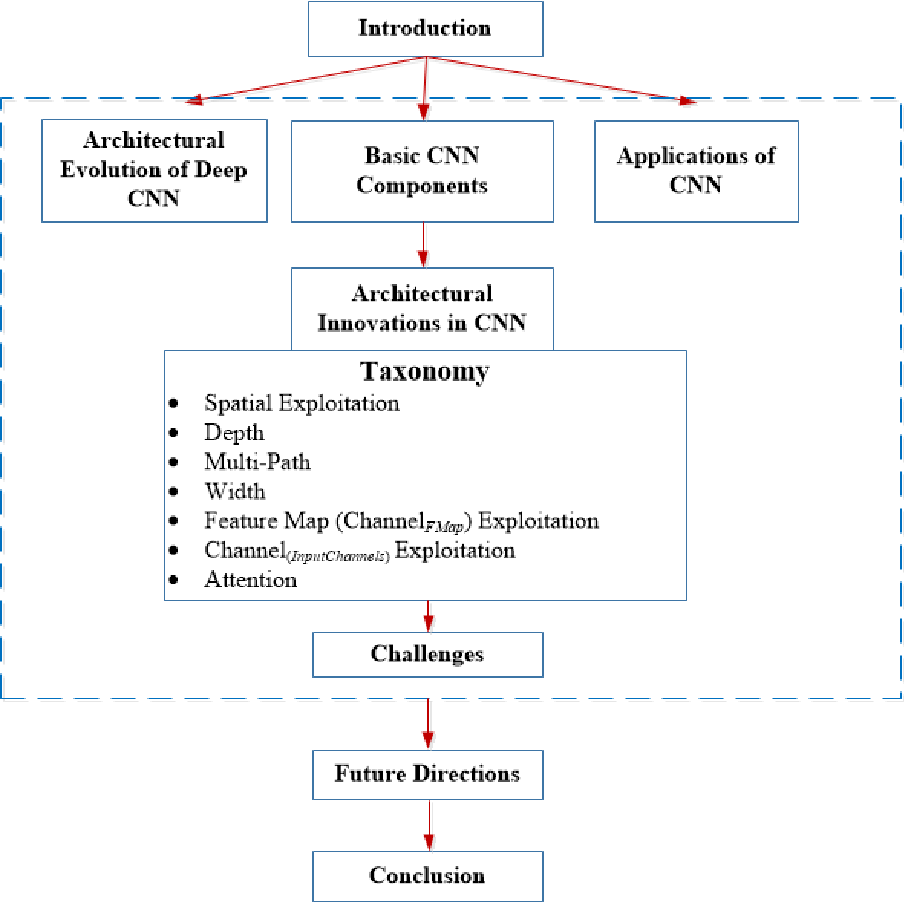 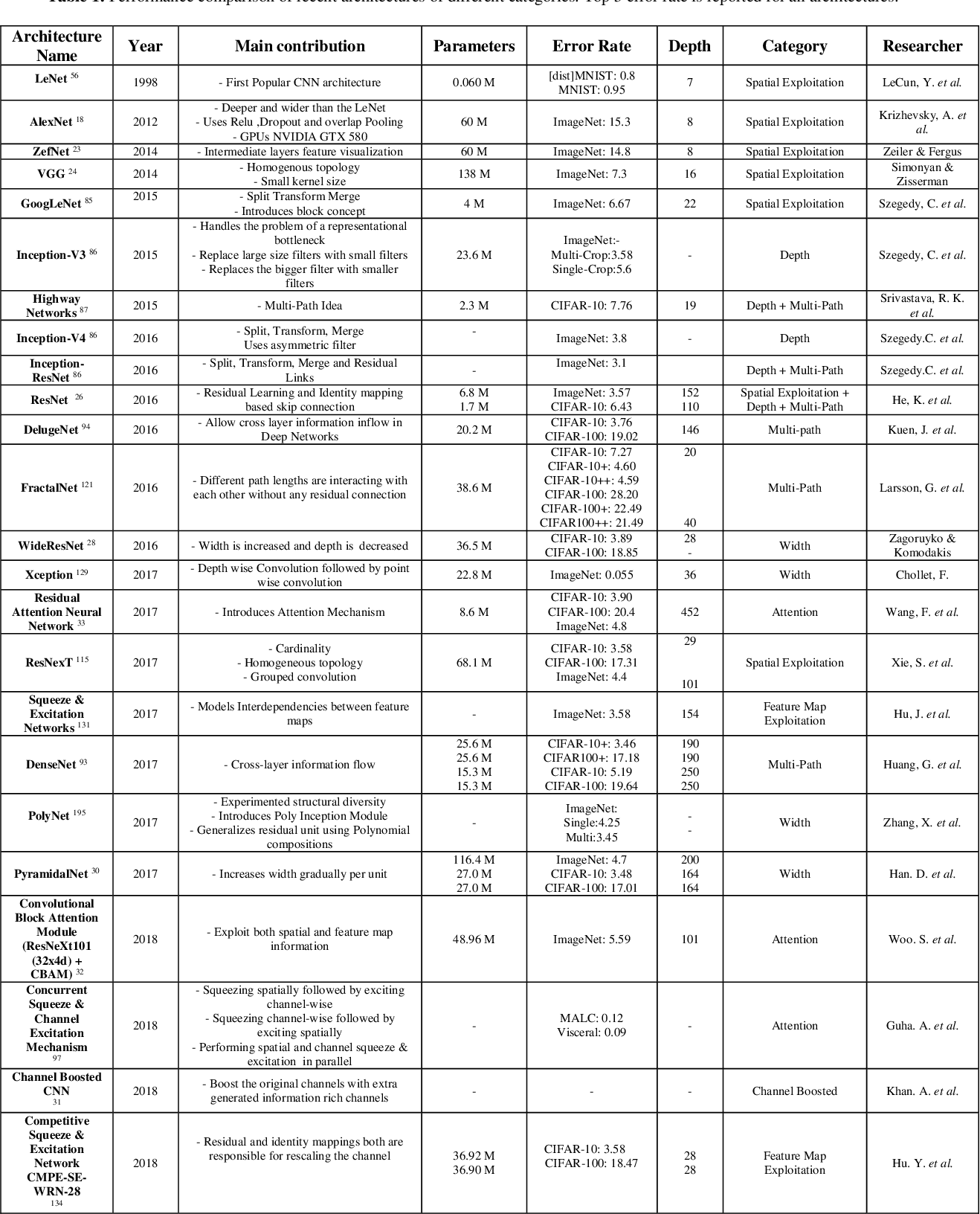 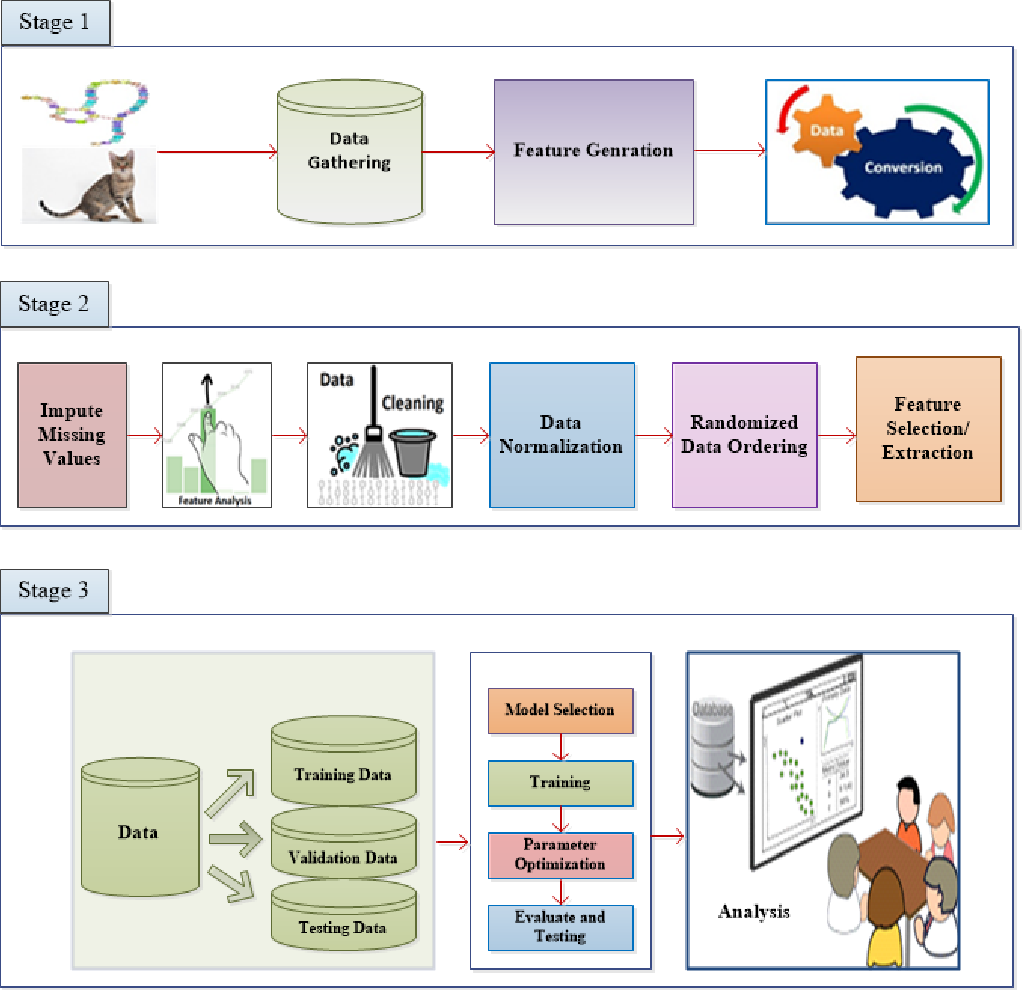 Deep Convolutional Neural Networks (CNNs) are a special type of Neural Networks, which have shown state-of-the-art results on various competitive benchmarks. The powerful learning ability of deep CNN is largely achieved with the use of multiple non-linear feature extraction stages that can automatically learn hierarchical representation from the data. Availability of a large amount of data and improvements in the hardware processing units have accelerated the research in CNNs and recently very interesting deep CNN architectures are reported. The recent race in deep CNN architectures for achieving high performance on the challenging benchmarks has shown that the innovative architectural ideas, as well as parameter optimization, can improve the CNN performance on various vision-related tasks. In this regard, different ideas in the CNN design have been explored such as use of different activation and loss functions, parameter optimization, regularization, and restructuring of processing units. However, the major improvement in representational capacity is achieved by the restructuring of the processing units. Especially, the idea of using a block as a structural unit instead of a layer is gaining substantial appreciation. This survey thus focuses on the intrinsic taxonomy present in the recently reported CNN architectures and consequently, classifies the recent innovations in CNN architectures into seven different categories. These seven categories are based on spatial exploitation, depth, multi-path, width, feature map exploitation, channel boosting and attention. Additionally, it covers the elementary understanding of the CNN components and sheds light on the current challenges and applications of CNNs. 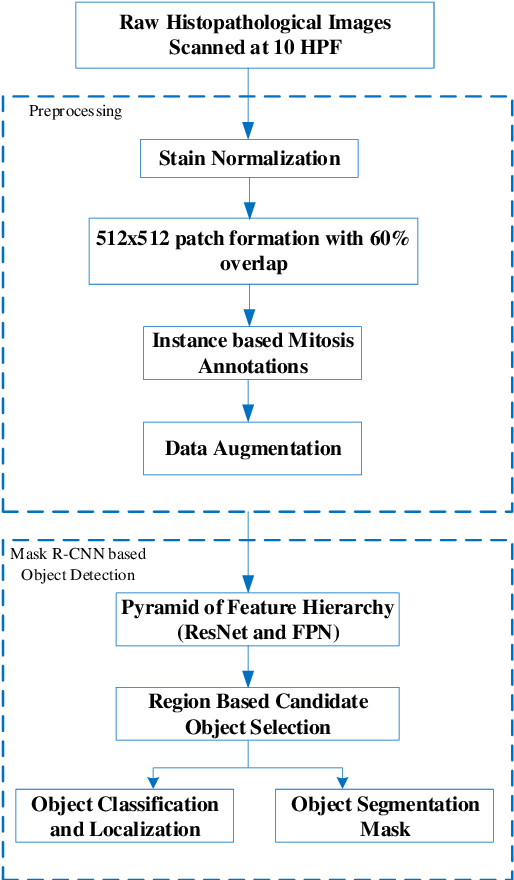