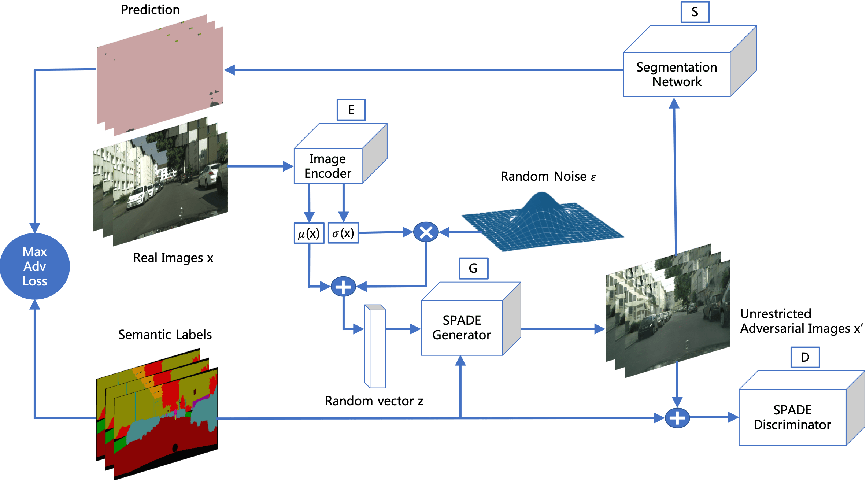 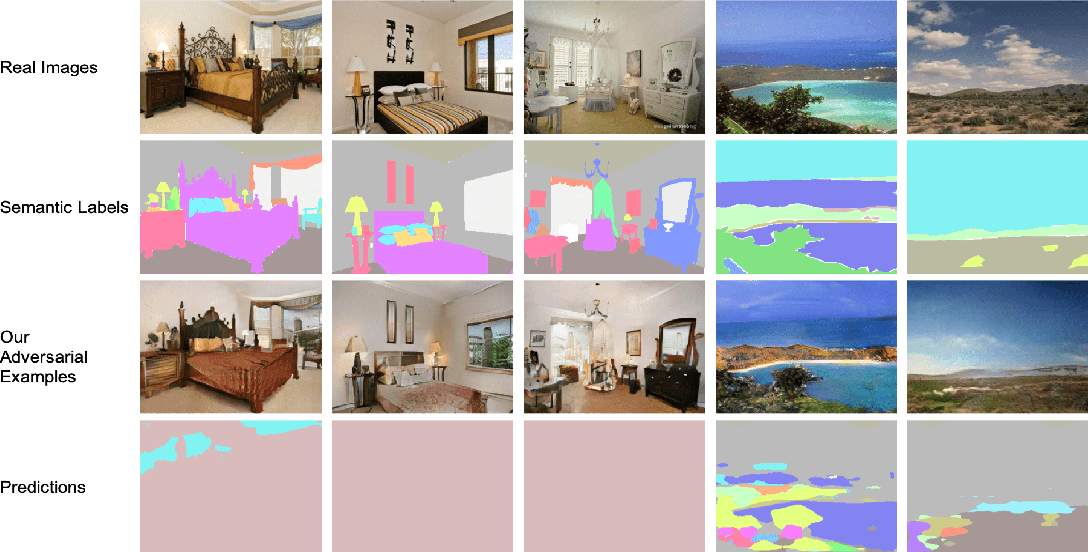 Due to the inherent robustness of segmentation models, traditional norm-bounded attack methods show limited effect on such type of models. In this paper, we focus on generating unrestricted adversarial examples for semantic segmentation models. We demonstrate a simple and effective method to generate unrestricted adversarial examples using conditional generative adversarial networks (CGAN) without any hand-crafted metric. The na\"ive implementation of CGAN, however, yields inferior image quality and low attack success rate. Instead, we leverage the SPADE (Spatially-adaptive denormalization) structure with an additional loss item to generate effective adversarial attacks in a single step. We validate our approach on the popular Cityscapes and ADE20K datasets, and demonstrate that our synthetic adversarial examples are not only realistic, but also improve the attack success rate by up to 41.0\% compared with the state of the art adversarial attack methods including PGD. 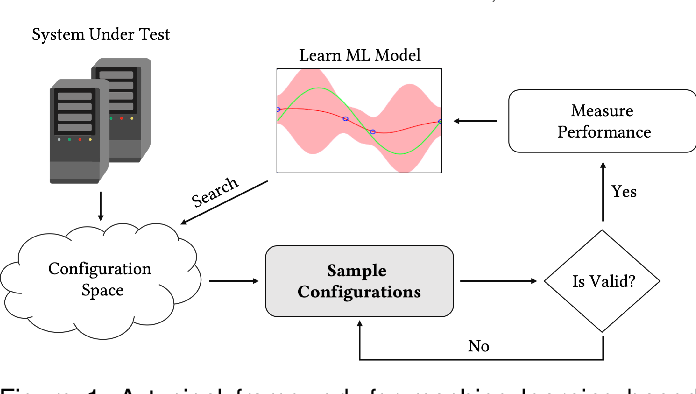 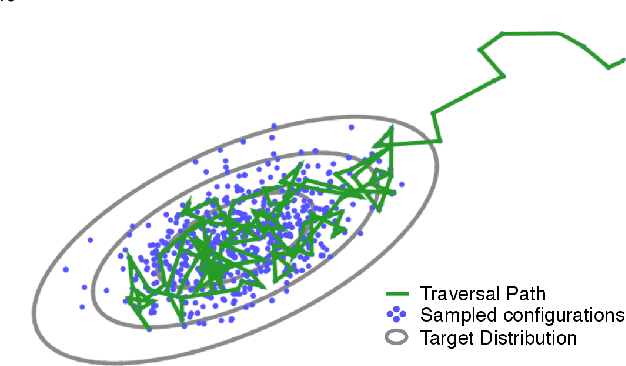 Configuration space complexity makes the big-data software systems hard to configure well. Consider Hadoop, with over nine hundred parameters, developers often just use the default configurations provided with Hadoop distributions. The opportunity costs in lost performance are significant. Popular learning-based approaches to auto-tune software does not scale well for big-data systems because of the high cost of collecting training data. We present a new method based on a combination of Evolutionary Markov Chain Monte Carlo (EMCMC) sampling and cost reduction techniques to cost-effectively find better-performing configurations for big data systems. For cost reduction, we developed and experimentally tested and validated two approaches: using scaled-up big data jobs as proxies for the objective function for larger jobs and using a dynamic job similarity measure to infer that results obtained for one kind of big data problem will work well for similar problems. Our experimental results suggest that our approach promises to significantly improve the performance of big data systems and that it outperforms competing approaches based on random sampling, basic genetic algorithms (GA), and predictive model learning. Our experimental results support the conclusion that our approach has strongly demonstrated potential to significantly and cost-effectively improve the performance of big data systems.

Semantic segmentation is one of the most impactful applications of machine learning; however, their robustness under adversarial attack is not well studied. In this paper, we focus on generating unrestricted adversarial examples for semantic segmentation models. We demonstrate a simple yet effective method to generate unrestricted adversarial examples using conditional generative adversarial networks (CGAN) without any hand-crafted metric. The na\"ive implementation of CGAN, however, yields inferior image quality and low attack success rate. Instead, we leverage the SPADE (Spatially-adaptive denormalization) structure with an additional loss item, which is able to generate effective adversarial attacks in a single step. We validate our approach on the well studied Cityscapes and ADE20K datasets, and demonstrate that our synthetic adversarial examples are not only realistic, but also improve the attack success rate by up to 41.0\% compared with the state of the art adversarial attack methods including PGD attack.

Image classification is an important task in today's world with many applications from socio-technical to safety-critical domains. The recent advent of Deep Neural Network (DNN) is the key behind such a wide-spread success. However, such wide adoption comes with the concerns about the reliability of these systems, as several erroneous behaviors have already been reported in many sensitive and critical circumstances. Thus, it has become crucial to rigorously test the image classifiers to ensure high reliability. Many reported erroneous cases in popular neural image classifiers appear because the models often confuse one class with another, or show biases towards some classes over others. These errors usually violate some group properties. Most existing DNN testing and verification techniques focus on per image violations and thus fail to detect such group-level confusions or biases. In this paper, we design, implement and evaluate DeepInspect, a white box testing tool, for automatically detecting confusion and bias of DNN-driven image classification applications. We evaluate DeepInspect using popular DNN-based image classifiers and detect hundreds of classification mistakes. Some of these cases are able to expose potential biases of the network towards certain populations. DeepInspect further reports many classification errors in state-of-the-art robust models. 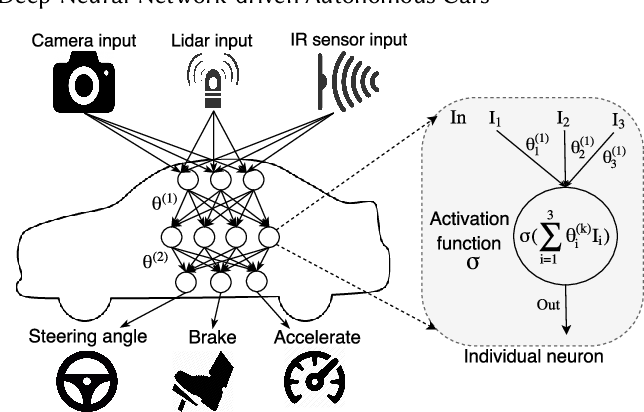 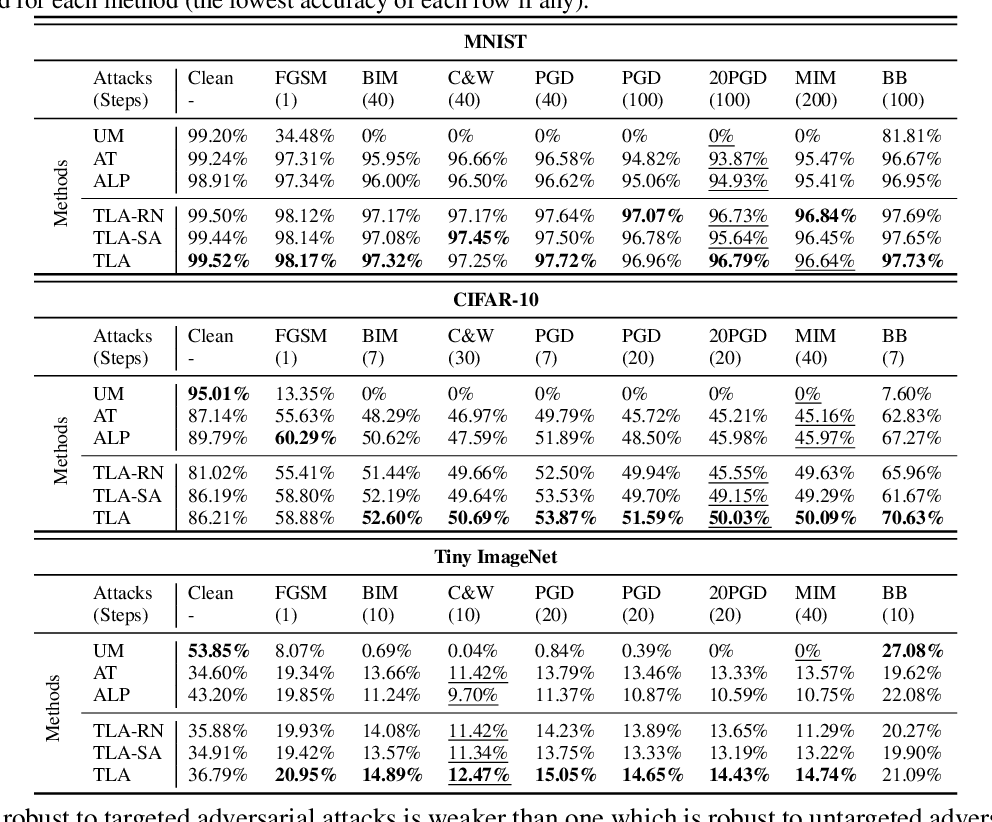 Deep networks are well-known to be fragile to adversarial attacks. Using several standard image datasets and established attack mechanisms, we conduct an empirical analysis of deep representations under attack, and find that the attack causes the internal representation to shift closer to the "false" class. Motivated by this observation, we propose to regularize the representation space under attack with metric learning in order to produce more robust classifiers. By carefully sampling examples for metric learning, our learned representation not only increases robustness, but also can detect previously unseen adversarial samples. Quantitative experiments show improvement of robustness accuracy by up to 4\% and detection efficiency by up to 6\% according to Area Under Curve (AUC) score over baselines. 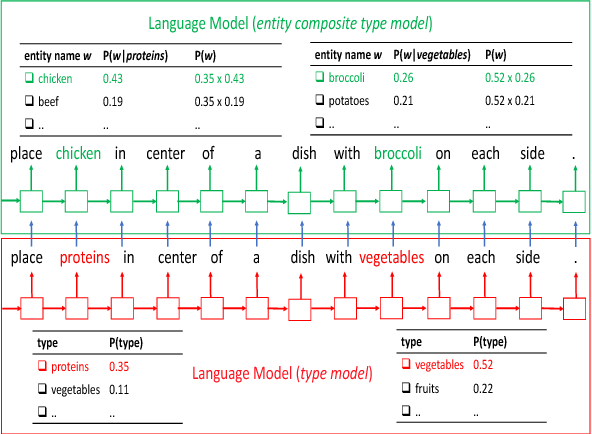 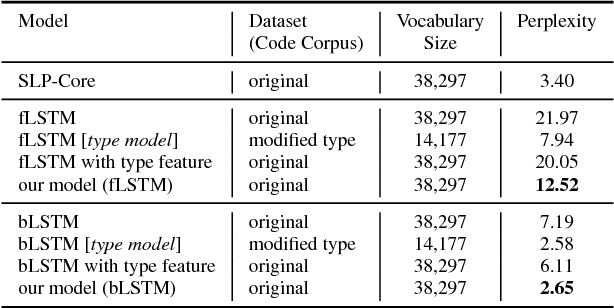 Text in many domains involves a significant amount of named entities. Predict- ing the entity names is often challenging for a language model as they appear less frequent on the training corpus. In this paper, we propose a novel and effective approach to building a discriminative language model which can learn the entity names by leveraging their entity type information. We also introduce two benchmark datasets based on recipes and Java programming codes, on which we evalu- ate the proposed model. Experimental re- sults show that our model achieves 52.2% better perplexity in recipe generation and 22.06% on code generation than the state-of-the-art language models.

Fuzzing has become the de facto standard technique for finding software vulnerabilities. However, even state-of-the-art fuzzers are not very efficient at finding hard-to-trigger software bugs. Most popular fuzzers use evolutionary guidance to generate inputs that can trigger different bugs. Such evolutionary algorithms, while fast and simple to implement, often get stuck in fruitless sequences of random mutations. Gradient-guided optimization presents a promising alternative to evolutionary guidance. Gradient-guided techniques have been shown to significantly outperform evolutionary algorithms at solving high-dimensional structured optimization problems in domains like machine learning by efficiently utilizing gradients or higher-order derivatives of the underlying function. However, gradient-guided approaches are not directly applicable to fuzzing as real-world program behaviors contain many discontinuities, plateaus, and ridges where the gradient-based methods often get stuck. We observe that this problem can be addressed by creating a smooth surrogate function approximating the discrete branching behavior of target program. In this paper, we propose a novel program smoothing technique using surrogate neural network models that can incrementally learn smooth approximations of a complex, real-world program's branching behaviors. We further demonstrate that such neural network models can be used together with gradient-guided input generation schemes to significantly improve the fuzzing efficiency. Our extensive evaluations demonstrate that NEUZZ significantly outperforms 10 state-of-the-art graybox fuzzers on 10 real-world programs both at finding new bugs and achieving higher edge coverage. NEUZZ found 31 unknown bugs that other fuzzers failed to find in 10 real world programs and achieved 3X more edge coverage than all of the tested graybox fuzzers for 24 hours running.