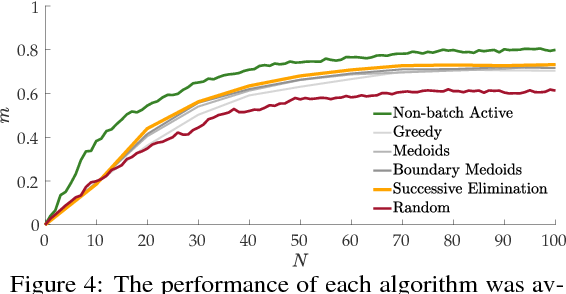 Data generation and labeling are usually an expensive part of learning for robotics. While active learning methods are commonly used to tackle the former problem, preference-based learning is a concept that attempts to solve the latter by querying users with preference questions. In this paper, we will develop a new algorithm, batch active preference-based learning, that enables efficient learning of reward functions using as few data samples as possible while still having short query generation times. We introduce several approximations to the batch active learning problem, and provide theoretical guarantees for the convergence of our algorithms. Finally, we present our experimental results for a variety of robotics tasks in simulation. Our results suggest that our batch active learning algorithm requires only a few queries that are computed in a short amount of time. We then showcase our algorithm in a study to learn human users' preferences.


* Proceedings of the 2nd Conference on Robot Learning (CoRL), October 2018

Learning How to Dynamically Route Autonomous Vehicles on Shared Roads 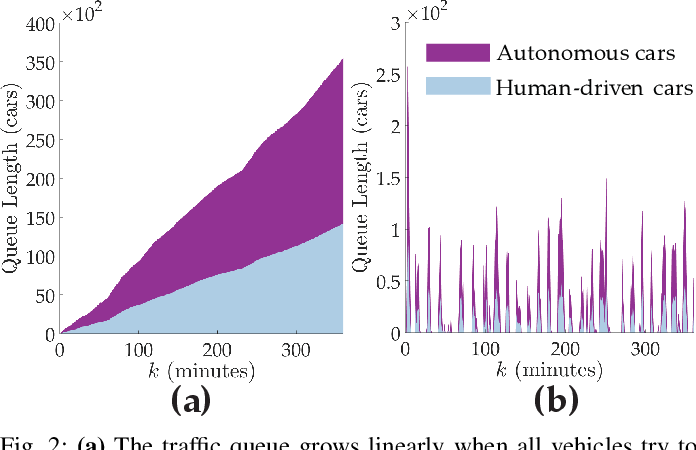 Road congestion induces significant costs across the world, and road network disturbances, such as traffic accidents, can cause highly congested traffic patterns. If a planner had control over the routing of all vehicles in the network, they could easily reverse this effect. In a more realistic scenario, we consider a planner that controls autonomous cars, which are a fraction of all present cars. We study a dynamic routing game, in which the route choices of autonomous cars can be controlled and the human drivers react selfishly and dynamically to autonomous cars' actions. As the problem is prohibitively large, we use deep reinforcement learning to learn a policy for controlling the autonomous vehicles. This policy influences human drivers to route themselves in such a way that minimizes congestion on the network. To gauge the effectiveness of our learned policies, we establish theoretical results characterizing equilibria on a network of parallel roads and empirically compare the learned policy results with best possible equilibria. Moreover, we show that in the absence of these policies, high demands and network perturbations would result in large congestion, whereas using the policy greatly decreases the travel times by minimizing the congestion. To the best of our knowledge, this is the first work that employs deep reinforcement learning to reduce congestion by influencing humans' routing decisions in mixed-autonomy traffic.

Data collection and labeling is one of the main challenges in employing machine learning algorithms in a variety of real-world applications with limited data. While active learning methods attempt to tackle this issue by labeling only the data samples that give high information, they generally suffer from large computational costs and are impractical in settings where data can be collected in parallel. Batch active learning methods attempt to overcome this computational burden by querying batches of samples at a time. To avoid redundancy between samples, previous works rely on some ad hoc combination of sample quality and diversity. In this paper, we present a new principled batch active learning method using Determinantal Point Processes, a repulsive point process that enables generating diverse batches of samples. We develop tractable algorithms to approximate the mode of a DPP distribution, and provide theoretical guarantees on the degree of approximation. We further demonstrate that an iterative greedy method for DPP maximization, which has lower computational costs but worse theoretical guarantees, still gives competitive results for batch active learning. Our experiments show the value of our methods on several datasets against state-of-the-art baselines. 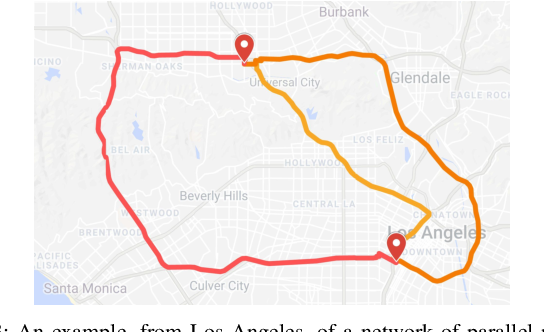 Autonomous vehicles have the potential to increase the capacity of roads via platooning, even when human drivers and autonomous vehicles share roads. However, when users of a road network choose their routes selfishly, the resulting traffic configuration may be very inefficient. Because of this, we consider how to influence human decisions so as to decrease congestion on these roads. We consider a network of parallel roads with two modes of transportation: (i) human drivers who will choose the quickest route available to them, and (ii) ride hailing service which provides an array of autonomous vehicle ride options, each with different prices, to users. In this work, we seek to design these prices so that when autonomous service users choose from these options and human drivers selfishly choose their resulting routes, road usage is maximized and transit delay is minimized. To do so, we formalize a model of how autonomous service users make choices between routes with different price/delay values. Developing a preference-based algorithm to learn the preferences of the users, and using a vehicle flow model related to the Fundamental Diagram of Traffic, we formulate a planning optimization to maximize a social objective and demonstrate the benefit of the proposed routing and learning scheme.

Traffic congestion has large economic and social costs. The introduction of autonomous vehicles can potentially reduce this congestion, both by increasing network throughput and by enabling a social planner to incentivize users of autonomous vehicles to take longer routes that can alleviate congestion on more direct roads. We formalize the effects of altruistic autonomy on roads shared between human drivers and autonomous vehicles. In this work, we develop a formal model of road congestion on shared roads based on the fundamental diagram of traffic. We consider a network of parallel roads and provide algorithms that compute optimal equilibria that are robust to additional unforeseen demand. We further plan for optimal routings when users have varying degrees of altruism. We find that even with arbitrarily small altruism, total latency can be unboundedly better than without altruism, and that the best selfish equilibrium can be unboundedly better than the worst selfish equilibrium. We validate our theoretical results through microscopic traffic simulations and show average latency decrease of a factor of 4 from worst-case selfish equilibrium to the optimal equilibrium when autonomous vehicles are altruistic.


* Accepted to Workshop on the Algorithmic Foundations of Robotics (WAFR) 2018 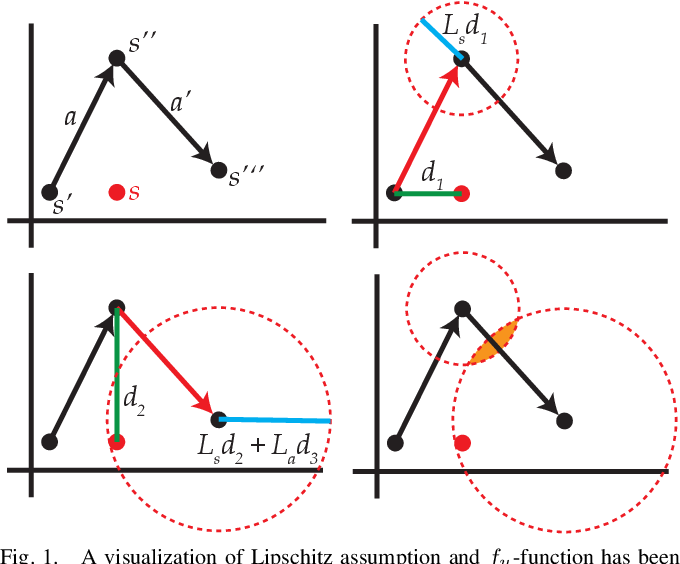 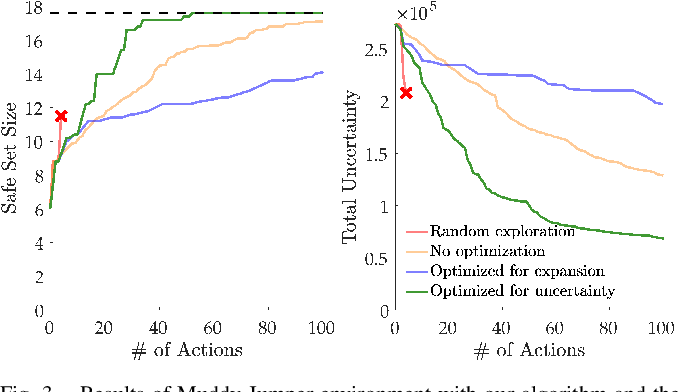 We propose a safe exploration algorithm for deterministic Markov Decision Processes with unknown transition models. Our algorithm guarantees safety by leveraging Lipschitz-continuity to ensure that no unsafe states are visited during exploration. Unlike many other existing techniques, the provided safety guarantee is deterministic. Our algorithm is optimized to reduce the number of actions needed for exploring the safe space. We demonstrate the performance of our algorithm in comparison with baseline methods in simulation on navigation tasks. 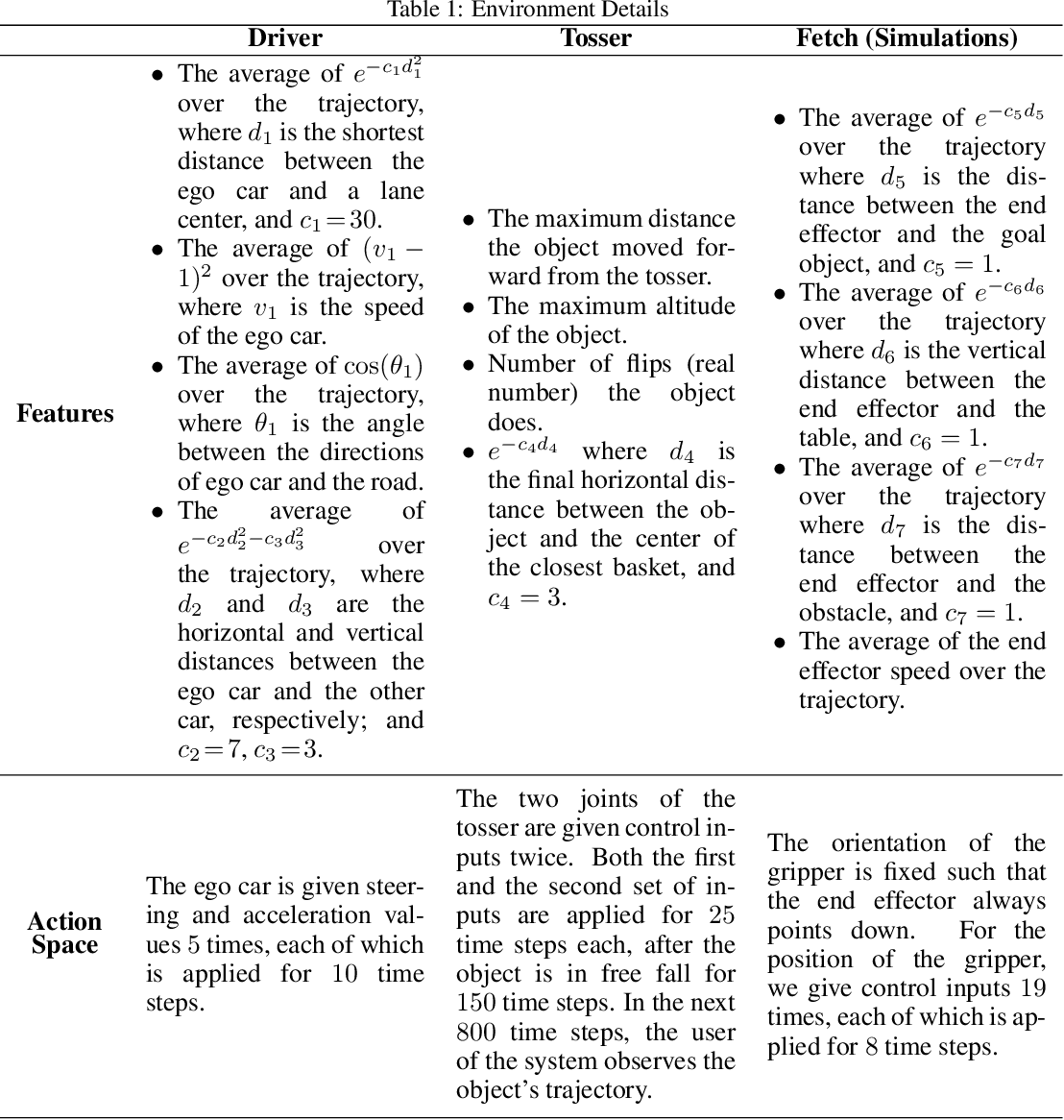 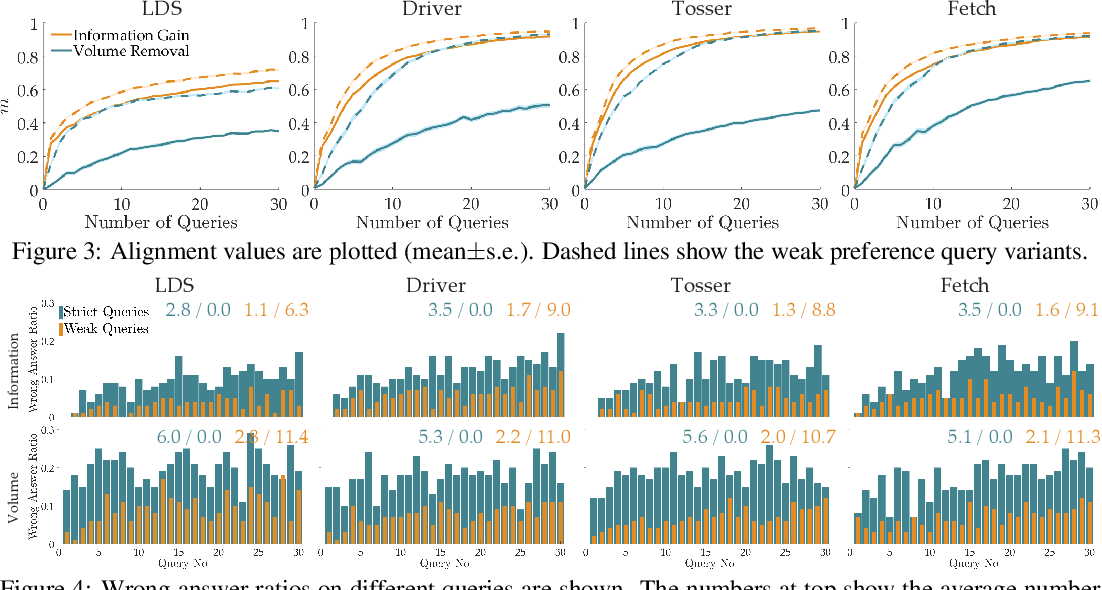 Robots can learn the right reward function by querying a human expert. Existing approaches attempt to choose questions where the robot is most uncertain about the human's response; however, they do not consider how easy it will be for the human to answer! In this paper we explore an information gain formulation for optimally selecting questions that naturally account for the human's ability to answer. Our approach identifies questions that optimize the trade-off between robot and human uncertainty, and determines when these questions become redundant or costly. Simulations and a user study show our method not only produces easy questions, but also ultimately results in faster reward learning.


* Proceedings of the 3rd Conference on Robot Learning (CoRL), October 2019