Some observations on computer lip-reading: moving from the dream to the reality

In the quest for greater computer lip-reading performance there are a number of tacit assumptions which are either present in the datasets (high resolution for example) or in the methods (recognition of spoken visual units called visemes for example). Here we review these and other assumptions and show the surprising result that computer lip-reading is not heavily constrained by video resolution, pose, lighting and other practical factors. However, the working assumption that visemes, which are the visual equivalent of phonemes, are the best unit for recognition does need further examination. We conclude that visemes, which were defined over a century ago, are unlikely to be optimal for a modern computer lip-reading system.


* Helen L. Bear, Gari Owen, Richard Harvey, and Barry-John Theobald. Some observations on computer lip-reading: moving from the dream to the reality. International Society for Optics and Photonics- Security and defence. 2014. p92530G--92530G 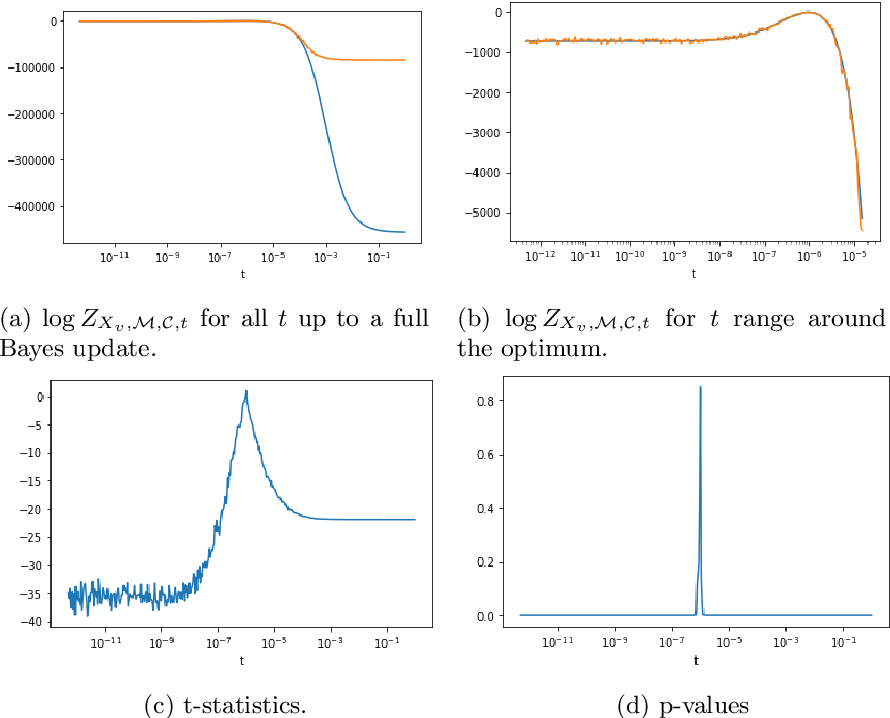 Model misspecification is a long-standing enigma of the Bayesian inference framework as posteriors tend to get overly concentrated on ill-informed parameter values towards the large sample limit. Tempering of the likelihood has been established as a safer way to do updates from prior to posterior in the presence of model misspecification. At one extreme tempering can ignore the data altogether and at the other extreme it provides the standard Bayes' update when no misspecification is assumed to be present. However, it is an open issue how to best recognize misspecification and choose a suitable level of tempering without access to the true generating model. Here we show how probabilistic classifiers can be employed to resolve this issue. By training a probabilistic classifier to discriminate between simulated and observed data provides an estimate of the ratio between the model likelihood and the likelihood of the data under the unobserved true generative process, within the discriminatory abilities of the classifier. The expectation of the logarithm of a ratio with respect to the data generating process gives an estimation of the negative Kullback-Leibler divergence between the statistical generative model and the true generative distribution. Using a set of canonical examples we show that this divergence provides a useful misspecification diagnostic, a model comparison tool, and a method to inform a generalised Bayesian update in the presence of misspecification for likelihood-based models.