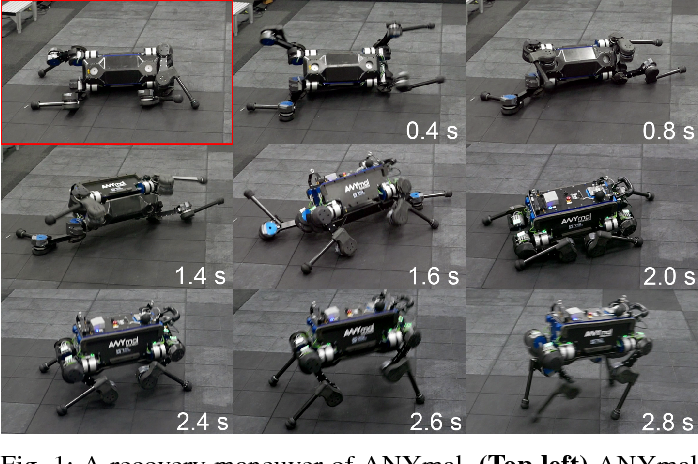 The ability to recover from a fall is an essential feature for a legged robot to navigate in challenging environments robustly. Until today, there has been very little progress on this topic. Current solutions mostly build upon (heuristically) predefined trajectories, resulting in unnatural behaviors and requiring considerable effort in engineering system-specific components. In this paper, we present an approach based on model-free Deep Reinforcement Learning (RL) to control recovery maneuvers of quadrupedal robots using a hierarchical behavior-based controller. The controller consists of four neural network policies including three behaviors and one behavior selector to coordinate them. Each of them is trained individually in simulation and deployed directly on a real system. We experimentally validate our approach on the quadrupedal robot ANYmal, which is a dog-sized quadrupedal system with 12 degrees of freedom. With our method, ANYmal manifests dynamic and reactive recovery behaviors to recover from an arbitrary fall configuration within less than 5 seconds. We tested the recovery maneuver more than 100 times, and the success rate was higher than 97 %. 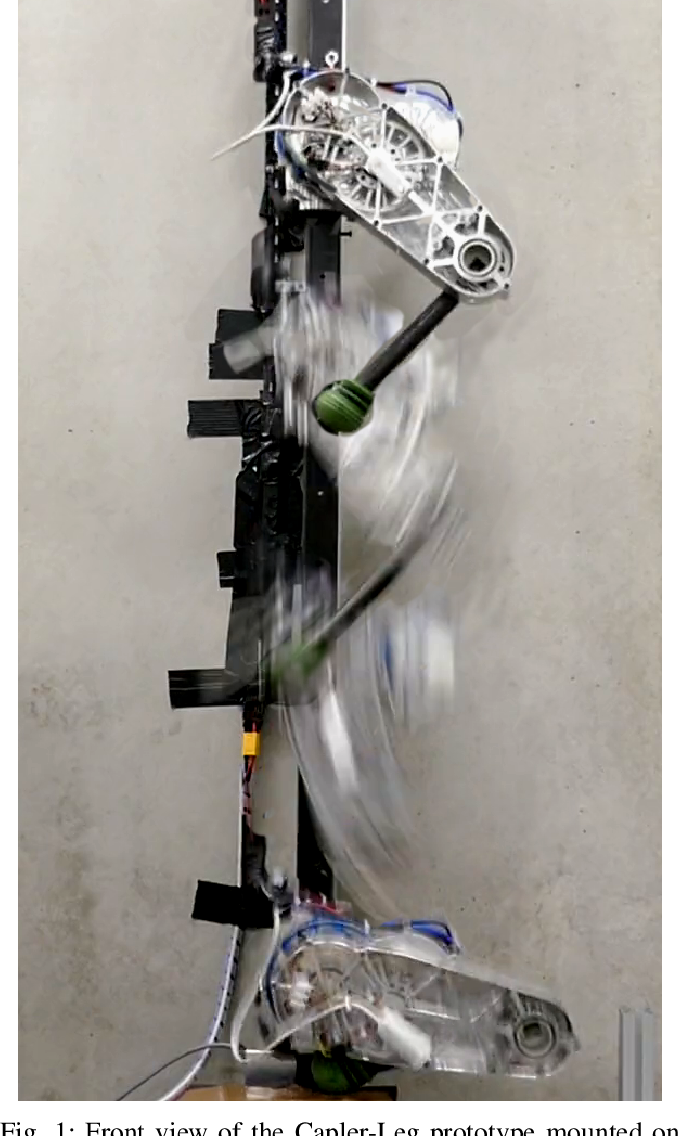 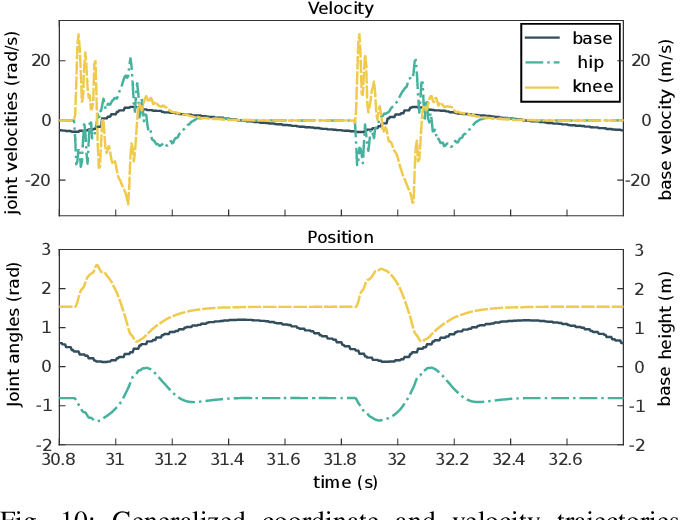 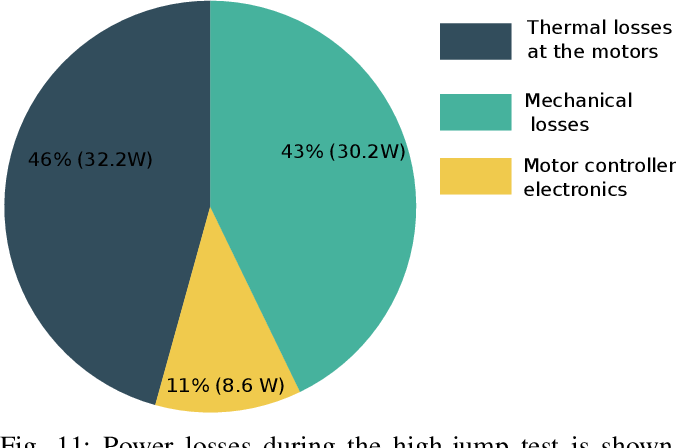 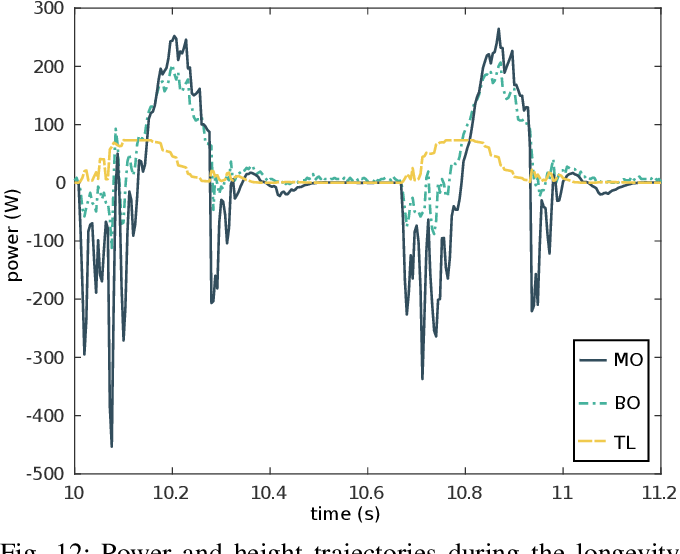 This paper presents design and experimental evaluations of an articulated robotic limb called Capler-Leg. The key element of Capler-Leg is its single-stage cable-pulley transmission combined with a high-gap radius motor. Our cable-pulley system is designed to be as light-weight as possible and to additionally serve as the primary cooling element, thus significantly increasing the power density and efficiency of the overall system. The total weight of active elements on the leg, i.e. the stators and the rotors, contribute more than 60% of the total leg weight, which is an order of magnitude higher than most existing robots. The resulting robotic leg has low inertia, high torque transparency, low manufacturing cost, no backlash, and a low number of parts. Capler-Leg system itself, serves as an experimental setup for evaluating the proposed cable- pulley design in terms of robustness and efficiency. A continuous jump experiment shows a remarkable 96.5 % recuperation rate, measured at the battery output. This means that almost all the mechanical energy output used during push-off returned back to the battery during touch-down.

Control of a Quadrotor with Reinforcement Learning 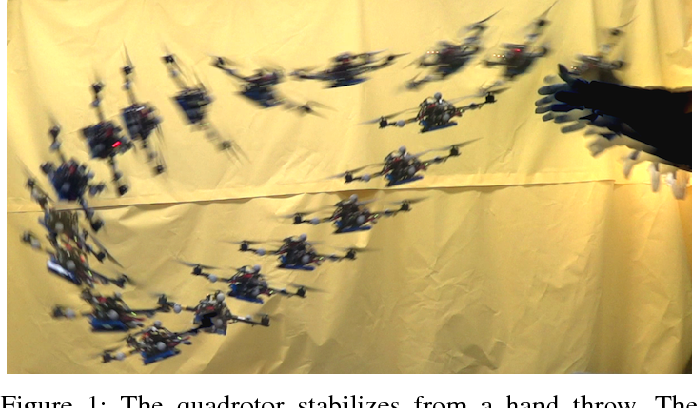 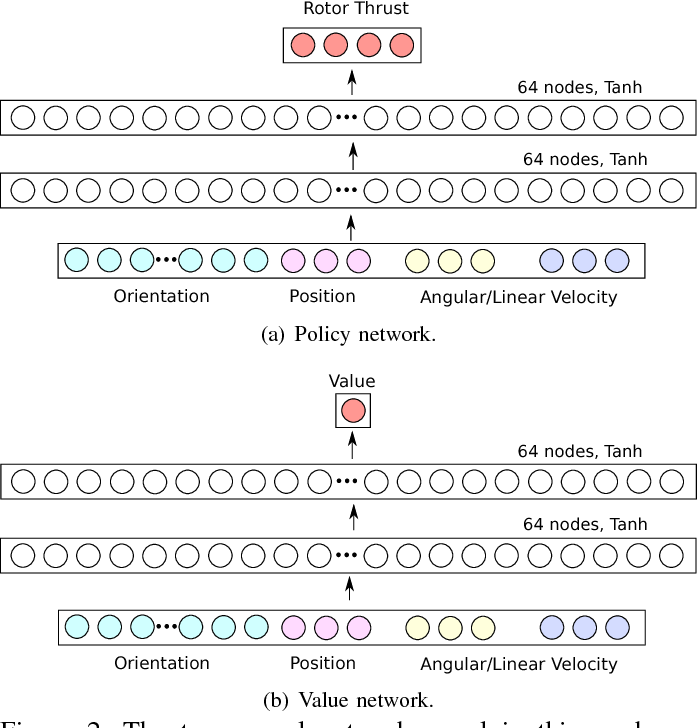 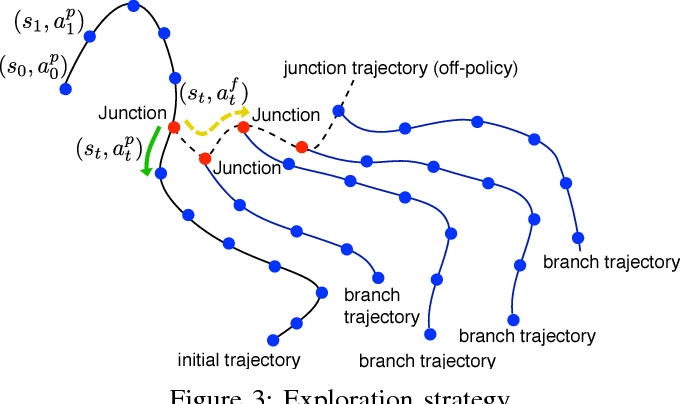 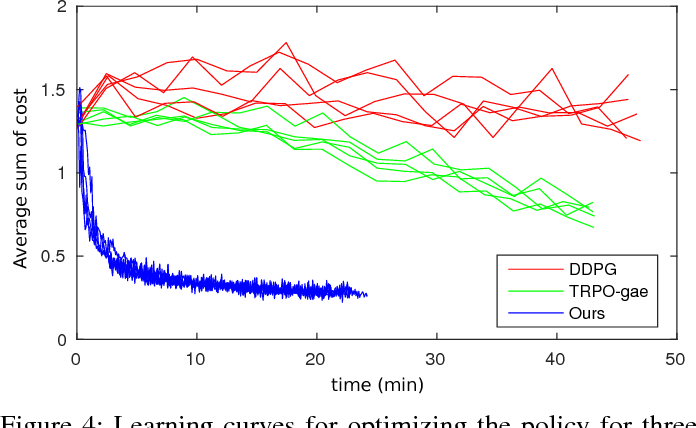 In this paper, we present a method to control a quadrotor with a neural network trained using reinforcement learning techniques. With reinforcement learning, a common network can be trained to directly map state to actuator command making any predefined control structure obsolete for training. Moreover, we present a new learning algorithm which differs from the existing ones in certain aspects. Our algorithm is conservative but stable for complicated tasks. We found that it is more applicable to controlling a quadrotor than existing algorithms. We demonstrate the performance of the trained policy both in simulation and with a real quadrotor. Experiments show that our policy network can react to step response relatively accurately. With the same policy, we also demonstrate that we can stabilize the quadrotor in the air even under very harsh initialization (manually throwing it upside-down in the air with an initial velocity of 5 m/s). Computation time of evaluating the policy is only 7 {\mu}s per time step which is two orders of magnitude less than common trajectory optimization algorithms with an approximated model.