With the advent of deep learning, object detection drifted from a bottom-up to a top-down recognition problem. State of the art algorithms enumerate a near-exhaustive list of object locations and classify each into: object or not. In this paper, we show that bottom-up approaches still perform competitively. We detect four extreme points (top-most, left-most, bottom-most, right-most) and one center point of objects using a standard keypoint estimation network. We group the five keypoints into a bounding box if they are geometrically aligned. Object detection is then a purely appearance-based keypoint estimation problem, without region classification or implicit feature learning. The proposed method performs on-par with the state-of-the-art region based detection methods, with a bounding box AP of 43.2% on COCO test-dev. In addition, our estimated extreme points directly span a coarse octagonal mask, with a COCO Mask AP of 18.9%, much better than the Mask AP of vanilla bounding boxes. Extreme point guided segmentation further improves this to 34.6% Mask AP.

Recently, research on accelerated stochastic gradient descent methods (e.g., SVRG) has made exciting progress (e.g., linear convergence for strongly convex problems). However, the best-known methods (e.g., Katyusha) requires at least two auxiliary variables and two momentum parameters. In this paper, we propose a fast stochastic variance reduction gradient (FSVRG) method, in which we design a novel update rule with the Nesterov's momentum and incorporate the technique of growing epoch size. FSVRG has only one auxiliary variable and one momentum weight, and thus it is much simpler and has much lower per-iteration complexity. We prove that FSVRG achieves linear convergence for strongly convex problems and the optimal $\mathcal{O}(1/T^2)$ convergence rate for non-strongly convex problems, where $T$ is the number of outer-iterations. We also extend FSVRG to directly solve the problems with non-smooth component functions, such as SVM. Finally, we empirically study the performance of FSVRG for solving various machine learning problems such as logistic regression, ridge regression, Lasso and SVM. Our results show that FSVRG outperforms the state-of-the-art stochastic methods, including Katyusha.


* Corrected a few typos in this version

Large-scale non-convex sparsity-constrained problems have recently gained extensive attention. Most existing deterministic optimization methods (e.g., GraSP) are not suitable for large-scale and high-dimensional problems, and thus stochastic optimization methods with hard thresholding (e.g., SVRGHT) become more attractive. Inspired by GraSP, this paper proposes a new general relaxed gradient support pursuit (RGraSP) framework, in which the sub-algorithm only requires to satisfy a slack descent condition. We also design two specific semi-stochastic gradient hard thresholding algorithms. In particular, our algorithms have much less hard thresholding operations than SVRGHT, and their average per-iteration cost is much lower (i.e., O(d) vs. O(d log(d)) for SVRGHT), which leads to faster convergence. Our experimental results on both synthetic and real-world datasets show that our algorithms are superior to the state-of-the-art gradient hard thresholding methods.

Large-scale machine learning training suffers from two prior challenges, specifically for nuclear-norm constrained problems with distributed systems: the synchronization slowdown due to the straggling workers, and high communication costs. In this work, we propose an asynchronous Stochastic Frank Wolfe (SFW-asyn) method, which, for the first time, solves the two problems simultaneously, while successfully maintaining the same convergence rate as the vanilla SFW. We implement our algorithm in python (with MPI) to run on Amazon EC2, and demonstrate that SFW-asyn yields speed-ups almost linear to the number of machines compared to the vanilla SFW. 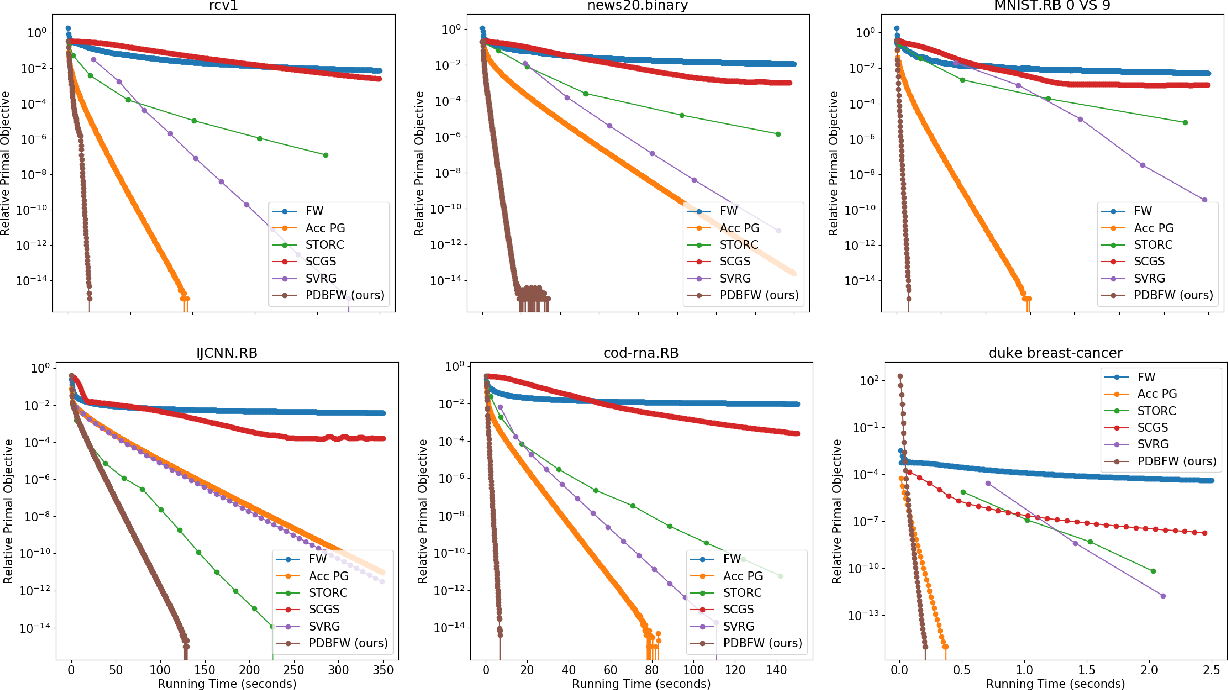 We propose a variant of the Frank-Wolfe algorithm for solving a class of sparse/low-rank optimization problems. Our formulation includes Elastic Net, regularized SVMs and phase retrieval as special cases. The proposed Primal-Dual Block Frank-Wolfe algorithm reduces the per-iteration cost while maintaining linear convergence rate. The per iteration cost of our method depends on the structural complexity of the solution (i.e. sparsity/low-rank) instead of the ambient dimension. We empirically show that our algorithm outperforms the state-of-the-art methods on (multi-class) classification tasks. 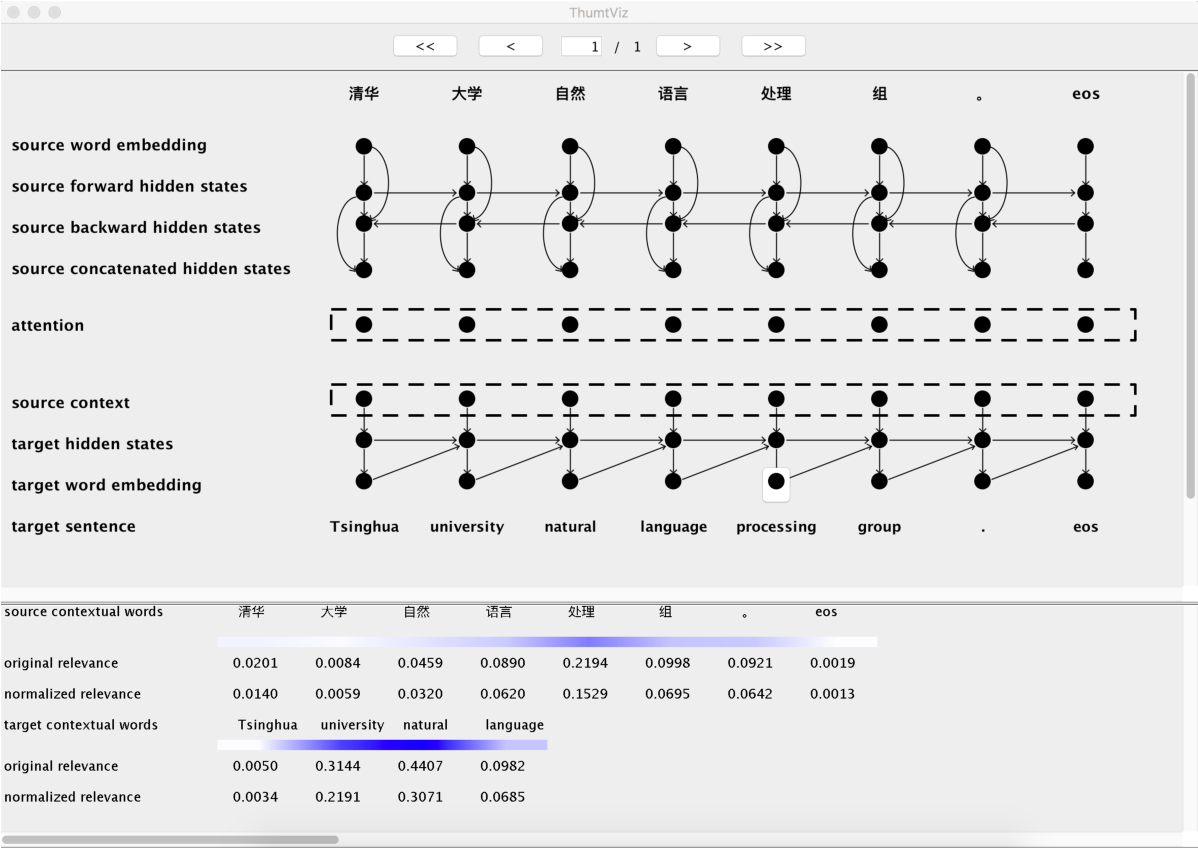 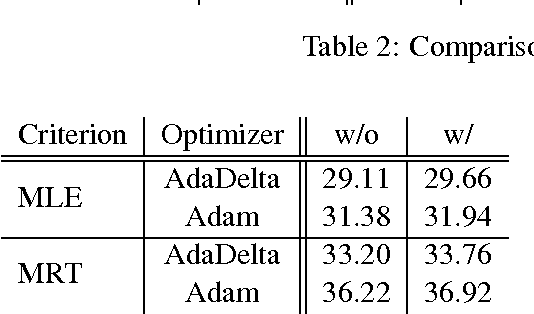