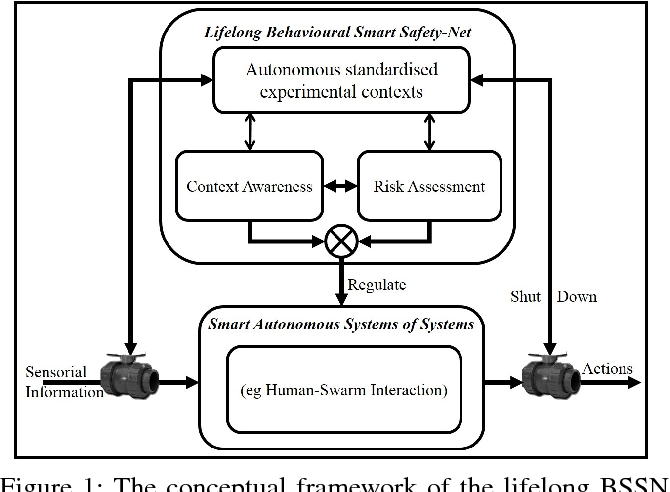 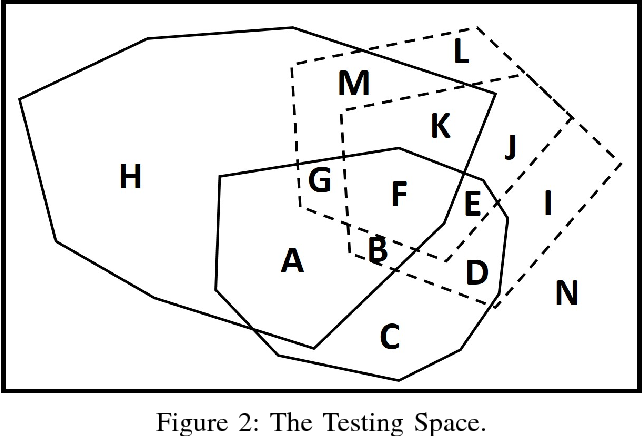 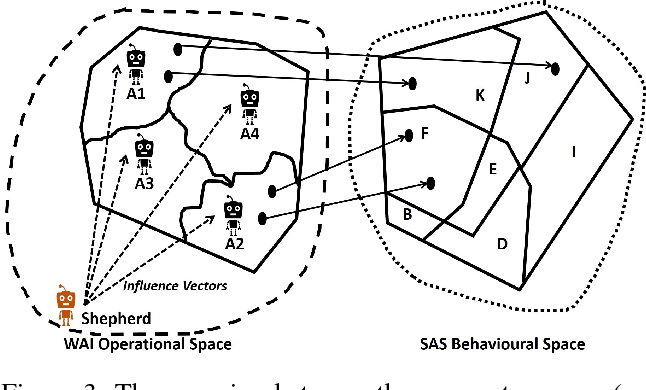 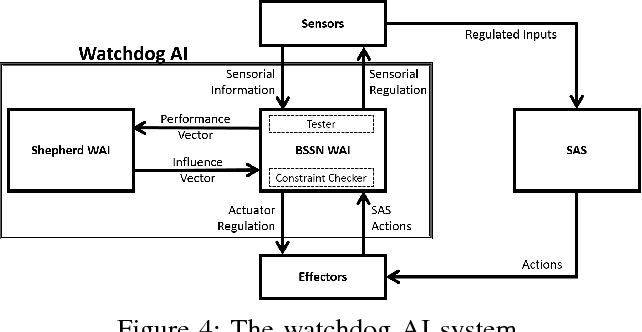 Artificial Intelligence (AI) technologies could be broadly categorised into Analytics and Autonomy. Analytics focuses on algorithms offering perception, comprehension, and projection of knowledge gleaned from sensorial data. Autonomy revolves around decision making, and influencing and shaping the environment through action production. A smart autonomous system (SAS) combines analytics and autonomy to understand, learn, decide and act autonomously. To be useful, SAS must be trusted and that requires testing. Lifelong learning of a SAS compounds the testing process. In the remote chance that it is possible to fully test and certify the system pre-release, which is theoretically an undecidable problem, it is near impossible to predict the future behaviours that these systems, alone or collectively, will exhibit. While it may be feasible to severely restrict such systems\textquoteright \ learning abilities to limit the potential unpredictability of their behaviours, an undesirable consequence may be severely limiting their utility. In this paper, we propose the architecture for a watchdog AI (WAI) agent dedicated to lifelong functional testing of SAS. We further propose system specifications including a level of abstraction whereby humans shepherd a swarm of WAI agents to oversee an ecosystem made of humans and SAS. The discussion extends to the challenges, pros, and cons of the proposed concept.

Some observations on computer lip-reading: moving from the dream to the reality

In the quest for greater computer lip-reading performance there are a number of tacit assumptions which are either present in the datasets (high resolution for example) or in the methods (recognition of spoken visual units called visemes for example). Here we review these and other assumptions and show the surprising result that computer lip-reading is not heavily constrained by video resolution, pose, lighting and other practical factors. However, the working assumption that visemes, which are the visual equivalent of phonemes, are the best unit for recognition does need further examination. We conclude that visemes, which were defined over a century ago, are unlikely to be optimal for a modern computer lip-reading system.


* Helen L. Bear, Gari Owen, Richard Harvey, and Barry-John Theobald. Some observations on computer lip-reading: moving from the dream to the reality. International Society for Optics and Photonics- Security and defence. 2014. p92530G--92530G 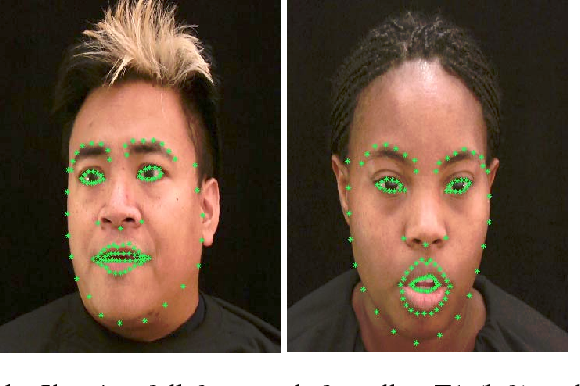 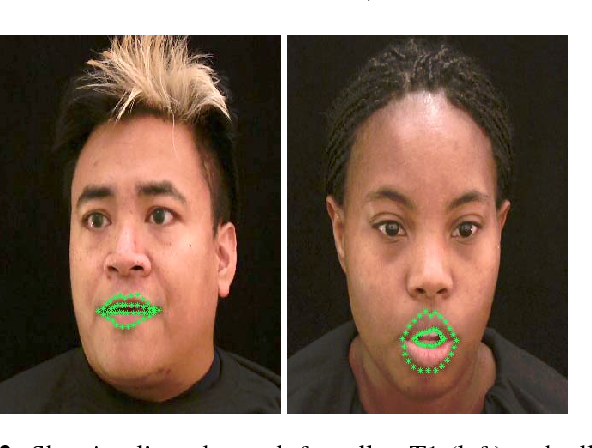 Visual-only speech recognition is dependent upon a number of factors that can be difficult to control, such as: lighting; identity; motion; emotion and expression. But some factors, such as video resolution are controllable, so it is surprising that there is not yet a systematic study of the effect of resolution on lip-reading. Here we use a new data set, the Rosetta Raven data, to train and test recognizers so we can measure the affect of video resolution on recognition accuracy. We conclude that, contrary to common practice, resolution need not be that great for automatic lip-reading. However it is highly unlikely that automatic lip-reading can work reliably when the distance between the bottom of the lower lip and the top of the upper lip is less than four pixels at rest. 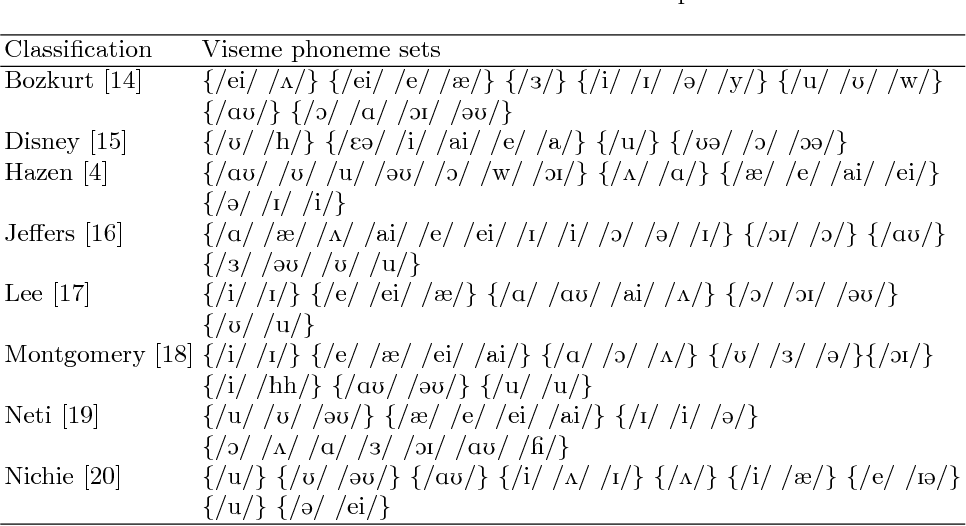 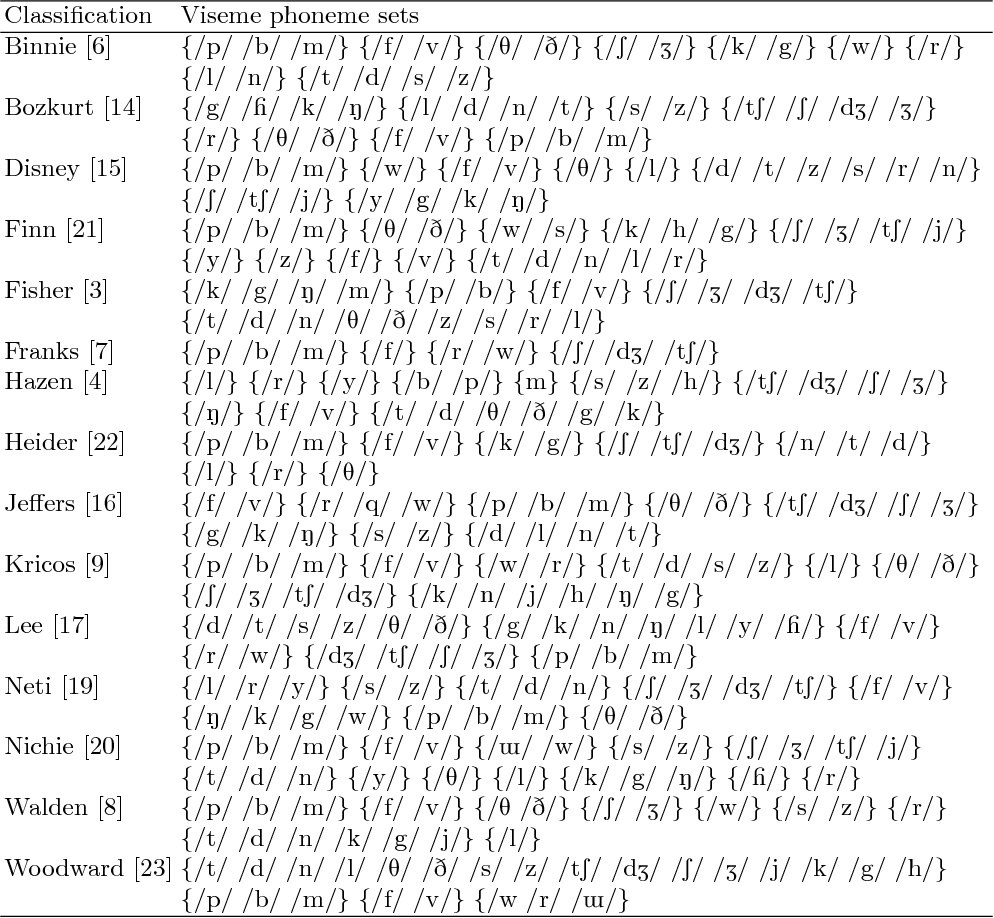 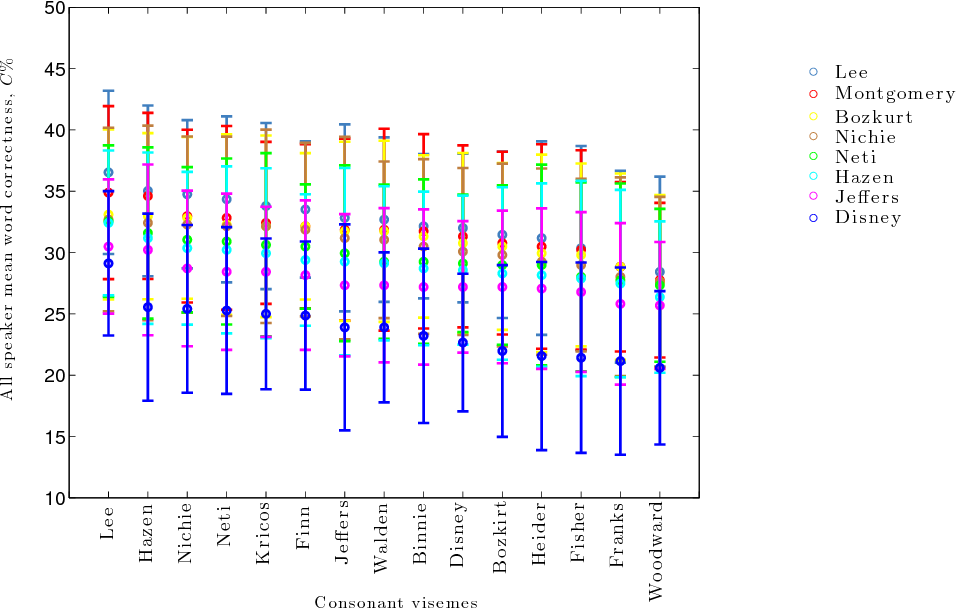 A critical assumption of all current visual speech recognition systems is that there are visual speech units called visemes which can be mapped to units of acoustic speech, the phonemes. Despite there being a number of published maps it is infrequent to see the effectiveness of these tested, particularly on visual-only lip-reading (many works use audio-visual speech). Here we examine 120 mappings and consider if any are stable across talkers. We show a method for devising maps based on phoneme confusions from an automated lip-reading system, and we present new mappings that show improvements for individual talkers.