Applying Chatbots to the Internet of Things: Opportunities and Architectural Elements 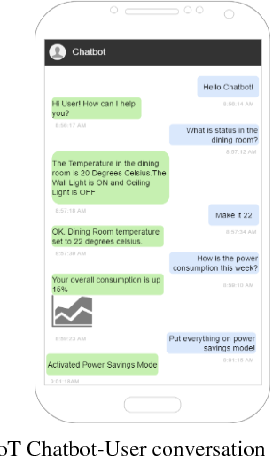 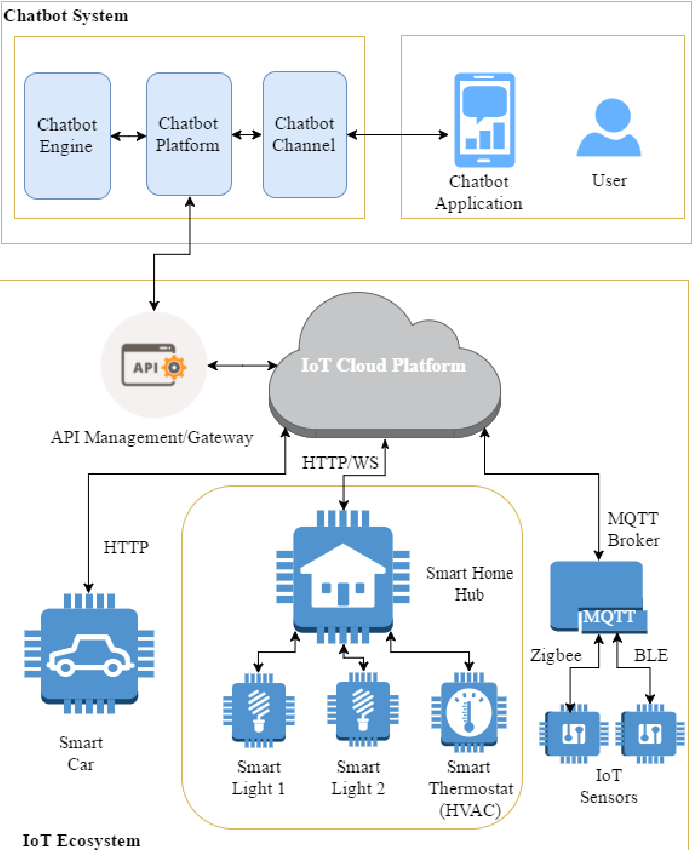 Internet of Things (IoT) is emerging as a significant technology in shaping the future by connecting physical devices or things with internet. It also presents various opportunities for intersection of other technological trends which can allow it to become even more intelligent and efficient. In this paper we focus our attention on the integration of Intelligent Conversational Software Agents or Chatbots with IoT. Literature surveys have looked into various applications, features, underlying technologies and known challenges of IoT. On the other hand, Chatbots are being adopted in greater numbers due to major strides in development of platforms and frameworks. The novelty of this paper lies in the specific integration of Chatbots in the IoT scenario. We analyzed the shortcomings of existing IoT systems and put forward ways to tackle them by incorporating chatbots. A general architecture is proposed for implementing such a system, as well as platforms and frameworks, both commercial and open source, which allow for implementation of such systems. Identification of the newer challenges and possible future directions with this new integration, have also been addressed. 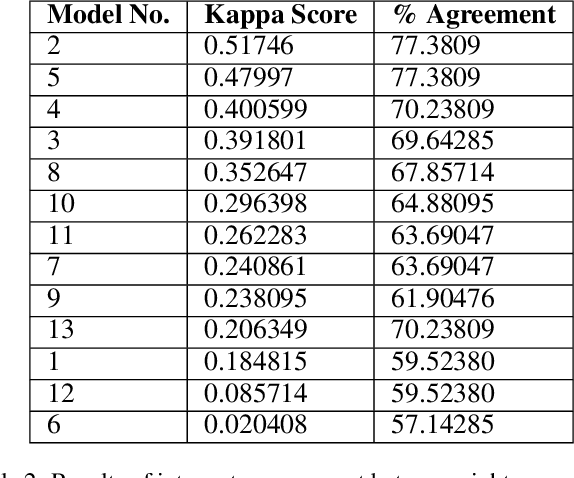 A proactive approach to raise awareness while preventing misinformation is a modern-day challenge in all domains including healthcare. Such awareness and sensitization approaches to prevention and containment are important components of a strong healthcare system, especially in the times of outbreaks such as the ongoing Covid-19 pandemic. However, there is a fine balance between continuous awareness-raising by providing new information and the risk of misinformation. In this work, we address this gap by creating a life-long learning application that delivers authentic information to users in Hindi, the most widely used local language in India. It does this by matching sources of verified and authentic information such as the WHO reports against daily news by using machine learning and natural language processing. It delivers the narrated content in Hindi by using state-of-the-art text to speech engines. Finally, the approach allows user input for continuous improvement of news feed relevance on a daily basis. We demonstrate a focused application of this approach for Water, Sanitation, Hygiene as it is critical in the containment of the currently raging Covid-19 pandemic through the WashKaro android application. Thirteen combinations of pre-processing strategies, word-embeddings, and similarity metrics were evaluated by eight human users via calculation of agreement statistics. The best performing combination achieved a Cohen's Kappa of 0.54 and was deployed in the WashKaro application back-end. Interventional studies for evaluating the effectiveness of the WashKaro application for preventing WASH-related diseases are planned to be carried out in the Mohalla clinics that provided 3.5 Million consults in 2019 in Delhi, India. Additionally, the application also features human-curated and vetted information to reach out to the community as audio-visual content in local languages.

A common strategy today to generate efficient locomotion movements is to split the problem into two consecutive steps: the first one generates the contact sequence together with the centroidal trajectory, while the second one computes the whole-body trajectory that follows the centroidal pattern. Yet the second step is generally handled by a simple program such as an inverse kinematics solver. In contrast, we propose to compute the whole-body trajectory by using a local optimal control solver, namely Differential Dynamic Programming (DDP). Our method produces more efficient motions, with lower forces and smaller impacts, by exploiting the Angular Momentum (AM). With this aim, we propose an original DDP formulation exploiting the Karush-Kuhn-Tucker constraint of the rigid contact model. We experimentally show the importance of this approach by executing large steps walking on the real HRP-2 robot, and by solving the problem of attitude control under the absence of external forces. 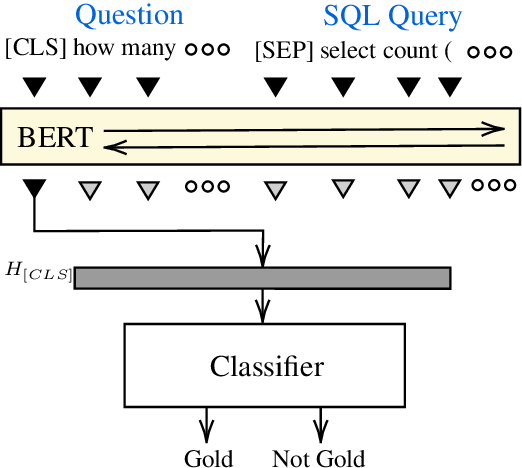 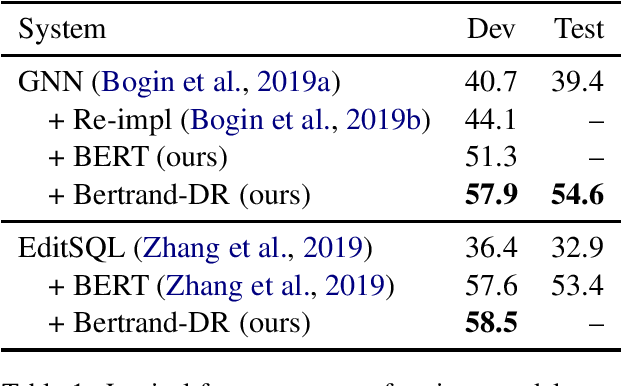 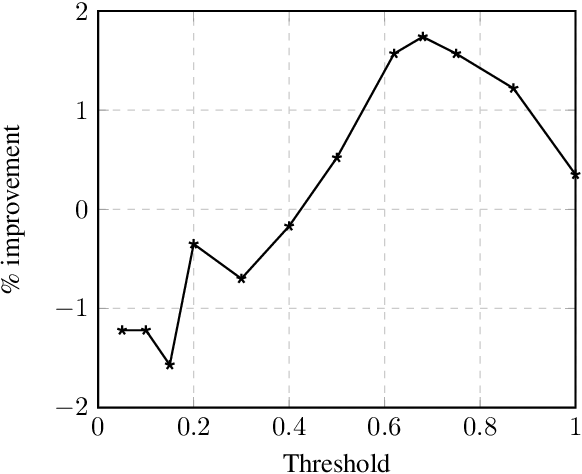 To access data stored in relational databases, users need to understand the database schema and write a query using a query language such as SQL. To simplify this task, text-to-SQL models attempt to translate a user's natural language question to corresponding SQL query. Recently, several generative text-to-SQL models have been developed. We propose a novel discriminative re-ranker to improve the performance of generative text-to-SQL models by extracting the best SQL query from the beam output predicted by the text-to-SQL generator, resulting in improved performance in the cases where the best query was in the candidate list, but not at the top of the list. We build the re-ranker as a schema agnostic BERT fine-tuned classifier. We analyze relative strengths of the text-to-SQL and re-ranker models across different query hardness levels, and suggest how to combine the two models for optimal performance. We demonstrate the effectiveness of the re-ranker by applying it to two state-of-the-art text-to-SQL models, and achieve top 4 score on the Spider leaderboard at the time of writing this article.

Generative Adversarial Networks have been crucial in the developments made in unsupervised learning in recent times. Exemplars of image synthesis from text or other images, these networks have shown remarkable improvements over conventional methods in terms of performance. Trained on the adversarial training philosophy, these networks aim to estimate the potential distribution from the real data and then use this as input to generate the synthetic data. Based on this fundamental principle, several frameworks can be generated that are paragon implementations in several real-life applications such as art synthesis, generation of high resolution outputs and synthesis of images from human drawn sketches, to name a few. While theoretically GANs present better results and prove to be an improvement over conventional methods in many factors, the implementation of these frameworks for dedicated applications remains a challenge. This study explores and presents a taxonomy of these frameworks and their use in various image to image synthesis and text to image synthesis applications. The basic GANs, as well as a variety of different niche frameworks, are critically analyzed. The advantages of GANs for image generation over conventional methods as well their disadvantages amongst other frameworks are presented. The future applications of GANs in industries such as healthcare, art and entertainment are also discussed. 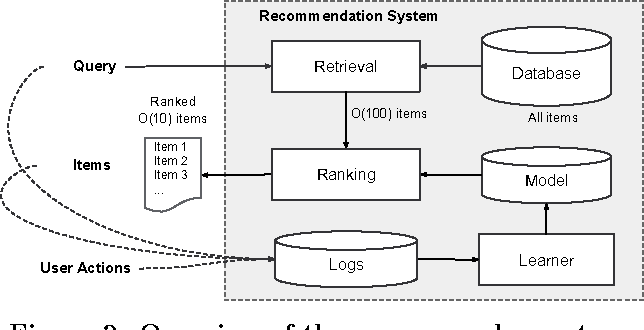 Generalized linear models with nonlinear feature transformations are widely used for large-scale regression and classification problems with sparse inputs. Memorization of feature interactions through a wide set of cross-product feature transformations are effective and interpretable, while generalization requires more feature engineering effort. With less feature engineering, deep neural networks can generalize better to unseen feature combinations through low-dimensional dense embeddings learned for the sparse features. However, deep neural networks with embeddings can over-generalize and recommend less relevant items when the user-item interactions are sparse and high-rank. In this paper, we present Wide & Deep learning---jointly trained wide linear models and deep neural networks---to combine the benefits of memorization and generalization for recommender systems. We productionized and evaluated the system on Google Play, a commercial mobile app store with over one billion active users and over one million apps. Online experiment results show that Wide & Deep significantly increased app acquisitions compared with wide-only and deep-only models. We have also open-sourced our implementation in TensorFlow.

QnAMaker: Data to Bot in 2 Minutes 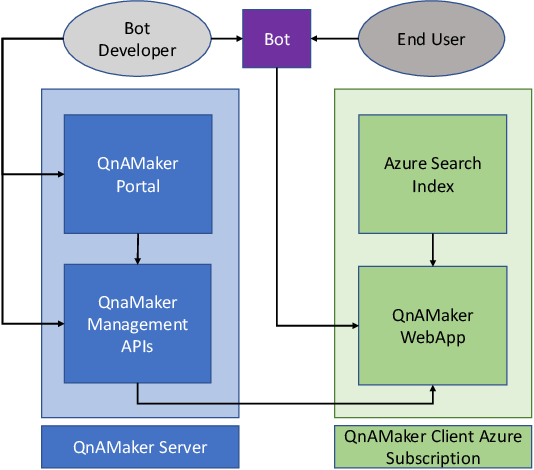 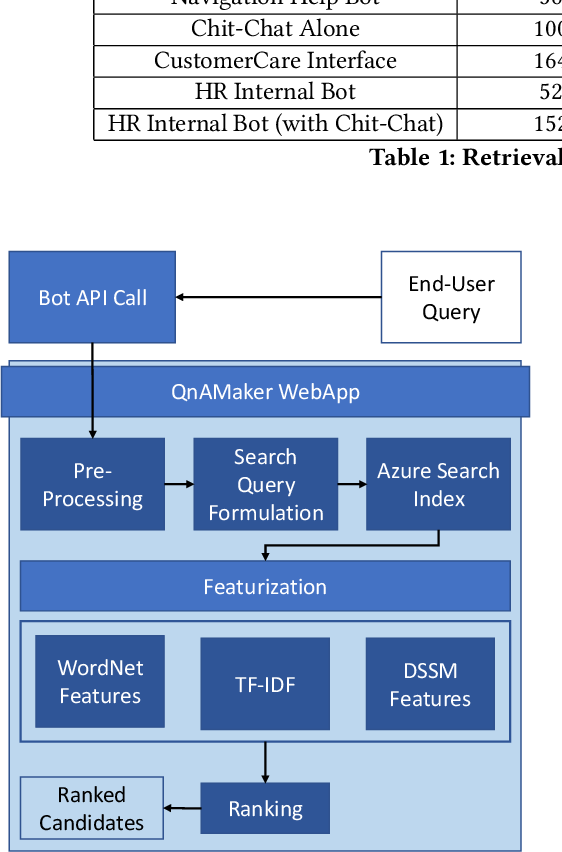 Having a bot for seamless conversations is a much-desired feature that products and services today seek for their websites and mobile apps. These bots help reduce traffic received by human support significantly by handling frequent and directly answerable known questions. Many such services have huge reference documents such as FAQ pages, which makes it hard for users to browse through this data. A conversation layer over such raw data can lower traffic to human support by a great margin. We demonstrate QnAMaker, a service that creates a conversational layer over semi-structured data such as FAQ pages, product manuals, and support documents. QnAMaker is the popular choice for Extraction and Question-Answering as a service and is used by over 15,000 bots in production. It is also used by search interfaces and not just bots.


* Published at The Web Conference 2020 in the demo track

Lingvo: a Modular and Scalable Framework for Sequence-to-Sequence Modeling 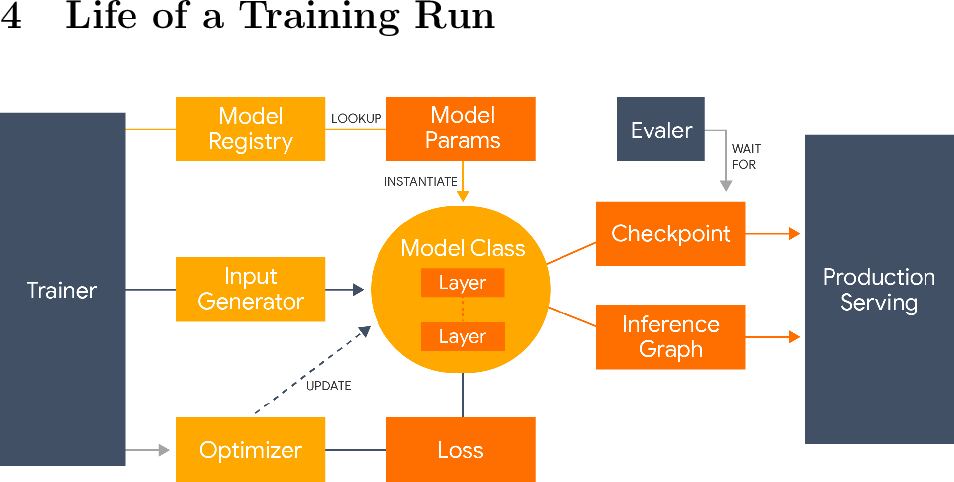 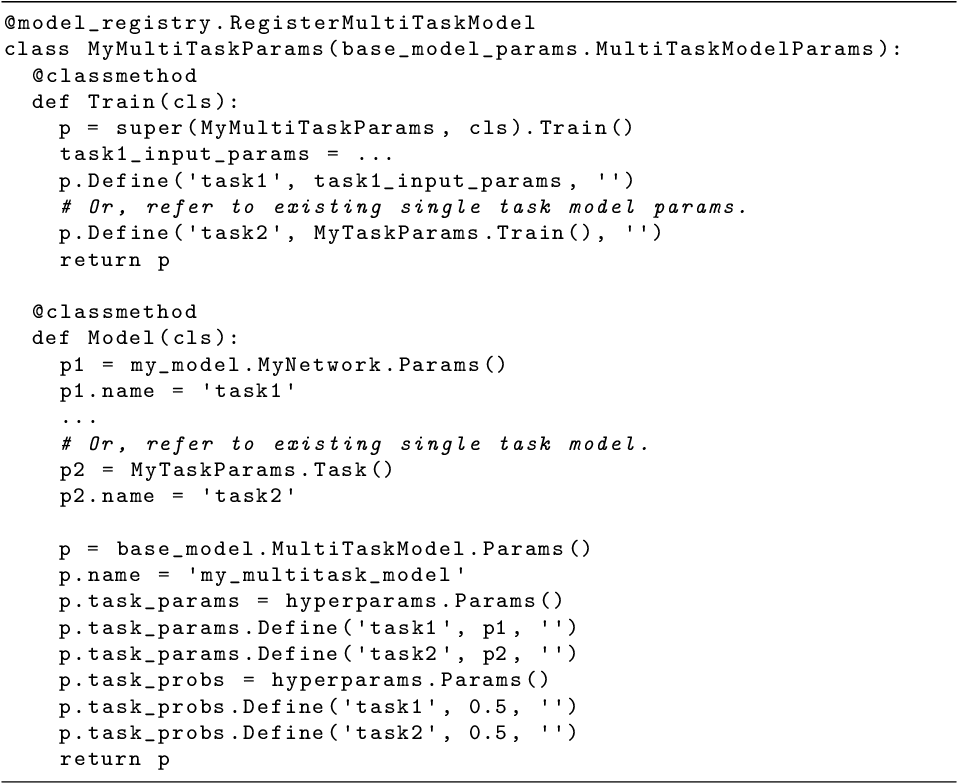 Lingvo is a Tensorflow framework offering a complete solution for collaborative deep learning research, with a particular focus towards sequence-to-sequence models. Lingvo models are composed of modular building blocks that are flexible and easily extensible, and experiment configurations are centralized and highly customizable. Distributed training and quantized inference are supported directly within the framework, and it contains existing implementations of a large number of utilities, helper functions, and the newest research ideas. Lingvo has been used in collaboration by dozens of researchers in more than 20 papers over the last two years. This document outlines the underlying design of Lingvo and serves as an introduction to the various pieces of the framework, while also offering examples of advanced features that showcase the capabilities of the framework.