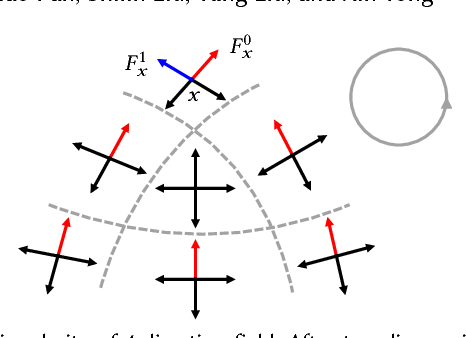 We extend Convolutional Neural Networks (CNNs) on flat and regular domains (e.g. 2D images) to curved surfaces embedded in 3D Euclidean space that are discretized as irregular meshes and widely used to represent geometric data in Computer Vision and Graphics. We define surface convolution on tangent spaces of a surface domain, where the convolution has two desirable properties: 1) the distortion of surface domain signals is locally minimal when being projected to the tangent space, and 2) the translation equi-variance property holds locally, by aligning tangent spaces with the canonical parallel transport that preserves metric. For computation, we rely on a parallel N-direction frame field on the surface that minimizes field variation and therefore is as compatible as possible to and approximates the parallel transport. On the tangent spaces equipped with parallel frames, the computation of surface convolution becomes standard routine. The frames have rotational symmetry which we disambiguate by constructing the covering space of surface induced by the parallel frames and grouping the feature maps into N sets accordingly; convolution is computed on the N branches of the cover space with respective feature maps while the kernel weights are shared. To handle irregular points of a discrete mesh while sharing kernel weights, we make the convolution semi-discrete, i.e. the convolution kernels are polynomial functions, and their convolution with discrete surface points becomes sampling and weighted summation. Pooling and unpooling operations are computed along a mesh hierarchy built through simplification. The presented surface CNNs allow effective deep learning on meshes. We show that for tasks of classification, segmentation and non-rigid registration, surface CNNs using only raw input signals achieve superior performances than previous models using sophisticated input features. 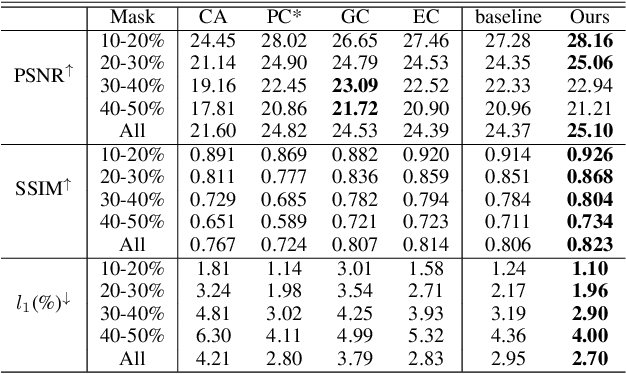 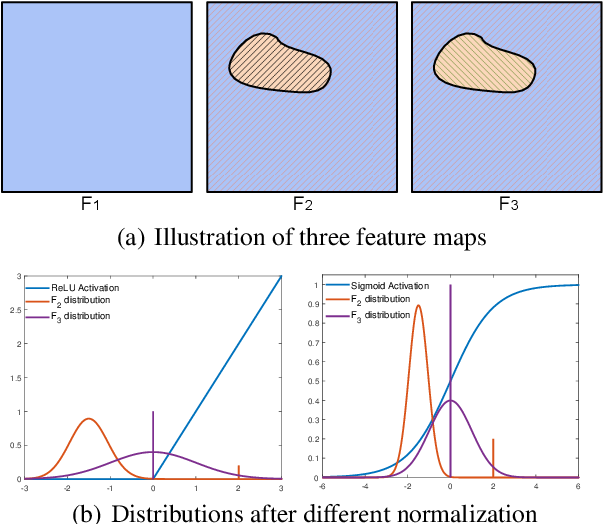 Feature Normalization (FN) is an important technique to help neural network training, which typically normalizes features across spatial dimensions. Most previous image inpainting methods apply FN in their networks without considering the impact of the corrupted regions of the input image on normalization, e.g. mean and variance shifts. In this work, we show that the mean and variance shifts caused by full-spatial FN limit the image inpainting network training and we propose a spatial region-wise normalization named Region Normalization (RN) to overcome the limitation. RN divides spatial pixels into different regions according to the input mask, and computes the mean and variance in each region for normalization. We develop two kinds of RN for our image inpainting network: (1) Basic RN (RN-B), which normalizes pixels from the corrupted and uncorrupted regions separately based on the original inpainting mask to solve the mean and variance shift problem; (2) Learnable RN (RN-L), which automatically detects potentially corrupted and uncorrupted regions for separate normalization, and performs global affine transformation to enhance their fusion. We apply RN-B in the early layers and RN-L in the latter layers of the network respectively. Experiments show that our method outperforms current state-of-the-art methods quantitatively and qualitatively. We further generalize RN to other inpainting networks and achieve consistent performance improvements.