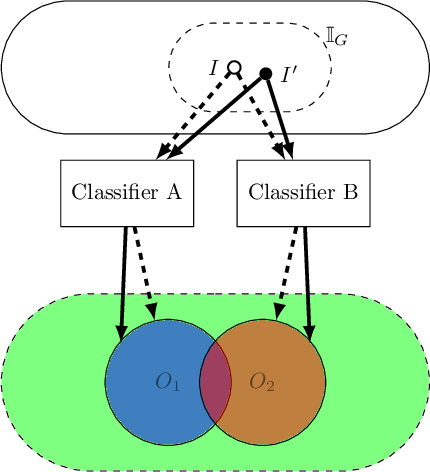 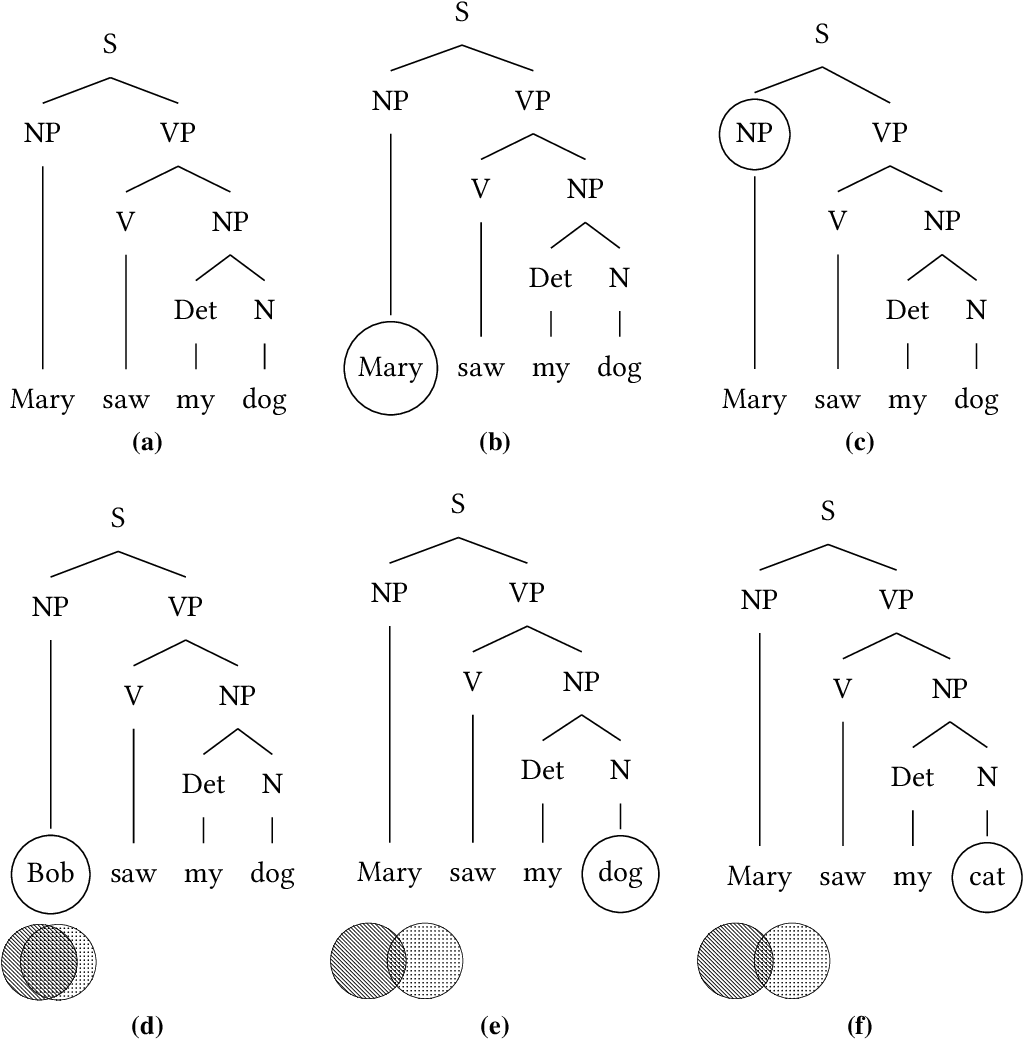 The massive progress of machine learning has seen its application over a variety of domains in the past decade. But how do we develop a systematic, scalable and modular strategy to validate machine-learning systems? We present, to the best of our knowledge, the first approach, which provides a systematic test framework for machine-learning systems that accepts grammar-based inputs. Our OGMA approach automatically discovers erroneous behaviours in classifiers and leverages these erroneous behaviours to improve the respective models. OGMA leverages inherent robustness properties present in any well trained machine-learning model to direct test generation and thus, implementing a scalable test generation methodology. To evaluate our OGMA approach, we have tested it on three real world natural language processing (NLP) classifiers. We have found thousands of erroneous behaviours in these systems. We also compare OGMA with a random test generation approach and observe that OGMA is more effective than such random test generation by up to 489%. 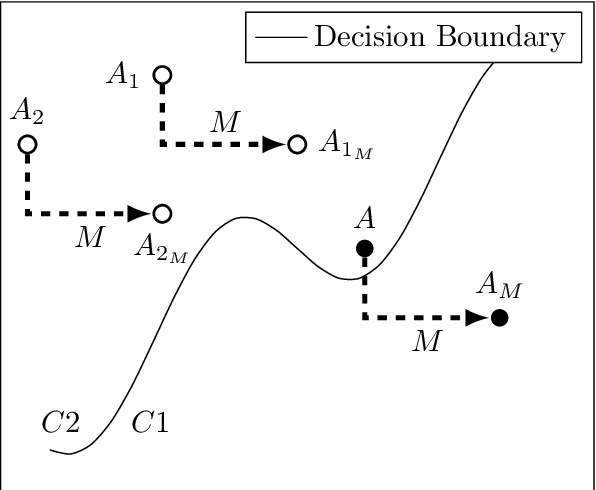 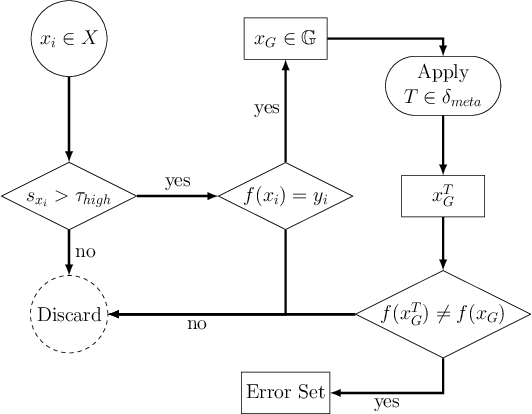 Machine Learning (ML) has seen massive progress in the last decade and as a result, there is a pressing need for validating ML-based systems. To this end, we propose, design and evaluate CALLISTO - a novel test generation and data quality assessment framework. To the best of our knowledge, CALLISTO is the first blackbox framework to leverage the uncertainty in the prediction and systematically generate new test cases for ML classifiers. Our evaluation of CALLISTO on four real world data sets reveals thousands of errors. We also show that leveraging the uncertainty in prediction can increase the number of erroneous test cases up to a factor of 20, as compared to when no such knowledge is used for testing. CALLISTO has the capability to detect low quality data in the datasets that may contain mislabelled data. We conduct and present an extensive user study to validate the results of CALLISTO on identifying low quality data from four state-of-the-art real world datasets. 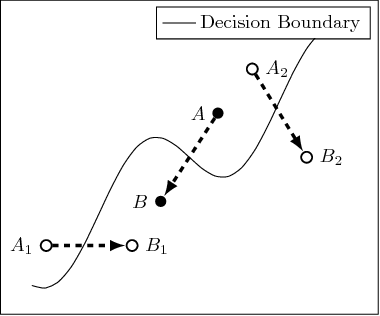 Fairness is a critical trait in decision making. As machine-learning models are increasingly being used in sensitive application domains (e.g. education and employment) for decision making, it is crucial that the decisions computed by such models are free of unintended bias. But how can we automatically validate the fairness of arbitrary machine-learning models? For a given machine-learning model and a set of sensitive input parameters, our AEQUITAS approach automatically discovers discriminatory inputs that highlight fairness violation. At the core of AEQUITAS are three novel strategies to employ probabilistic search over the input space with the objective of uncovering fairness violation. Our AEQUITAS approach leverages inherent robustness property in common machine-learning models to design and implement scalable test generation methodologies. An appealing feature of our generated test inputs is that they can be systematically added to the training set of the underlying model and improve its fairness. To this end, we design a fully automated module that guarantees to improve the fairness of the underlying model. We implemented AEQUITAS and we have evaluated it on six state-of-the-art classifiers, including a classifier that was designed with fairness constraints. We show that AEQUITAS effectively generates inputs to uncover fairness violation in all the subject classifiers and systematically improves the fairness of the respective models using the generated test inputs. In our evaluation, AEQUITAS generates up to 70% discriminatory inputs (w.r.t. the total number of inputs generated) and leverages these inputs to improve the fairness up to 94%. 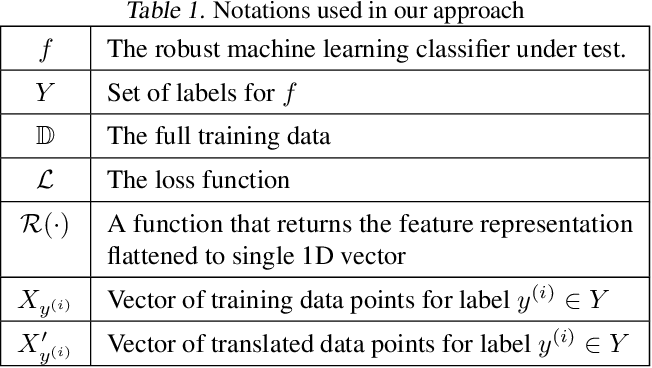 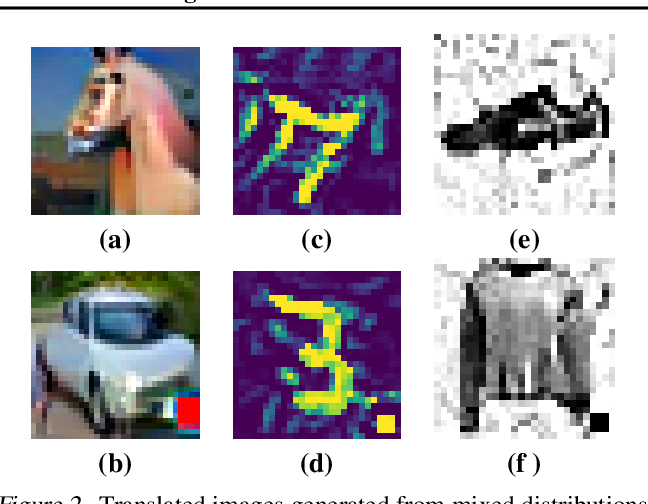 The introduction of robust optimisation has pushed the state-of-the-art in defending against adversarial attacks. However, the behaviour of such optimisation has not been studied in the light of a fundamentally different class of attacks called backdoors. In this paper, we demonstrate that adversarially robust models are susceptible to backdoor attacks. Subsequently, we observe that backdoors are reflected in the feature representation of such models. Then, this is leveraged to detect backdoor-infected models. Specifically, we use feature clustering to effectively detect backdoor-infected robust Deep Neural Networks (DNNs). In our evaluation of major classification tasks, our approach effectively detects robust DNNs infected with backdoors. Our investigation reveals that salient features of adversarially robust DNNs break the stealthy nature of backdoor attacks. 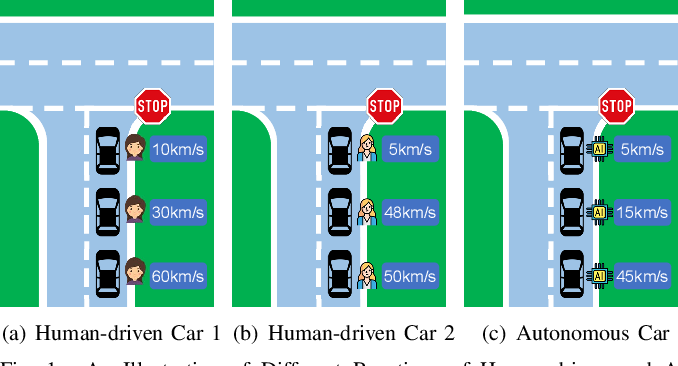 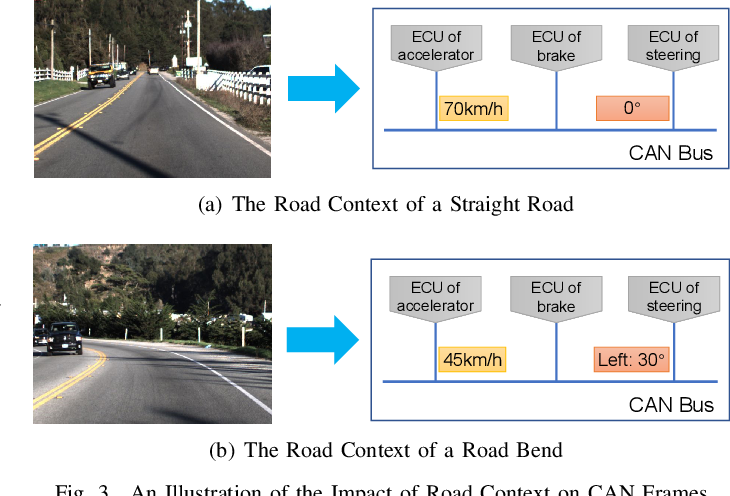 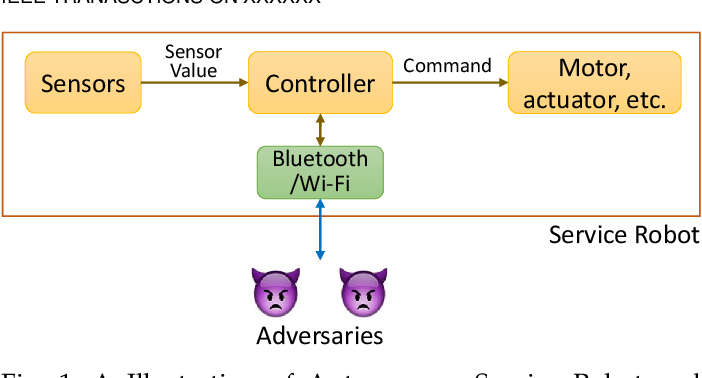 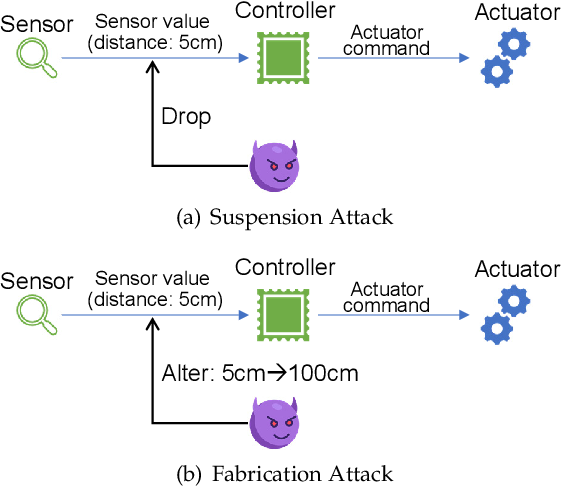 Autonomous service robots share social spaces with humans, usually working together for domestic or professional tasks. Cyber security breaches in such robots undermine the trust between humans and robots. In this paper, we investigate how to apprehend and inflict security threats at the design and implementation stage of a movable autonomous service robot. To this end, we leverage the idea of directed fuzzing and design RoboFuzz that systematically tests an autonomous service robot in line with the robot's states and the surrounding environment. The methodology of RoboFuzz is to study critical environmental parameters affecting the robot's state transitions and subject the robot control program with rational but harmful sensor values so as to compromise the robot. Furthermore, we develop detection and mitigation algorithms to counteract the impact of RoboFuzz. The difficulties mainly lie in the trade-off among limited computation resources, timely detection and the retention of work efficiency in mitigation. In particular, we propose detection and mitigation methods that take advantage of historical records of obstacles to detect inconsistent obstacle appearances regarding untrustworthy sensor values and navigate the movable robot to continue moving so as to carry on a planned task. By doing so, we manage to maintain a low cost for detection and mitigation but also retain the robot's work efficacy. We have prototyped the bundle of RoboFuzz, detection and mitigation algorithms in a real-world movable robot. Experimental results confirm that RoboFuzz makes a success rate of up to 93.3% in imposing concrete threats to the robot while the overall loss of work efficacy is merely 4.1% at the mitigation mode. 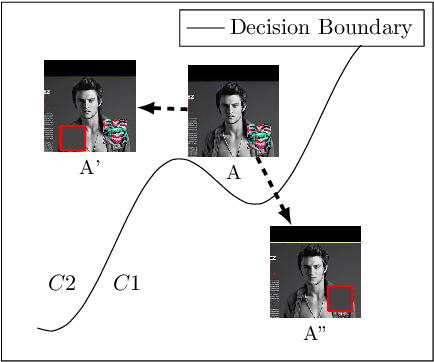 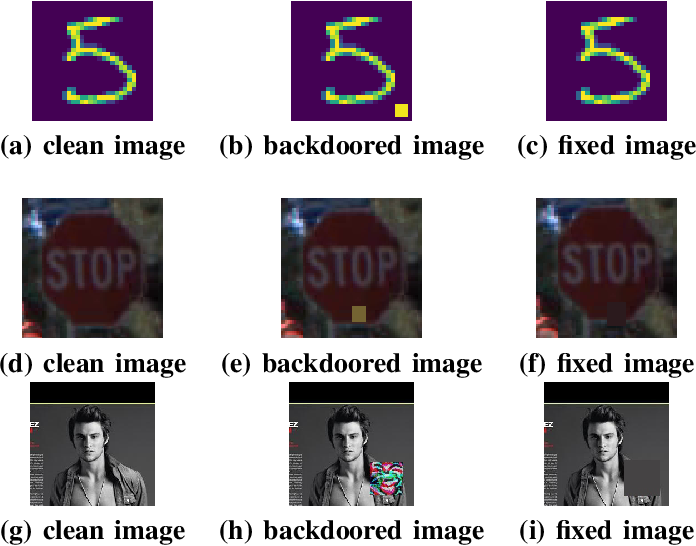 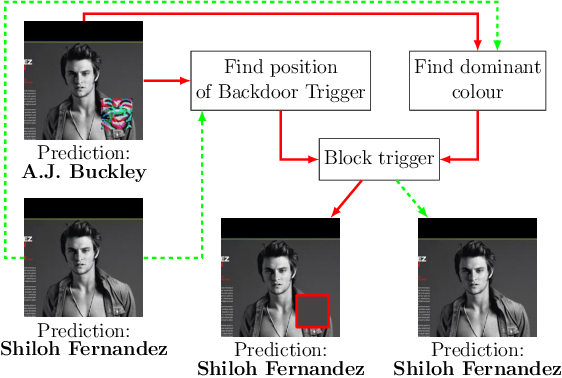 Machine Learning (ML) has automated a multitude of our day-to-day decision making domains such as education, employment and driving automation. The continued success of ML largely depends on our ability to trust the model we are using. Recently, a new class of attacks called Backdoor Attacks have been developed. These attacks undermine the user's trust in ML models. In this work, we present NEO, a model agnostic framework to detect and mitigate such backdoor attacks in image classification ML models. For a given image classification model, our approach analyses the inputs it receives and determines if the model is backdoored. In addition to this feature, we also mitigate these attacks by determining the correct predictions of the poisoned images. An appealing feature of NEO is that it can, for the first time, isolate and reconstruct the backdoor trigger. NEO is also the first defence methodology, to the best of our knowledge that is completely blackbox. We have implemented NEO and evaluated it against three state of the art poisoned models. These models include highly critical applications such as traffic sign detection (USTS) and facial detection. In our evaluation, we show that NEO can detect $\approx$88\% of the poisoned inputs on average and it is as fast as 4.4 ms per input image. We also reconstruct the poisoned input for the user to effectively test their systems.