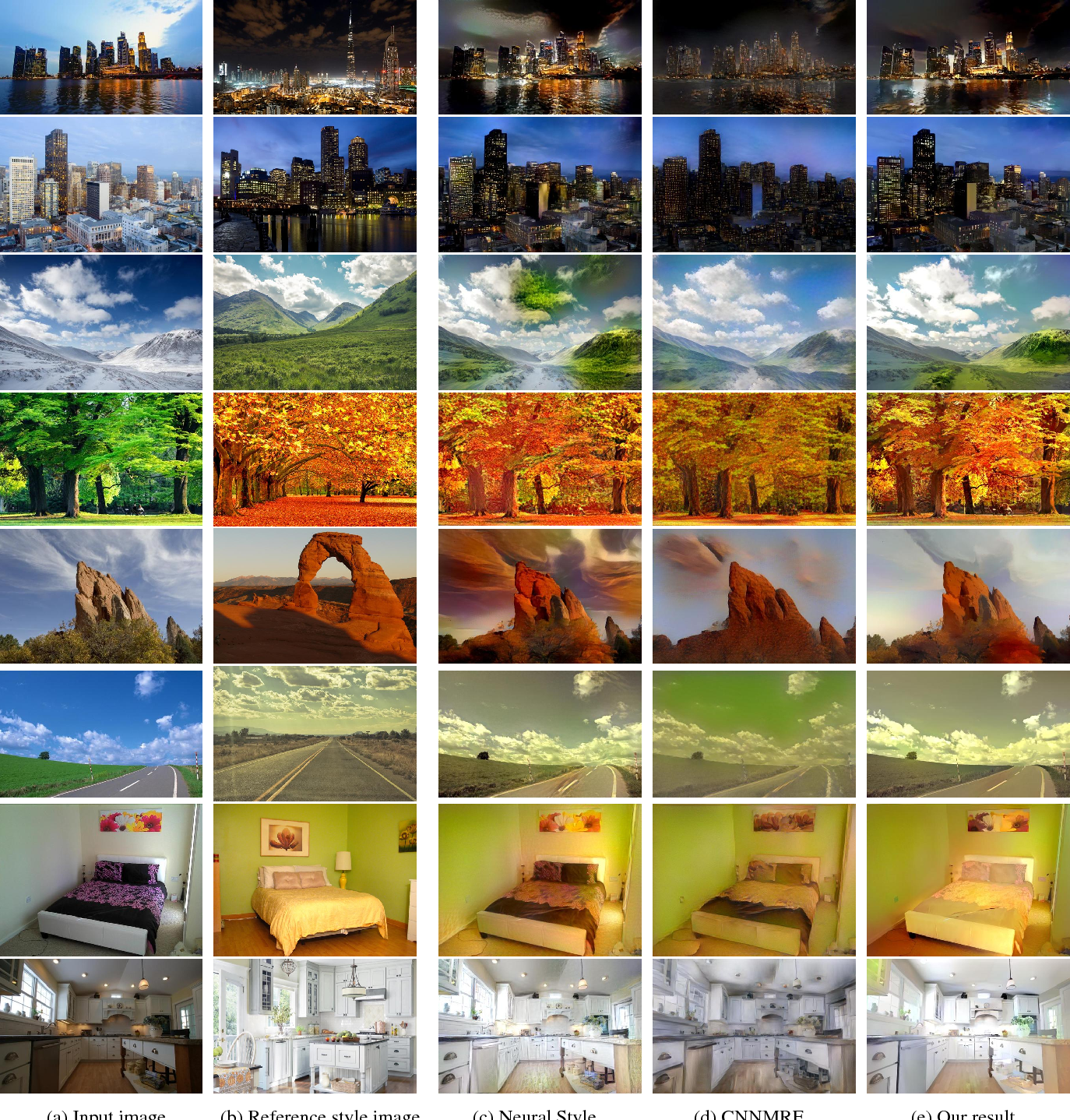 This paper introduces a deep-learning approach to photographic style transfer that handles a large variety of image content while faithfully transferring the reference style. Our approach builds upon the recent work on painterly transfer that separates style from the content of an image by considering different layers of a neural network. However, as is, this approach is not suitable for photorealistic style transfer. Even when both the input and reference images are photographs, the output still exhibits distortions reminiscent of a painting. Our contribution is to constrain the transformation from the input to the output to be locally affine in colorspace, and to express this constraint as a custom fully differentiable energy term. We show that this approach successfully suppresses distortion and yields satisfying photorealistic style transfers in a broad variety of scenarios, including transfer of the time of day, weather, season, and artistic edits. 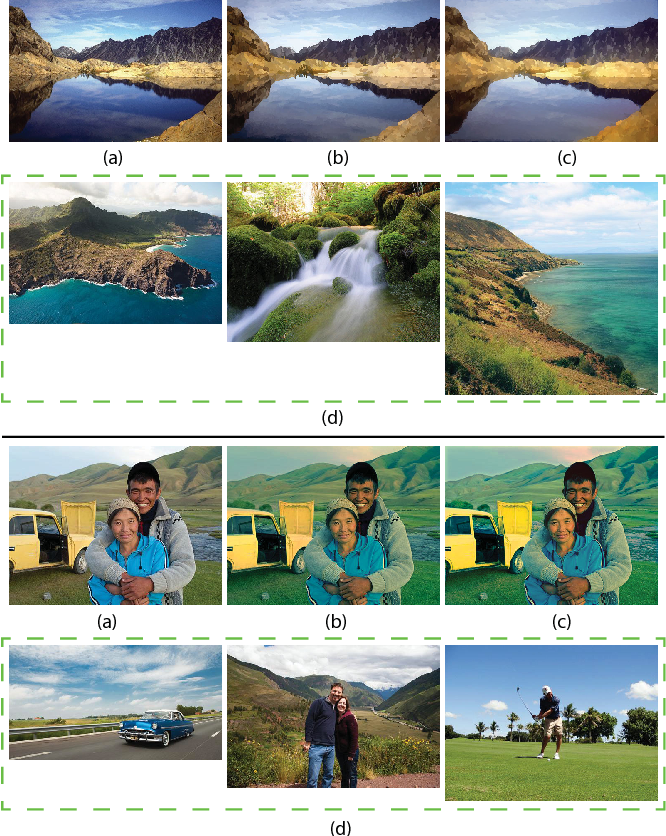 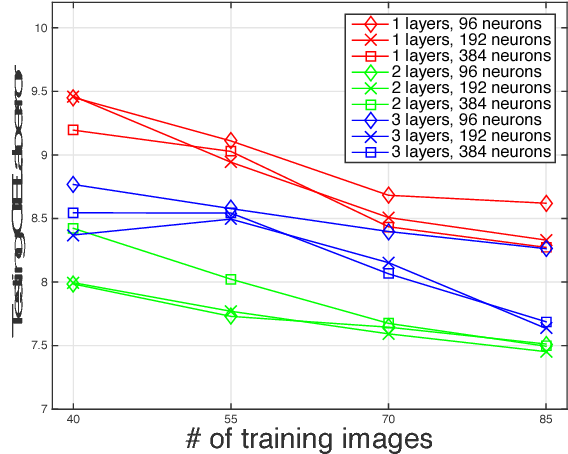 Photo retouching enables photographers to invoke dramatic visual impressions by artistically enhancing their photos through stylistic color and tone adjustments. However, it is also a time-consuming and challenging task that requires advanced skills beyond the abilities of casual photographers. Using an automated algorithm is an appealing alternative to manual work but such an algorithm faces many hurdles. Many photographic styles rely on subtle adjustments that depend on the image content and even its semantics. Further, these adjustments are often spatially varying. Because of these characteristics, existing automatic algorithms are still limited and cover only a subset of these challenges. Recently, deep machine learning has shown unique abilities to address hard problems that resisted machine algorithms for long. This motivated us to explore the use of deep learning in the context of photo editing. In this paper, we explain how to formulate the automatic photo adjustment problem in a way suitable for this approach. We also introduce an image descriptor that accounts for the local semantics of an image. Our experiments demonstrate that our deep learning formulation applied using these descriptors successfully capture sophisticated photographic styles. In particular and unlike previous techniques, it can model local adjustments that depend on the image semantics. We show on several examples that this yields results that are qualitatively and quantitatively better than previous work.

Implementation of perception and action at nanoscale 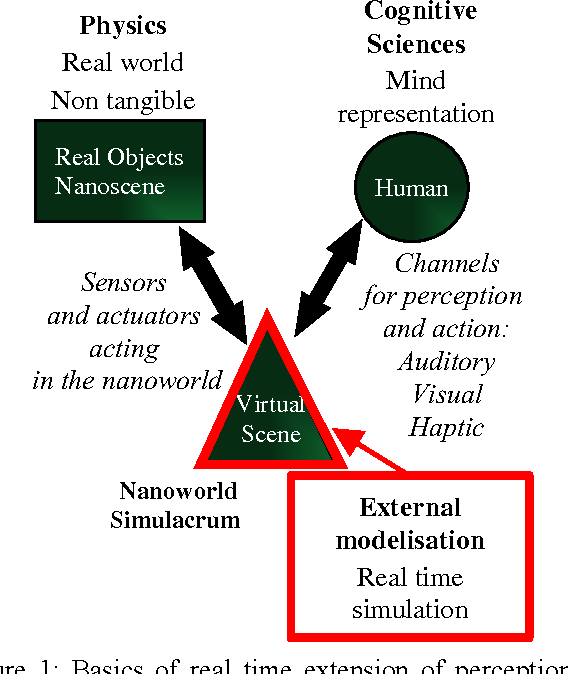 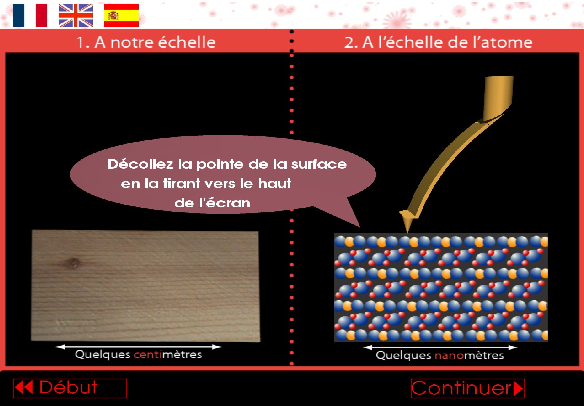 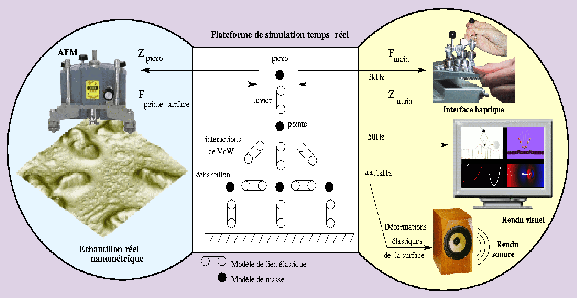 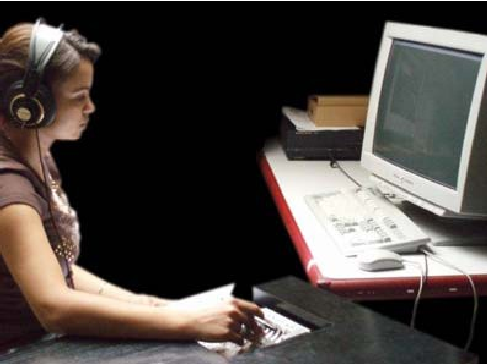 Real time combination of nanosensors and nanoactuators with virtual reality environment and multisensorial interfaces enable us to efficiently act and perceive at nanoscale. Advanced manipulation of nanoobjects and new strategies for scientific education are the key motivations. We have no existing intuitive representation of the nanoworld ruled by laws foreign to our experience. A central challenge is then the construction of nanoworld simulacrum that we can start to visit and to explore. In this nanoworld simulacrum, object identifications will be based on probed entity physical and chemical intrinsic properties, on their interactions with sensors and on the final choices made in building a multisensorial interface so that these objects become coherent elements of the human sphere of action and perception. Here we describe a 1D virtual nanomanipulator, part of the Cit\'e des Sciences EXPO NANO in Paris, that is the first realization based on this program. 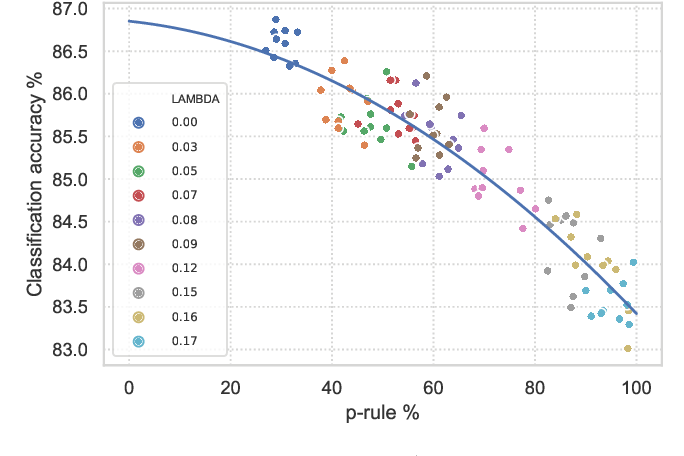 Fair classification has become an important topic in machine learning research. While most bias mitigation strategies focus on neural networks, we noticed a lack of work on fair classifiers based on decision trees even though they have proven very efficient. In an up-to-date comparison of state-of-the-art classification algorithms in tabular data, tree boosting outperforms deep learning. For this reason, we have developed a novel approach of adversarial gradient tree boosting. The objective of the algorithm is to predict the output $Y$ with gradient tree boosting while minimizing the ability of an adversarial neural network to predict the sensitive attribute $S$. The approach incorporates at each iteration the gradient of the neural network directly in the gradient tree boosting. We empirically assess our approach on 4 popular data sets and compare against state-of-the-art algorithms. The results show that our algorithm achieves a higher accuracy while obtaining the same level of fairness, as measured using a set of different common fairness definitions. 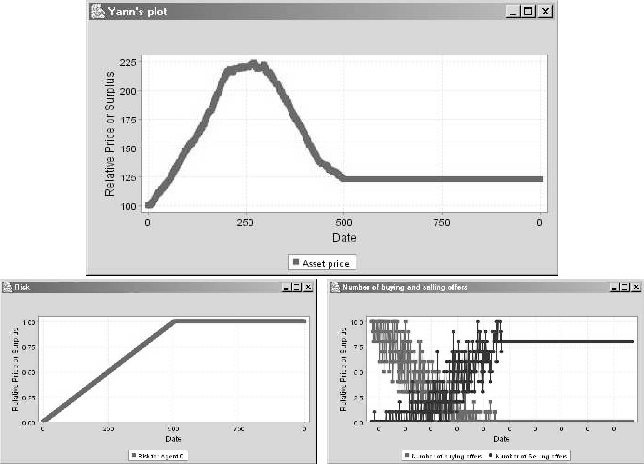 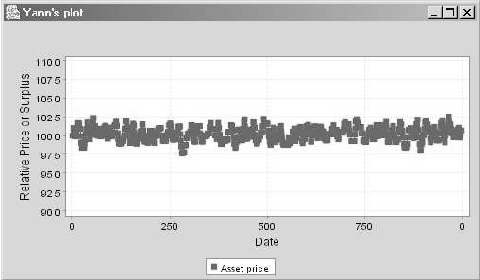 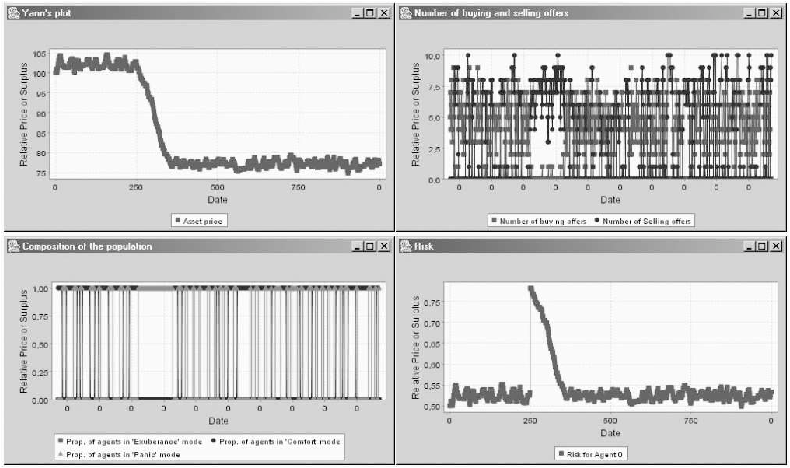 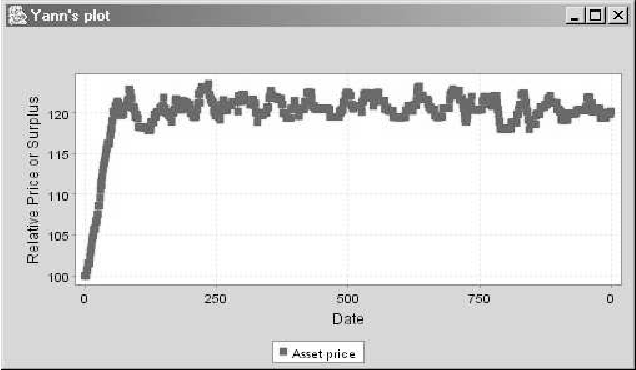 Pertaining to Agent-based Computational Economics (ACE), this work presents two models for the rise and downfall of speculative bubbles through an exchange price fixing based on double auction mechanisms. The first model is based on a finite time horizon context, where the expected dividends decrease along time. The second model follows the {\em greater fool} hypothesis; the agent behaviour depends on the comparison of the estimated risk with the greater fool's. Simulations shed some light on the influent parameters and the necessary conditions for the apparition of speculative bubbles in an asset market within the considered framework. 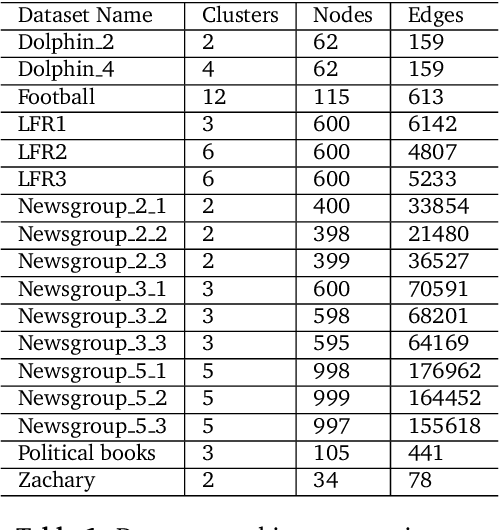 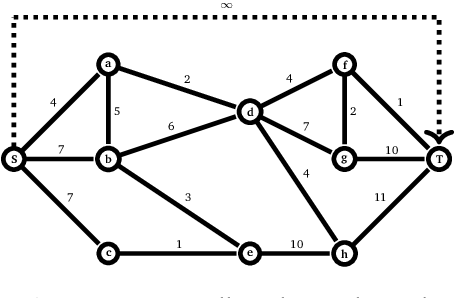 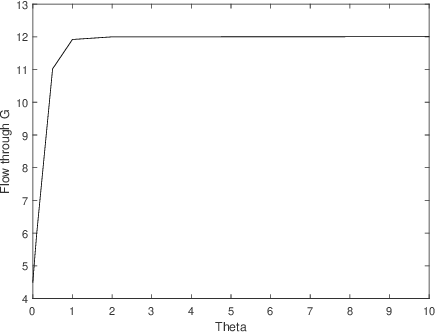 This work extends the randomized shortest paths model (RSP) by investigating the net flow RSP and adding capacity constraints on edge flows. The standard RSP is a model of movement, or spread, through a network interpolating between a random walk and a shortest path behavior. This framework assumes a unit flow injected into a source node and collected from a target node with flows minimizing the expected transportation cost together with a relative entropy regularization term. In this context, the present work first develops the net flow RSP model considering that edge flows in opposite directions neutralize each other (as in electrical networks) and proposes an algorithm for computing the expected routing costs between all pairs of nodes. This quantity is called the net flow RSP dissimilarity measure between nodes. Experimental comparisons on node clustering tasks show that the net flow RSP dissimilarity is competitive with other state-of-the-art techniques. In the second part of the paper, it is shown how to introduce capacity constraints on edge flows and a procedure solving this constrained problem by using Lagrangian duality is developed. These two extensions improve significantly the scope of applications of the RSP framework.

Recent advances in generative modeling have led to an increased interest in the study of statistical divergences as means of model comparison. Commonly used evaluation methods, such as the Frechet Inception Distance (FID), correlate well with the perceived quality of samples and are sensitive to mode dropping. However, these metrics are unable to distinguish between different failure cases since they only yield one-dimensional scores. We propose a novel definition of precision and recall for distributions which disentangles the divergence into two separate dimensions. The proposed notion is intuitive, retains desirable properties, and naturally leads to an efficient algorithm that can be used to evaluate generative models. We relate this notion to total variation as well as to recent evaluation metrics such as Inception Score and FID. To demonstrate the practical utility of the proposed approach we perform an empirical study on several variants of Generative Adversarial Networks and Variational Autoencoders. In an extensive set of experiments we show that the proposed metric is able to disentangle the quality of generated samples from the coverage of the target distribution. 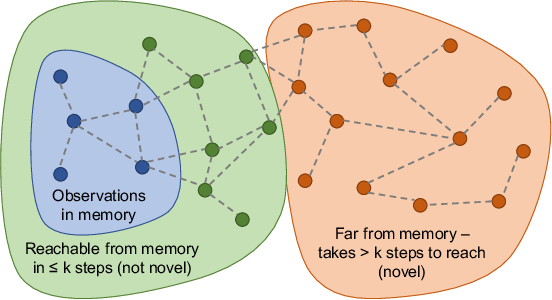 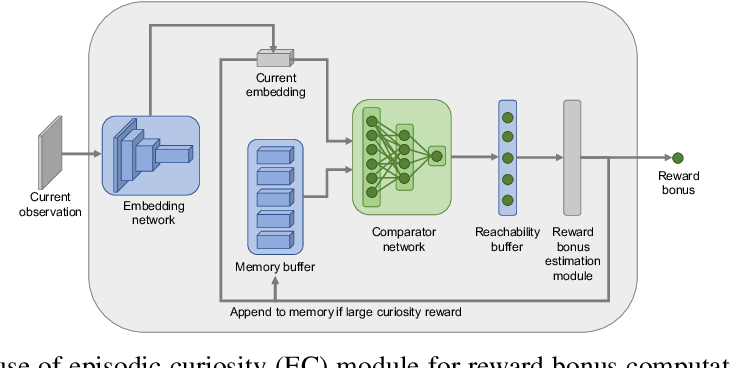 Rewards are sparse in the real world and most today's reinforcement learning algorithms struggle with such sparsity. One solution to this problem is to allow the agent to create rewards for itself - thus making rewards dense and more suitable for learning. In particular, inspired by curious behaviour in animals, observing something novel could be rewarded with a bonus. Such bonus is summed up with the real task reward - making it possible for RL algorithms to learn from the combined reward. We propose a new curiosity method which uses episodic memory to form the novelty bonus. To determine the bonus, the current observation is compared with the observations in memory. Crucially, the comparison is done based on how many environment steps it takes to reach the current observation from those in memory - which incorporates rich information about environment dynamics. This allows us to overcome the known "couch-potato" issues of prior work - when the agent finds a way to instantly gratify itself by exploiting actions which lead to hardly predictable consequences. We test our approach in visually rich 3D environments in ViZDoom, DMLab and MuJoCo. In navigational tasks from ViZDoom and DMLab, our agent outperforms the state-of-the-art curiosity method ICM. In MuJoCo, an ant equipped with our curiosity module learns locomotion out of the first-person-view curiosity only.