Attackers create adversarial text to deceive both human perception and the current AI systems to perform malicious purposes such as spam product reviews and fake political posts. We investigate the difference between the adversarial and the original text to prevent the risk. We prove that the text written by a human is more coherent and fluent. Moreover, the human can express the idea through the flexible text with modern words while a machine focuses on optimizing the generated text by the simple and common words. We also suggest a method to identify the adversarial text by extracting the features related to our findings. The proposed method achieves high performance with 82.0% of accuracy and 18.4% of equal error rate, which is better than the existing methods whose the best accuracy is 77.0% corresponding to the error rate 22.8%. 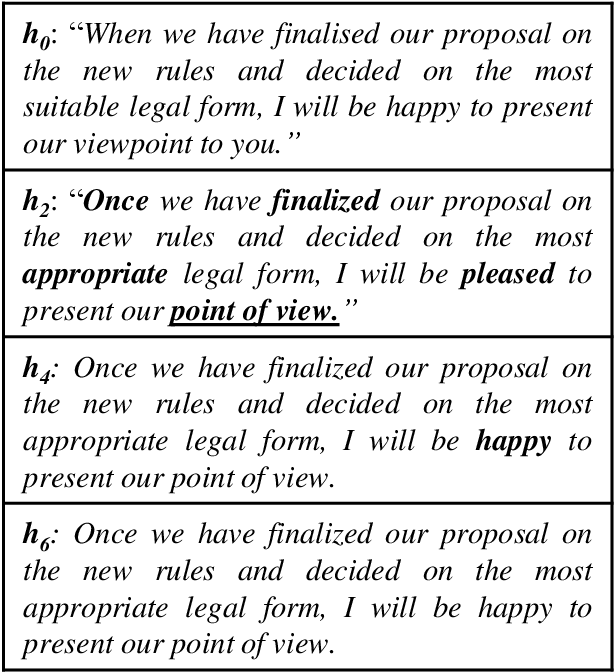 Machine-translated text plays a crucial role in the communication of people using different languages. However, adversaries can use such text for malicious purposes such as plagiarism and fake review. The existing methods detected a machine-translated text only using the text's intrinsic content, but they are unsuitable for classifying the machine-translated and human-written texts with the same meanings. We have proposed a method to extract features used to distinguish machine/human text based on the similarity between the intrinsic text and its back-translation. The evaluation of detecting translated sentences with French shows that our method achieves 75.0% of both accuracy and F-score. It outperforms the existing methods whose the best accuracy is 62.8% and the F-score is 62.7%. The proposed method even detects more efficiently the back-translated text with 83.4% of accuracy, which is higher than 66.7% of the best previous accuracy. We also achieve similar results not only with F-score but also with similar experiments related to Japanese. Moreover, we prove that our detector can recognize both machine-translated and machine-back-translated texts without the language information which is used to generate these machine texts. It demonstrates the persistence of our method in various applications in both low- and rich-resource languages.

Machine-translated text plays an important role in modern life by smoothing communication from various communities using different languages. However, unnatural translation may lead to misunderstanding, a detector is thus needed to avoid the unfortunate mistakes. While a previous method measured the naturalness of continuous words using a N-gram language model, another method matched noncontinuous words across sentences but this method ignores such words in an individual sentence. We have developed a method matching similar words throughout the paragraph and estimating the paragraph-level coherence, that can identify machine-translated text. Experiment evaluates on 2000 English human-generated and 2000 English machine-translated paragraphs from German showing that the coherence-based method achieves high performance (accuracy = 87.0%; equal error rate = 13.0%). It is efficiently better than previous methods (best accuracy = 72.4%; equal error rate = 29.7%). Similar experiments on Dutch and Japanese obtain 89.2% and 97.9% accuracy, respectively. The results demonstrate the persistence of the proposed method in various languages with different resource levels. 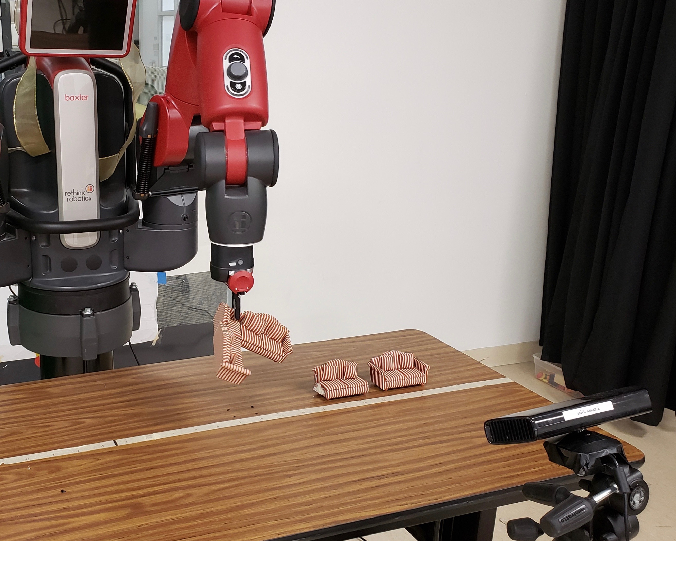 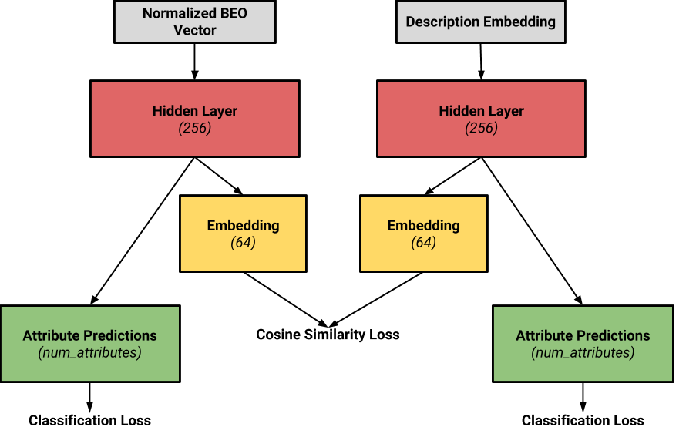 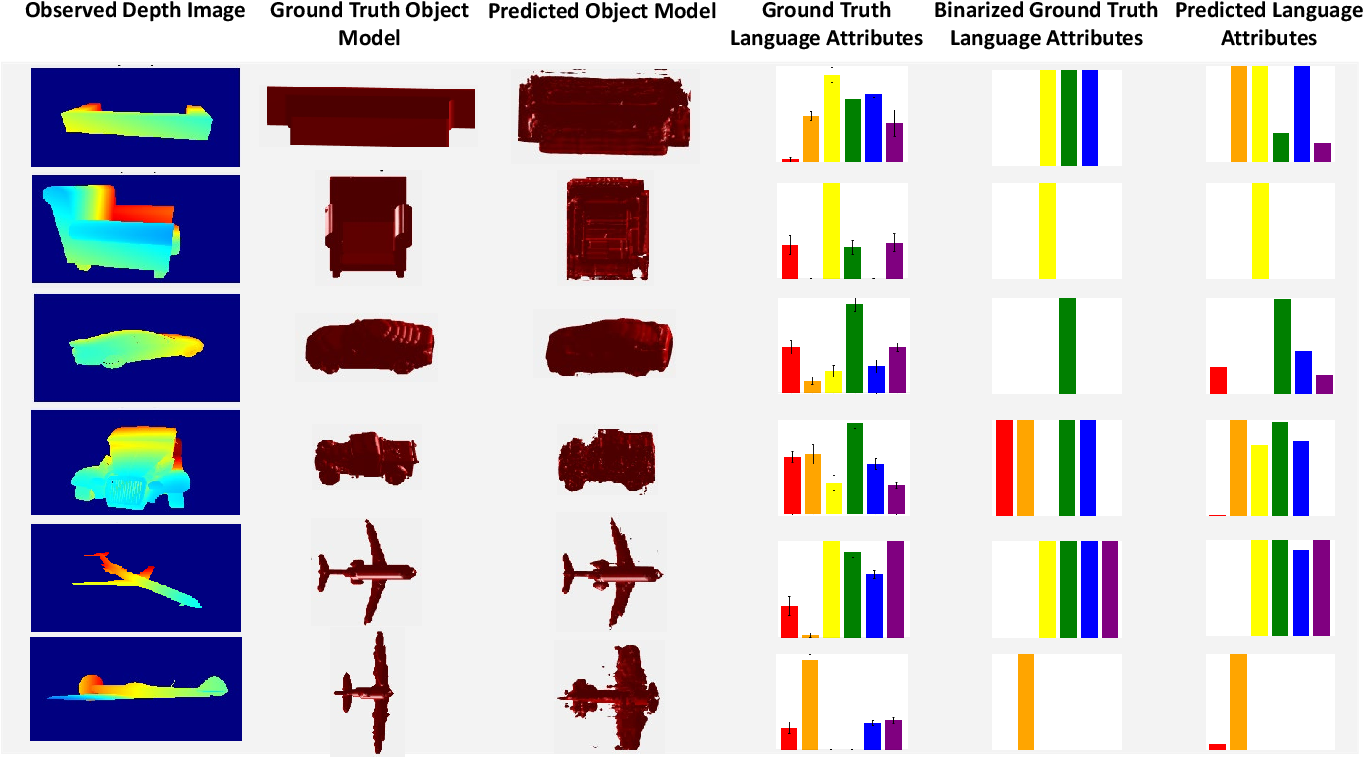 We develop a system to disambiguate objects based on simple physical descriptions. The system takes as input a natural language phrase and a depth image containing a segmented object and predicts how similar the observed object is to the described object. Our system is designed to learn from only a small amount of human-labeled language data and generalize to viewpoints not represented in the language-annotated depth-image training set. By decoupling 3D shape representation from language representation, our method is able to ground language to novel objects using a small amount of language-annotated depth-data and a larger corpus of unlabeled 3D object meshes, even when these objects are partially observed from unusual viewpoints. Our system is able to disambiguate between novel objects, observed via depth-images, based on natural language descriptions. Our method also enables view-point transfer; trained on human-annotated data on a small set of depth-images captured from frontal viewpoints, our system successfully predicted object attributes from rear views despite having no such depth images in its training set. Finally, we demonstrate our system on a Baxter robot, enabling it to pick specific objects based on human-provided natural language descriptions. 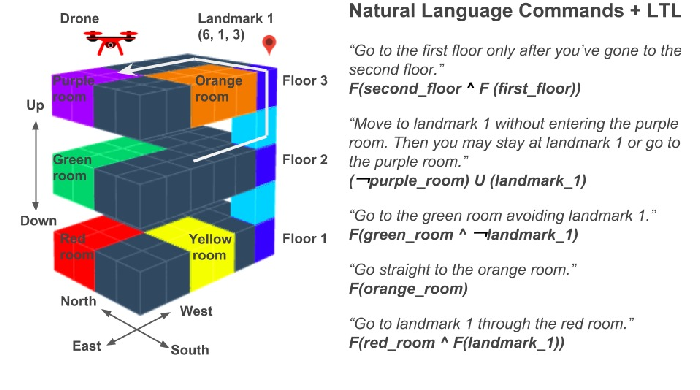 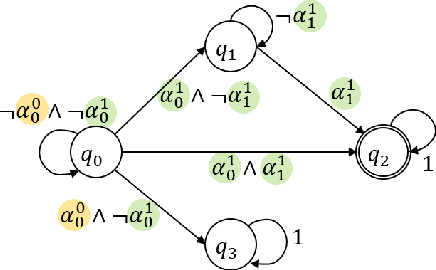 Often times, we specify tasks for a robot using temporal language that can also span different levels of abstraction. The example command ``go to the kitchen before going to the second floor'' contains spatial abstraction, given that ``floor'' consists of individual rooms that can also be referred to in isolation ("kitchen", for example). There is also a temporal ordering of events, defined by the word "before". Previous works have used Linear Temporal Logic (LTL) to interpret temporal language (such as "before"), and Abstract Markov Decision Processes (AMDPs) to interpret hierarchical abstractions (such as "kitchen" and "second floor"), separately. To handle both types of commands at once, we introduce the Abstract Product Markov Decision Process (AP-MDP), a novel approach capable of representing non-Markovian reward functions at different levels of abstractions. The AP-MDP framework translates LTL into its corresponding automata, creates a product Markov Decision Process (MDP) of the LTL specification and the environment MDP, and decomposes the problem into subproblems to enable efficient planning with abstractions. AP-MDP performs faster than a non-hierarchical method of solving LTL problems in over 95% of tasks, and this number only increases as the size of the environment domain increases. We also present a neural sequence-to-sequence model trained to translate language commands into LTL expression, and a new corpus of non-Markovian language commands spanning different levels of abstraction. We test our framework with the collected language commands on a drone, demonstrating that our approach enables a robot to efficiently solve temporal commands at different levels of abstraction. 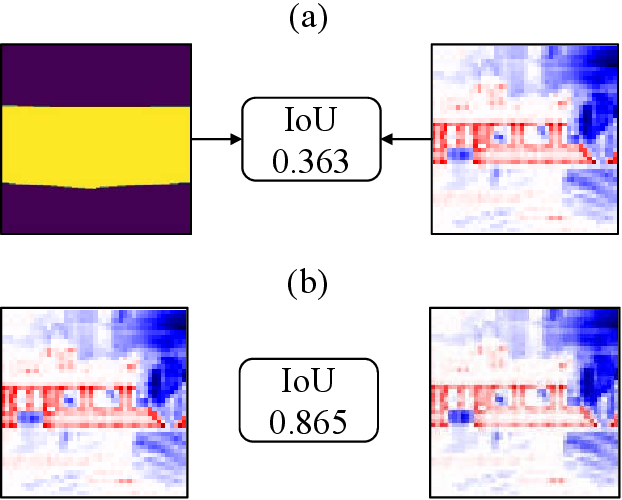 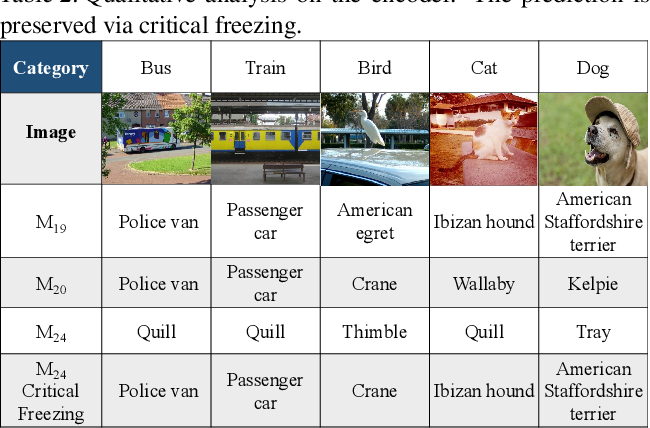 Interpreting the behaviors of Deep Neural Networks (usually considered as a black box) is critical especially when they are now being widely adopted over diverse aspects of human life. Taking the advancements from Explainable Artificial Intelligent, this paper proposes a novel technique called Auto DeepVis to dissect catastrophic forgetting in continual learning. A new method to deal with catastrophic forgetting named critical freezing is also introduced upon investigating the dilemma by Auto DeepVis. Experiments on a captioning model meticulously present how catastrophic forgetting happens, particularly showing which components are forgetting or changing. The effectiveness of our technique is then assessed; and more precisely, critical freezing claims the best performance on both previous and coming tasks over baselines, proving the capability of the investigation. Our techniques could not only be supplementary to existing solutions for completely eradicating catastrophic forgetting for life-long learning but also explainable. 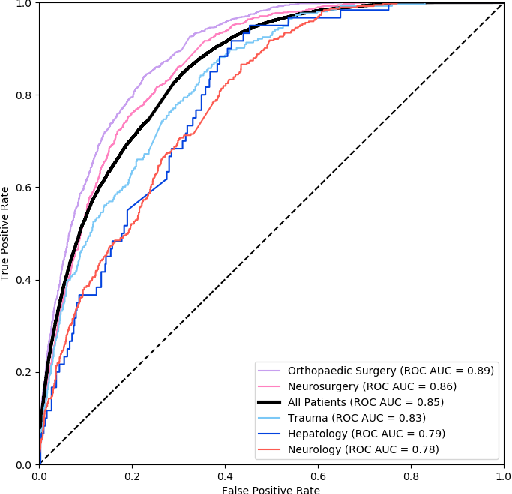 Identifying patients who will be discharged within 24 hours can improve hospital resource management and quality of care. We studied this problem using eight years of Electronic Health Records (EHR) data from Stanford Hospital. We fit models to predict 24 hour discharge across the entire inpatient population. The best performing models achieved an area under the receiver-operator characteristic curve (AUROC) of 0.85 and an AUPRC of 0.53 on a held out test set. This model was also well calibrated. Finally, we analyzed the utility of this model in a decision theoretic framework to identify regions of ROC space in which using the model increases expected utility compared to the trivial always negative or always positive classifiers.