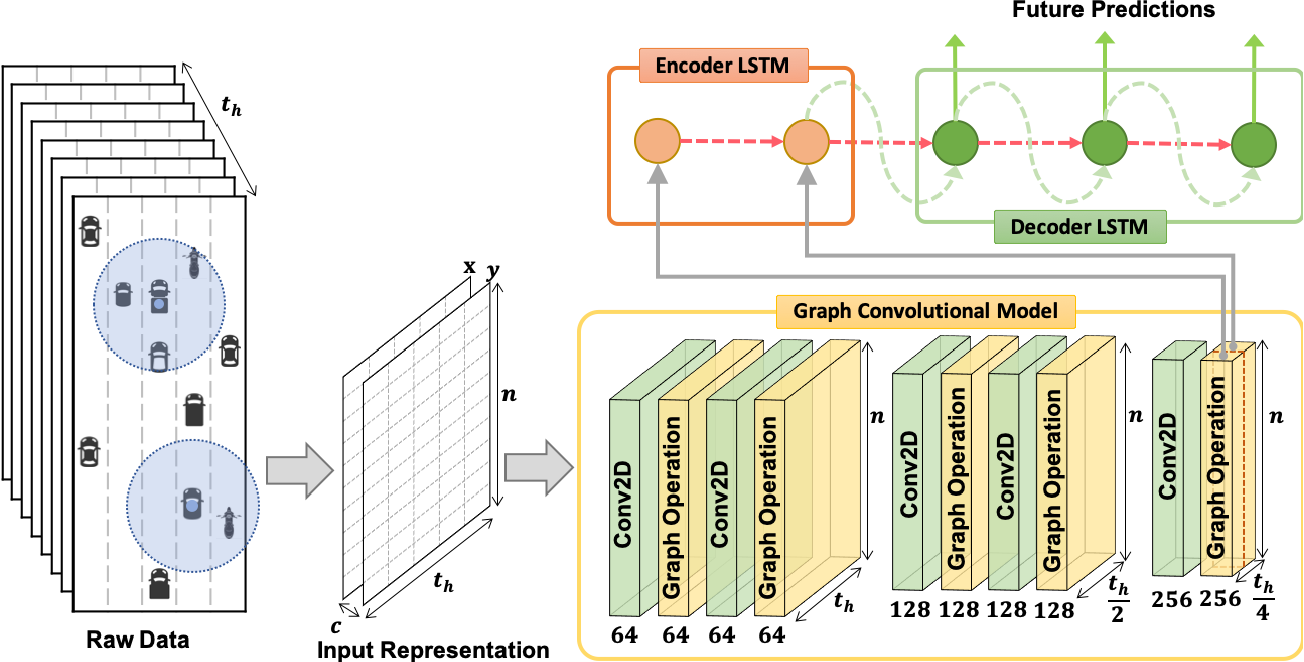 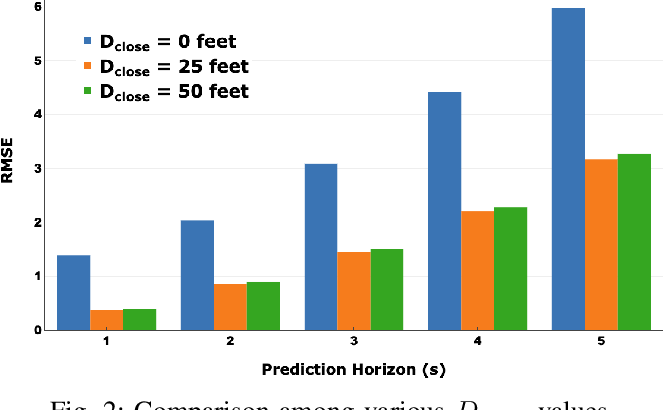 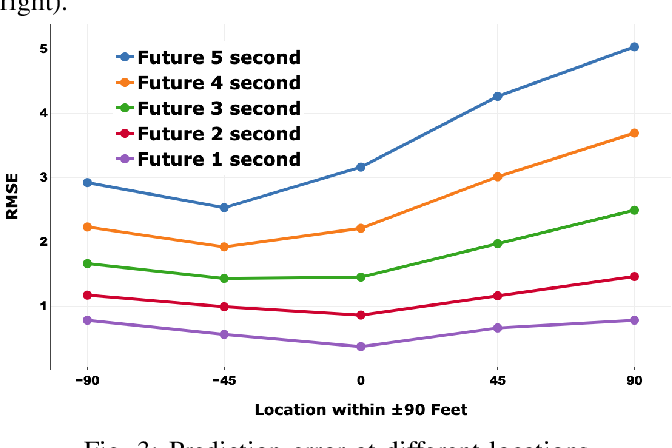 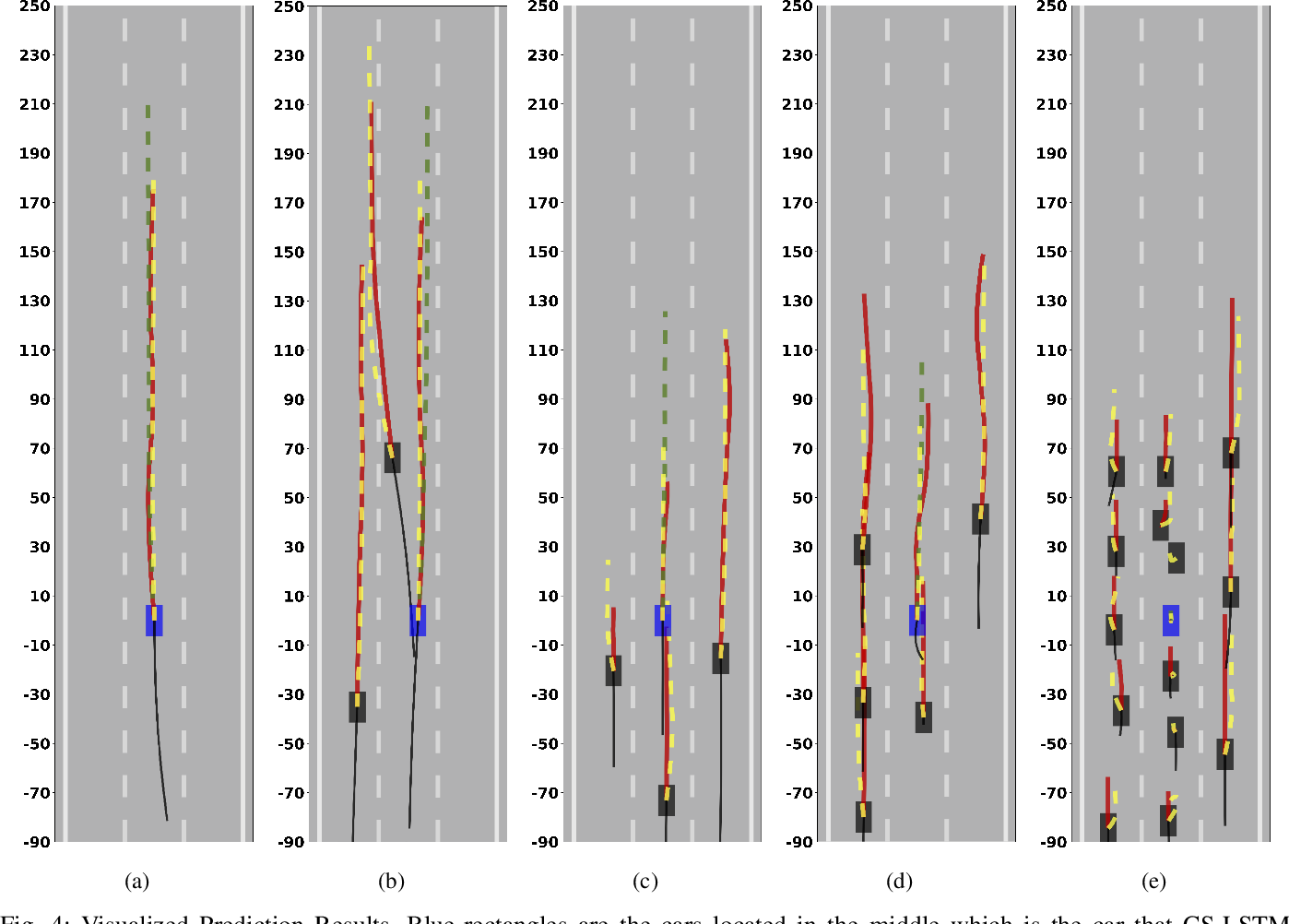 Nowadays, autonomous driving cars have become commercially available. However, the safety of a self-driving car is still a challenging problem that has not been well studied. Motion prediction is one of the core functions of an autonomous driving car. In this paper, we propose a novel scheme called GRIP which is designed to predict trajectories for traffic agents around an autonomous car efficiently. GRIP uses a graph to represent the interactions of close objects, applies several graph convolutional blocks to extract features, and subsequently uses an encoder-decoder long short-term memory (LSTM) model to make predictions. The experimental results on two well-known public datasets show that our proposed model improves the prediction accuracy of the state-of-the-art solution by 30%. The prediction error of GRIP is one meter shorter than existing schemes. Such an improvement can help autonomous driving cars avoid many traffic accidents. In addition, the proposed GRIP runs 5x faster than state-of-the-art schemes.

We provide a theoretical analysis of the representation learning problem aimed at learning the latent variables (design matrix) $\Theta$ of observations $Y$ with the knowledge of the coefficient matrix $X$. The design matrix is learned under the assumption that the latent variables $\Theta$ are smooth with respect to a (known) topological structure $\mathcal{G}$. To learn such latent variables, we study a graph Laplacian regularized estimator, which is the penalized least squares estimator with penalty term proportional to a Laplacian quadratic form. This type of estimators has recently received considerable attention due to its capability in incorporating underlying topological graph structure of variables into the learning process. While the estimation problem can be solved efficiently by state-of-the-art optimization techniques, its statistical consistency properties have been largely overlooked. In this work, we develop a non-asymptotic bound of estimation error under the classical statistical setting, where sample size is larger than the ambient dimension of the latent variables. This bound illustrates theoretically the impact of the alignment between the data and the graph structure as well as the graph spectrum on the estimation accuracy. It also provides theoretical evidence of the advantage, in terms of convergence rate, of the graph Laplacian regularized estimator over classical ones (that ignore the graph structure) in case of a smoothness prior. Finally, we provide empirical results of the estimation error to corroborate the theoretical analysis. 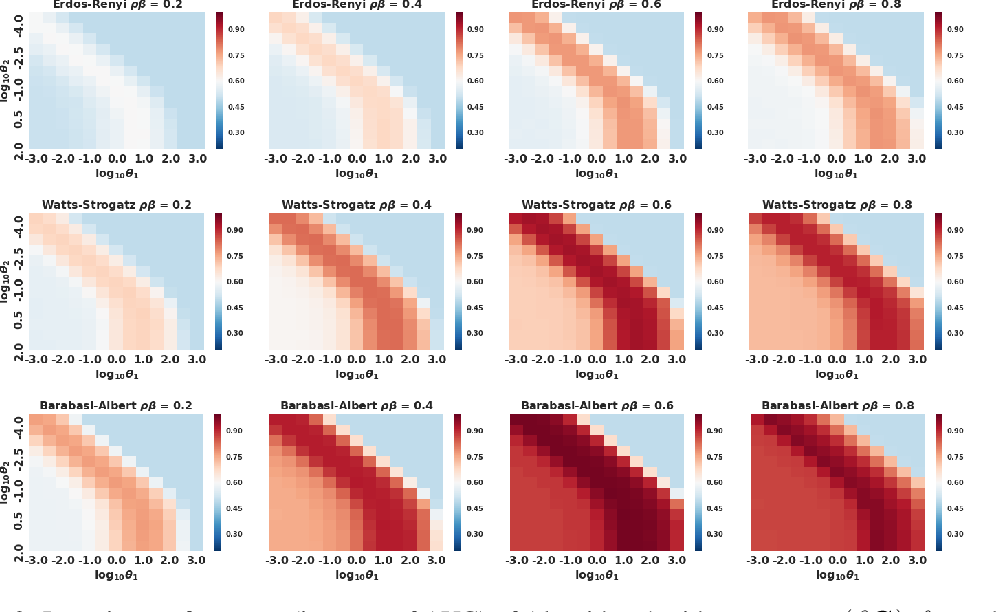 Individuals, or organizations, cooperate with or compete against one another in a wide range of practical situations. Such strategic interactions may be modeled as games played on networks, where an individual's payoff depends not only on her action but also that of her neighbors. The current literature has predominantly focused on analyzing the characteristics of network games in the scenario where the structure of the network, which is represented by a graph, is known beforehand. It is often the case, however, that the actions of the players are readily observable while the underlying interaction network remains hidden. In this paper, we propose two novel frameworks for learning, from the observations on individual actions, network games with linear-quadratic payoffs, and in particular the structure of the interaction network. Our frameworks are based on the Nash equilibrium of such games and involve solving a joint optimization problem for the graph structure and the individual marginal benefits. We test the proposed frameworks in synthetic settings and further study several factors that affect their learning performance. Moreover, with experiments on three real-world examples, we show that our methods can effectively and more accurately learn the games than the baselines. The proposed approach is among the first of its kind for learning quadratic games, and have both theoretical and practical implications for understanding strategic interactions in a network environment. 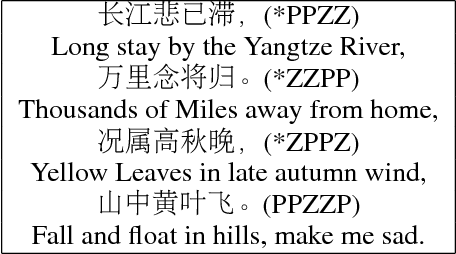 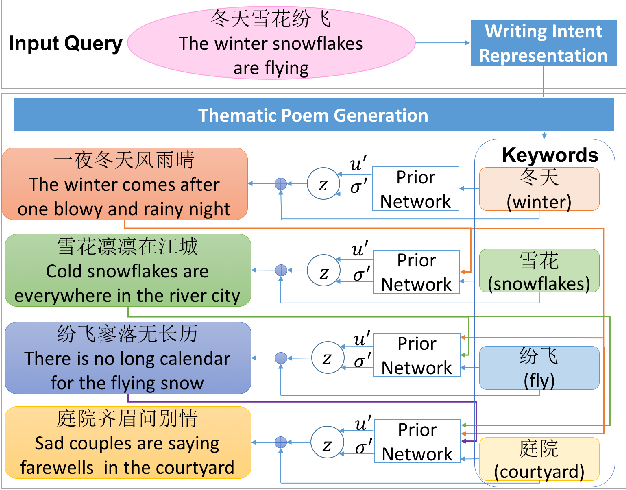 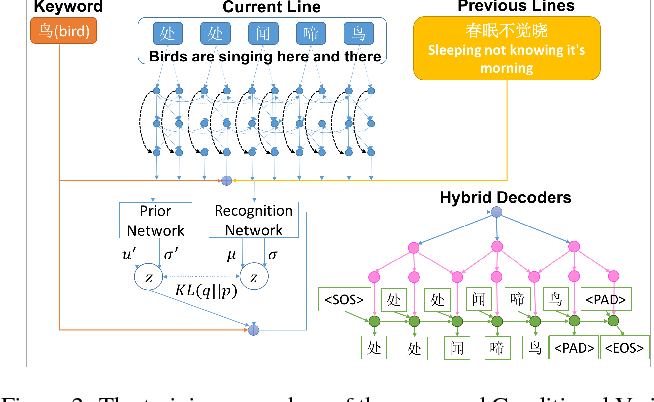 Computer poetry generation is our first step towards computer writing. Writing must have a theme. The current approaches of using sequence-to-sequence models with attention often produce non-thematic poems. We present a novel conditional variational autoencoder with a hybrid decoder adding the deconvolutional neural networks to the general recurrent neural networks to fully learn topic information via latent variables. This approach significantly improves the relevance of the generated poems by representing each line of the poem not only in a context-sensitive manner but also in a holistic way that is highly related to the given keyword and the learned topic. A proposed augmented word2vec model further improves the rhythm and symmetry. Tests show that the generated poems by our approach are mostly satisfying with regulated rules and consistent themes, and 73.42% of them receive an Overall score no less than 3 (the highest score is 5). 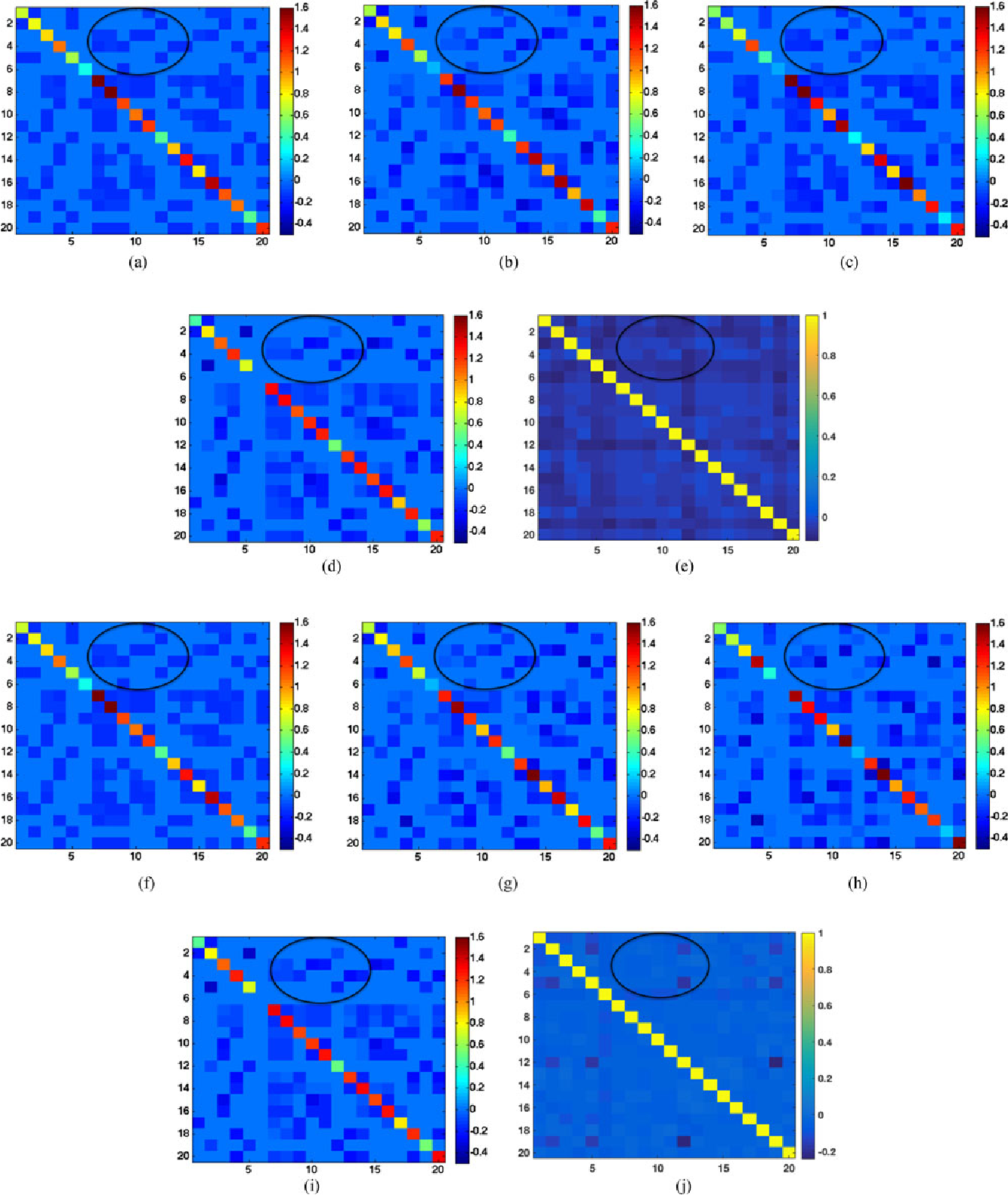 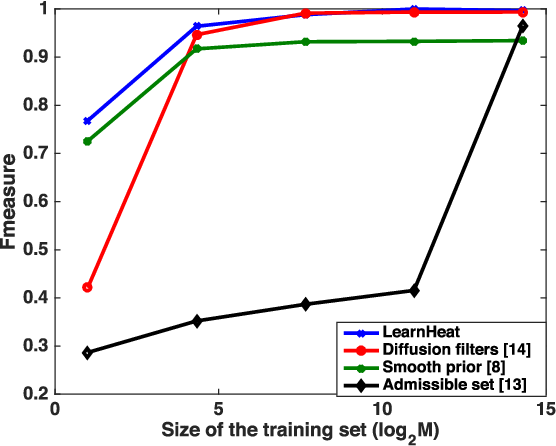 Effective information analysis generally boils down to properly identifying the structure or geometry of the data, which is often represented by a graph. In some applications, this structure may be partly determined by design constraints or pre-determined sensing arrangements, like in road transportation networks for example. In general though, the data structure is not readily available and becomes pretty difficult to define. In particular, the global smoothness assumptions, that most of the existing works adopt, are often too general and unable to properly capture localized properties of data. In this paper, we go beyond this classical data model and rather propose to represent information as a sparse combination of localized functions that live on a data structure represented by a graph. Based on this model, we focus on the problem of inferring the connectivity that best explains the data samples at different vertices of a graph that is a priori unknown. We concentrate on the case where the observed data is actually the sum of heat diffusion processes, which is a quite common model for data on networks or other irregular structures. We cast a new graph learning problem and solve it with an efficient nonconvex optimization algorithm. Experiments on both synthetic and real world data finally illustrate the benefits of the proposed graph learning framework and confirm that the data structure can be efficiently learned from data observations only. We believe that our algorithm will help solving key questions in diverse application domains such as social and biological network analysis where it is crucial to unveil proper geometry for data understanding and inference. 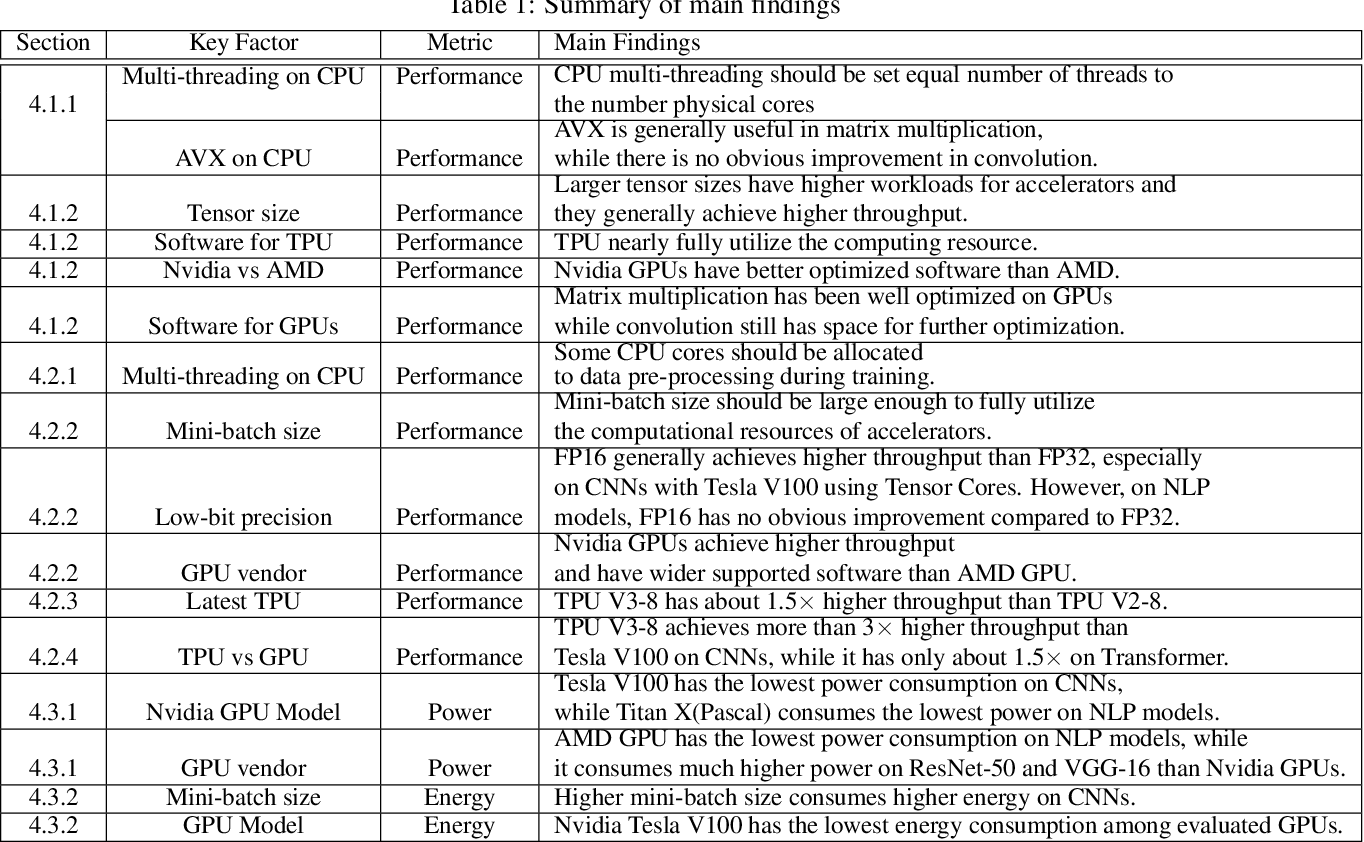 Deep neural networks (DNNs) have become widely used in many AI applications. Yet, training a DNN requires a huge amount of calculations and it takes a long time and energy to train a satisfying model. Nowadays, many-core AI accelerators (e.g., GPUs and TPUs) play a key role in training DNNs. However, different many-core processors from different vendors perform very differently in terms of performance and power consumption. To investigate the differences among several popular off-the-shelf processors (i.e., Intel CPU, Nvidia GPU, AMD GPU and Google TPU) in training DNNs, we carry out a detailed performance and power evaluation on these processors by training multiple types of benchmark DNNs including convolutional neural networks (CNNs), recurrent neural networks (LSTM), Deep Speech and transformers. Our evaluation results make two valuable directions for end-users and vendors. For the end-users, the evaluation results provide a guide for selecting a proper accelerator for training DNN models. For the vendors, some advantage and disadvantage revealed in our evaluation results could be useful for future architecture design and software library optimization.


* There are some technical mistakes, and need to be carefully revised. So we choose to withdraw