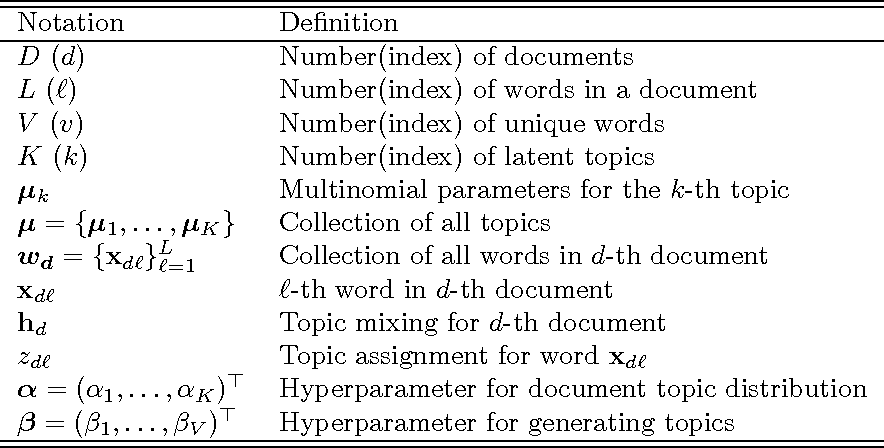 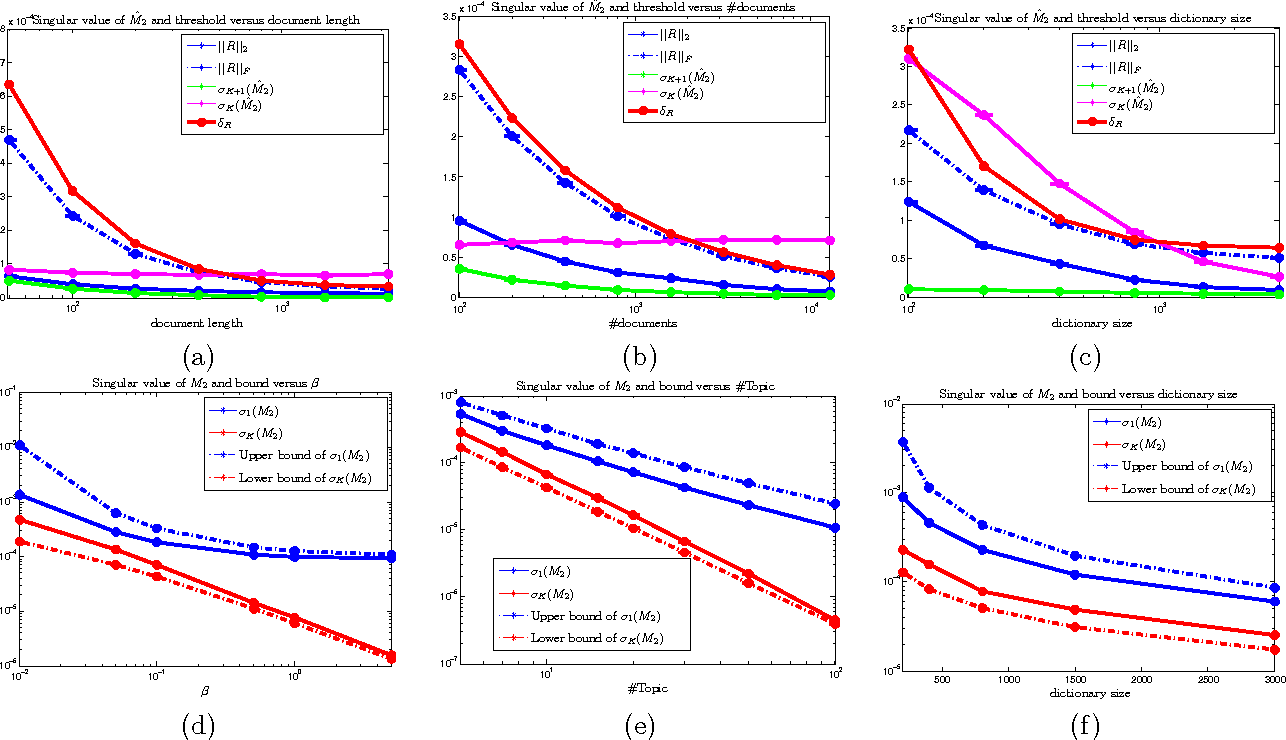 Topic models have achieved significant successes in analyzing large-scale text corpus. In practical applications, we are always confronted with the challenge of model selection, i.e., how to appropriately set the number of topics. Following recent advances in topic model inference via tensor decomposition, we make a first attempt to provide theoretical analysis on model selection in latent Dirichlet allocation. Under mild conditions, we derive the upper bound and lower bound on the number of topics given a text collection of finite size. Experimental results demonstrate that our bounds are accurate and tight. Furthermore, using Gaussian mixture model as an example, we show that our methodology can be easily generalized to model selection analysis for other latent models. 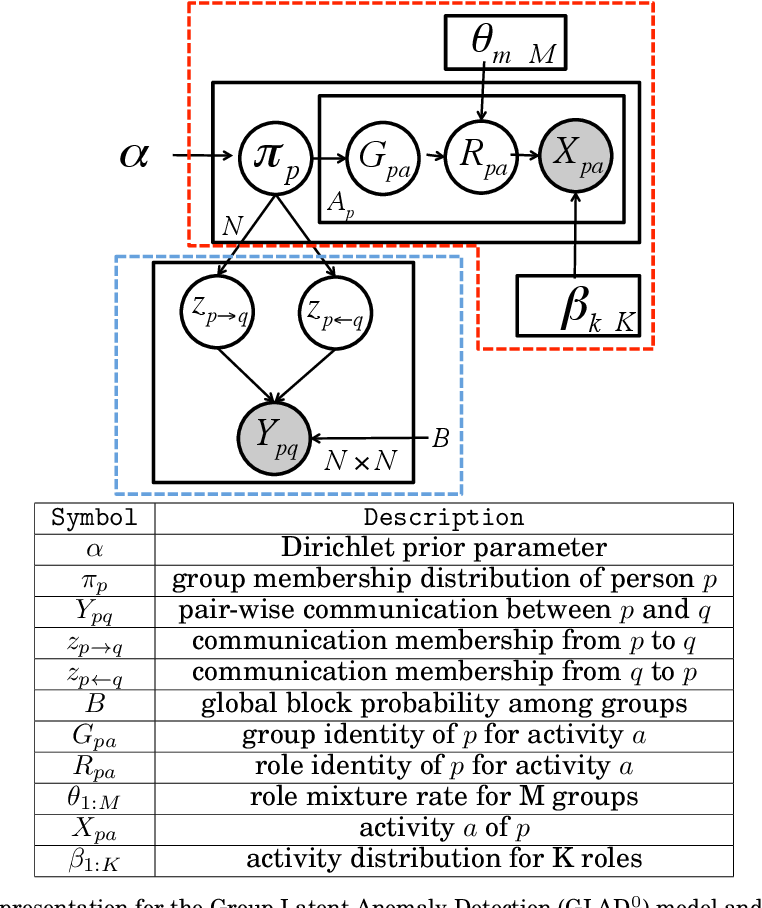 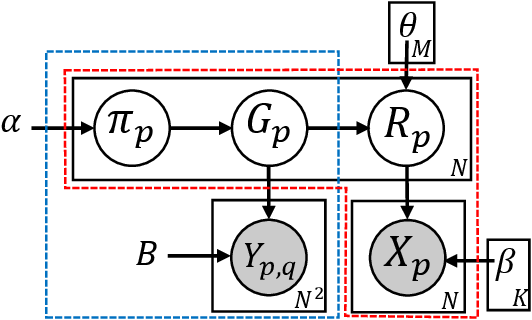 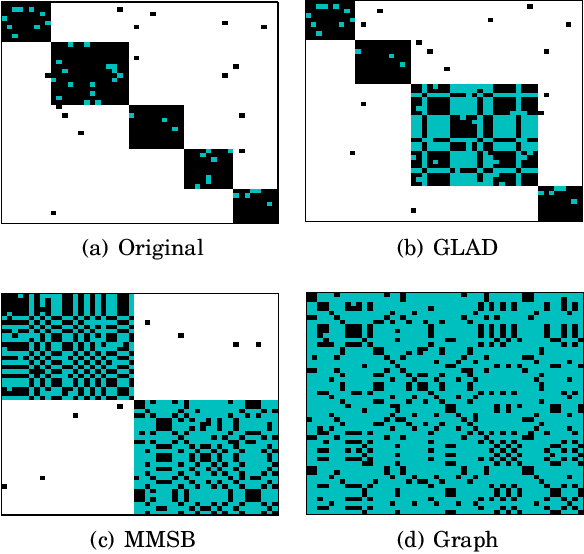 Traditional anomaly detection on social media mostly focuses on individual point anomalies while anomalous phenomena usually occur in groups. Therefore it is valuable to study the collective behavior of individuals and detect group anomalies. Existing group anomaly detection approaches rely on the assumption that the groups are known, which can hardly be true in real world social media applications. In this paper, we take a generative approach by proposing a hierarchical Bayes model: Group Latent Anomaly Detection (GLAD) model. GLAD takes both pair-wise and point-wise data as input, automatically infers the groups and detects group anomalies simultaneously. To account for the dynamic properties of the social media data, we further generalize GLAD to its dynamic extension d-GLAD. We conduct extensive experiments to evaluate our models on both synthetic and real world datasets. The empirical results demonstrate that our approach is effective and robust in discovering latent groups and detecting group anomalies. 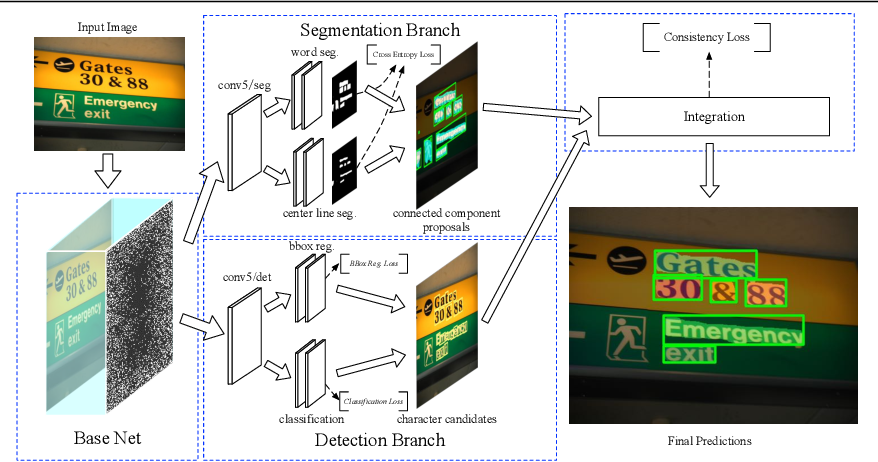 A growing demand for natural-scene text detection has been witnessed by the computer vision community since text information plays a significant role in scene understanding and image indexing. Deep neural networks are being used due to their strong capabilities of pixel-wise classification or word localization, similar to being used in common vision problems. In this paper, we present a novel two-task network with integrating bottom and top cues. The first task aims to predict a pixel-by-pixel labeling and based on which, word proposals are generated with a canonical connected component analysis. The second task aims to output a bundle of character candidates used later to verify the word proposals. The two sub-networks share base convolutional features and moreover, we present a new loss to strengthen the interaction between them. We evaluate the proposed network on public benchmark datasets and show it can detect arbitrary-orientation scene text with a finer output boundary. In ICDAR 2013 text localization task, we achieve the state-of-the-art performance with an F-score of 0.919 and a much better recall of 0.915. 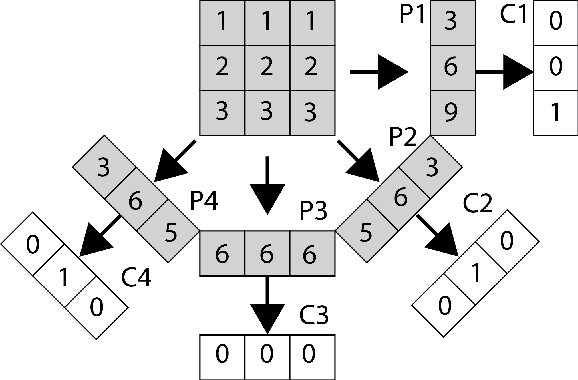 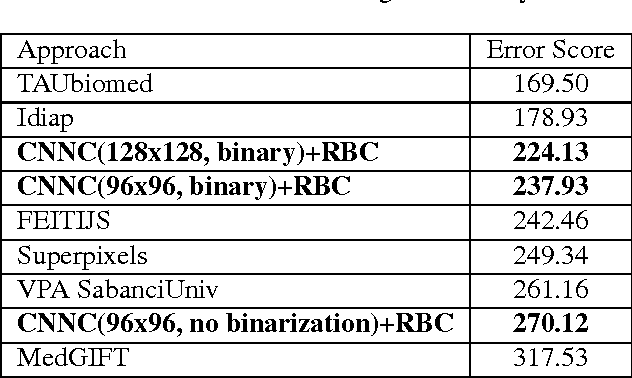 Content-based image retrieval (CBIR) in large medical image archives is a challenging and necessary task. Generally, different feature extraction methods are used to assign expressive and invariant features to each image such that the search for similar images comes down to feature classification and/or matching. The present work introduces a new image retrieval method for medical applications that employs a convolutional neural network (CNN) with recently introduced Radon barcodes. We combine neural codes for global classification with Radon barcodes for the final retrieval. We also examine image search based on regions of interest (ROI) matching after image retrieval. The IRMA dataset with more than 14,000 x-rays images is used to evaluate the performance of our method. Experimental results show that our approach is superior to many published works.

$DC^2$: A Divide-and-conquer Algorithm for Large-scale Kernel Learning with Application to Clustering 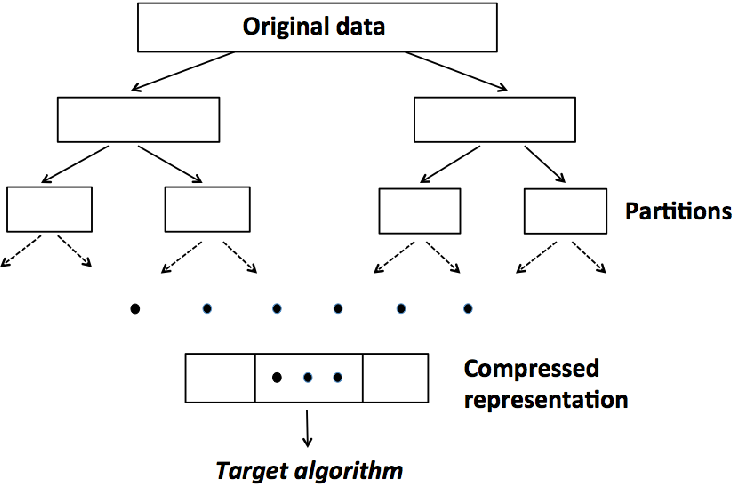 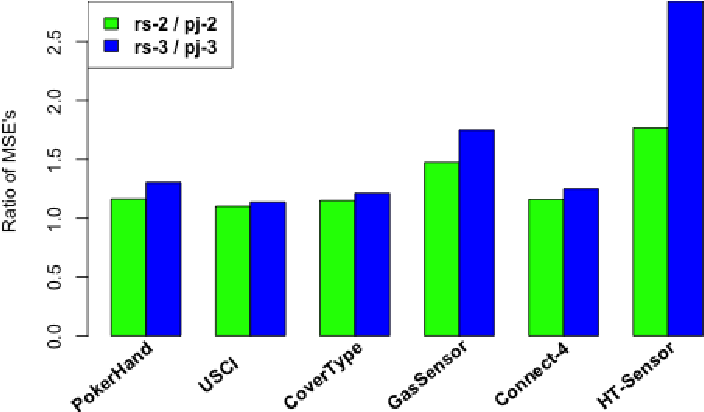 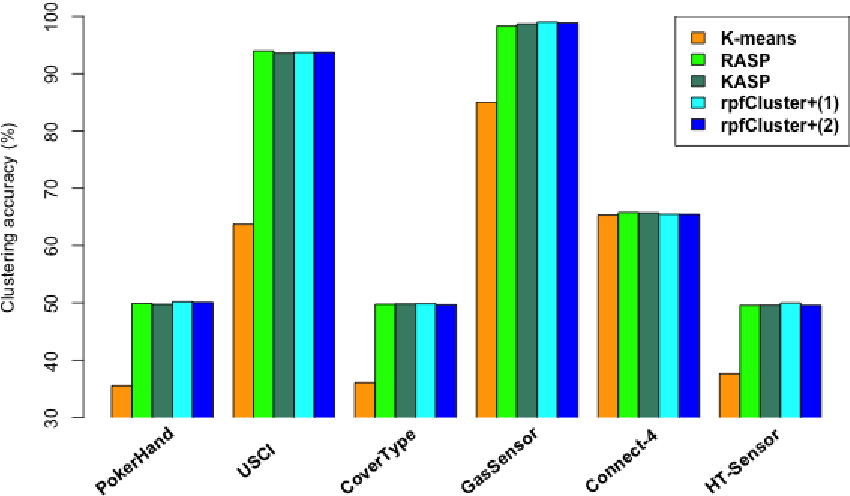 Divide-and-conquer is a general strategy to deal with large scale problems. It is typically applied to generate ensemble instances, which potentially limits the problem size it can handle. Additionally, the data are often divided by random sampling which may be suboptimal. To address these concerns, we propose the $DC^2$ algorithm. Instead of ensemble instances, we produce structure-preserving signature pieces to be assembled and conquered. $DC^2$ achieves the efficiency of sampling-based large scale kernel methods while enabling parallel multicore or clustered computation. The data partition and subsequent compression are unified by recursive random projections. Empirically dividing the data by random projections induces smaller mean squared approximation errors than conventional random sampling. The power of $DC^2$ is demonstrated by our clustering algorithm $rpfCluster^+$, which is as accurate as some fastest approximate spectral clustering algorithms while maintaining a running time close to that of K-means clustering. Analysis on $DC^2$ when applied to spectral clustering shows that the loss in clustering accuracy due to data division and reduction is upper bounded by the data approximation error which would vanish with recursive random projections. Due to its easy implementation and flexibility, we expect $DC^2$ to be applicable to general large scale learning problems. 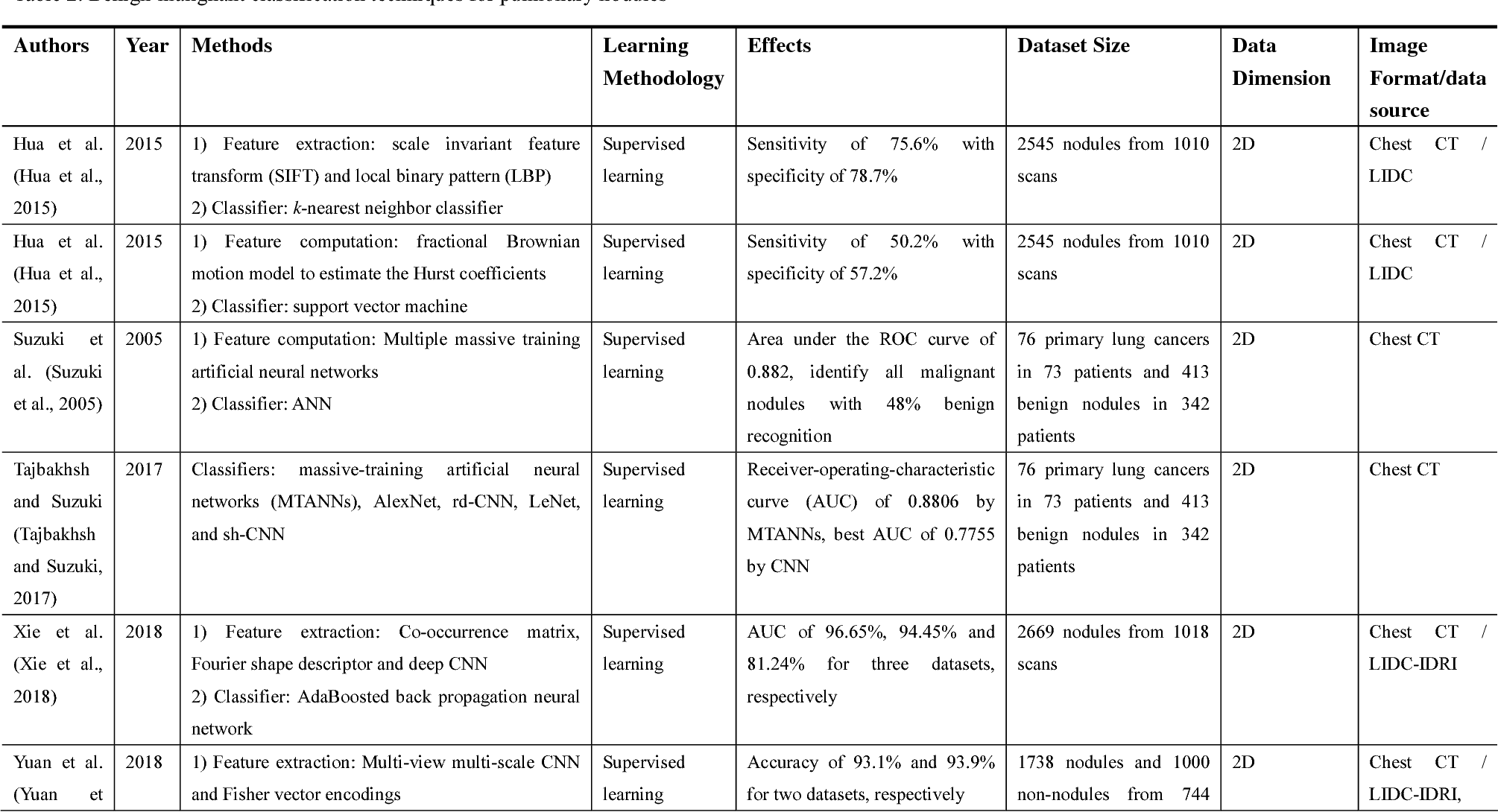 Lung cancer is the commonest cause of cancer deaths worldwide, and its mortality can be reduced significantly by performing early diagnosis and screening. Since the 1960s, driven by the pressing needs to accurately and effectively interpret the massive volume of chest images generated daily, computer-assisted diagnosis of pulmonary nodule has opened up new opportunities to relax the limitation from physicians subjectivity, experiences and fatigue. It has been witnessed that significant and remarkable advances have been achieved since the 1980s, and consistent endeavors have been exerted to deal with the grand challenges on how to accurately detect the pulmonary nodules with high sensitivity at low false-positives rate as well as on how to precisely differentiate between benign and malignant nodules. The main goal of this investigation is to provide a comprehensive state-of-the-art review of the computer-assisted nodules detection and benign-malignant classification techniques developed over three decades, which have evolved from the complicated ad hoc analysis pipeline of conventional approaches to the simplified seamlessly integrated deep learning techniques. This review also identifies challenges and highlights opportunities for future work in learning models, learning algorithms and enhancement schemes for bridging current state to future prospect and satisfying future demand. As far as the authors know, it is the first review of the literature of the past thirty years development in computer-assisted diagnosis of lung nodules. We acknowledge the value of potential multidisciplinary researches that will make the computer-assisted diagnosis of pulmonary nodules enter into the main stream of clinical medicine, and raise the state-of-the-art clinical applications as well as increase both welfares of physicians and patients. 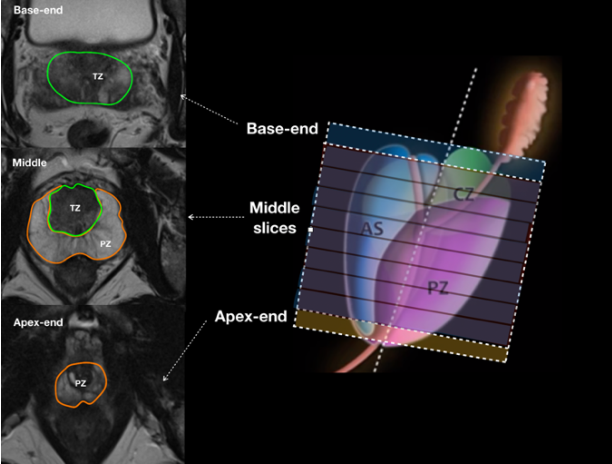 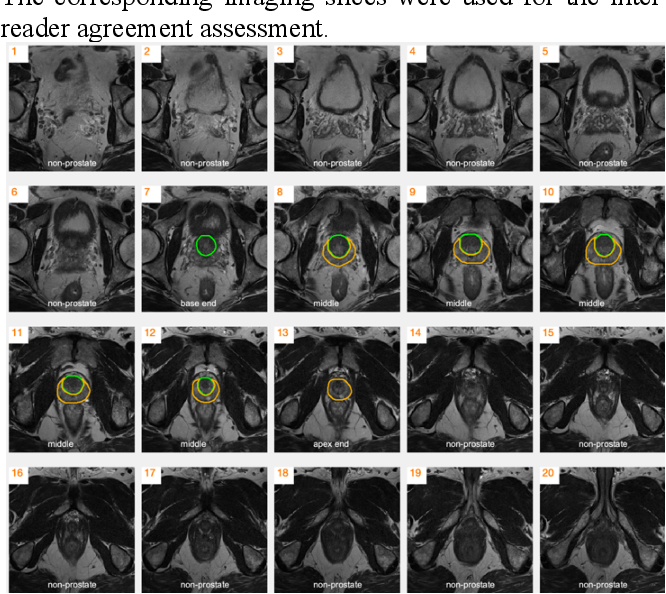 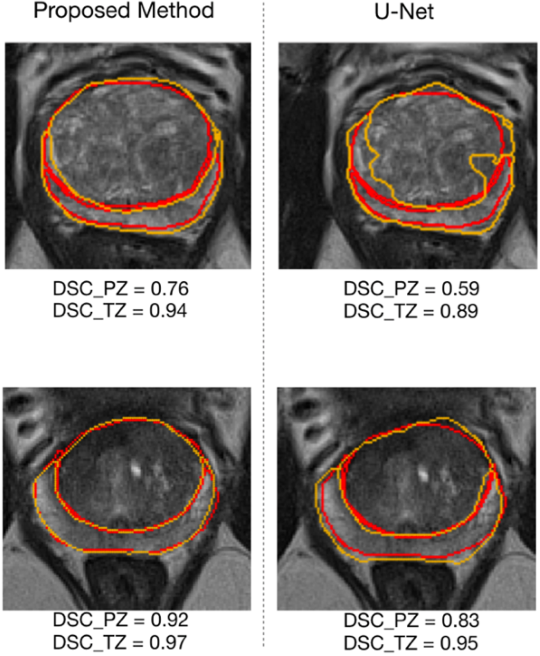 Our main objective is to develop a novel deep learning-based algorithm for automatic segmentation of prostate zone and to evaluate the proposed algorithm on an additional independent testing data in comparison with inter-reader consistency between two experts. With IRB approval and HIPAA compliance, we designed a novel convolutional neural network (CNN) for automatic segmentation of the prostatic transition zone (TZ) and peripheral zone (PZ) on T2-weighted (T2w) MRI. The total study cohort included 359 patients from two sources; 313 from a deidentified publicly available dataset (SPIE-AAPM-NCI PROSTATEX challenge) and 46 from a large U.S. tertiary referral center with 3T MRI (external testing dataset (ETD)). The TZ and PZ contours were manually annotated by research fellows, supervised by genitourinary (GU) radiologists. The model was developed using 250 patients and tested internally using the remaining 63 patients from the PROSTATEX (internal testing dataset (ITD)) and tested again (n=46) externally using the ETD. The Dice Similarity Coefficient (DSC) was used to evaluate the segmentation performance. DSCs for PZ and TZ were 0.74 and 0.86 in the ITD respectively. In the ETD, DSCs for PZ and TZ were 0.74 and 0.792, respectively. The inter-reader consistency (Expert 2 vs. Expert 1) were 0.71 (PZ) and 0.75 (TZ). This novel DL algorithm enabled automatic segmentation of PZ and TZ with high accuracy on both ITD and ETD without a performance difference for PZ and less than 10% TZ difference. In the ETD, the proposed method can be comparable to experts in the segmentation of prostate zones.