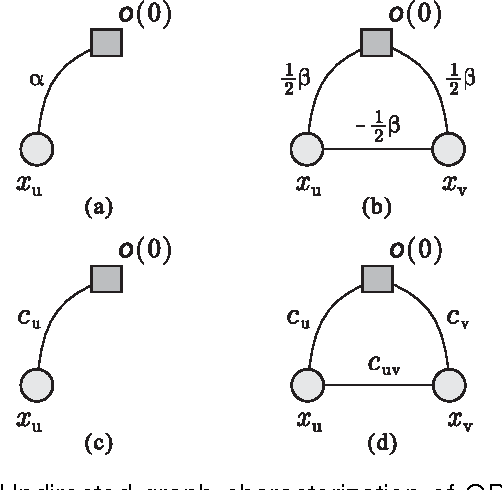 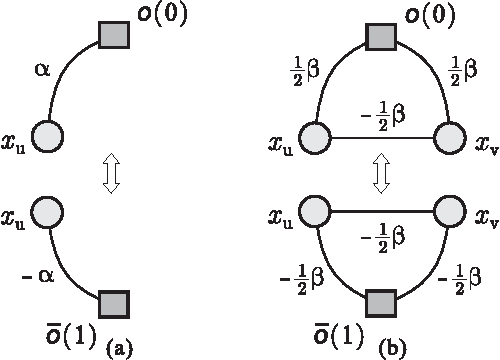 Many recent advances in computer vision have demonstrated the impressive power of dense and nonsubmodular energy functions in solving visual labeling problems. However, minimizing such energies is challenging. None of existing techniques (such as s-t graph cut, QPBO, BP and TRW-S) can individually do this well. In this paper, we present an efficient method, namely ESSP, to optimize binary MRFs with arbitrary pairwise potentials, which could be nonsubmodular and with dense connectivity. We also provide a comparative study of our approach and several recent promising methods. From our study, we make some reasonable recommendations of combining existing methods that perform the best in different situations for this challenging problem. Experimental results validate that for dense and nonsubmodular energy functions, the proposed approach can usually obtain lower energies than the best combination of other techniques using comparably reasonable time. 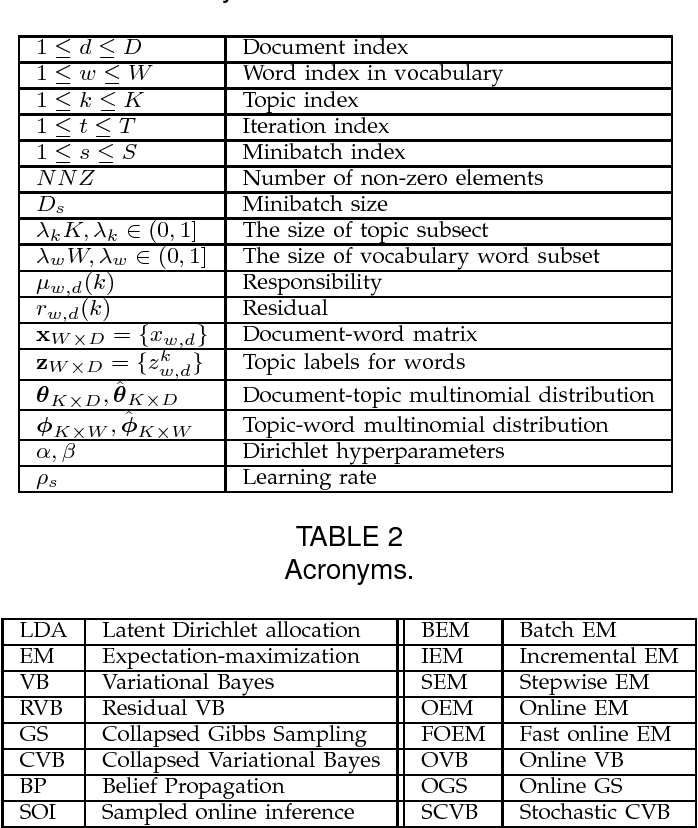 The expectation-maximization (EM) algorithm can compute the maximum-likelihood (ML) or maximum a posterior (MAP) point estimate of the mixture models or latent variable models such as latent Dirichlet allocation (LDA), which has been one of the most popular probabilistic topic modeling methods in the past decade. However, batch EM has high time and space complexities to learn big LDA models from big data streams. In this paper, we present a fast online EM (FOEM) algorithm that infers the topic distribution from the previously unseen documents incrementally with constant memory requirements. Within the stochastic approximation framework, we show that FOEM can converge to the local stationary point of the LDA's likelihood function. By dynamic scheduling for the fast speed and parameter streaming for the low memory usage, FOEM is more efficient for some lifelong topic modeling tasks than the state-of-the-art online LDA algorithms to handle both big data and big models (aka, big topic modeling) on just a PC.


* 14 pages, 12 figures in IEEE Transactions on Knowledge and Data Engineering, 2016 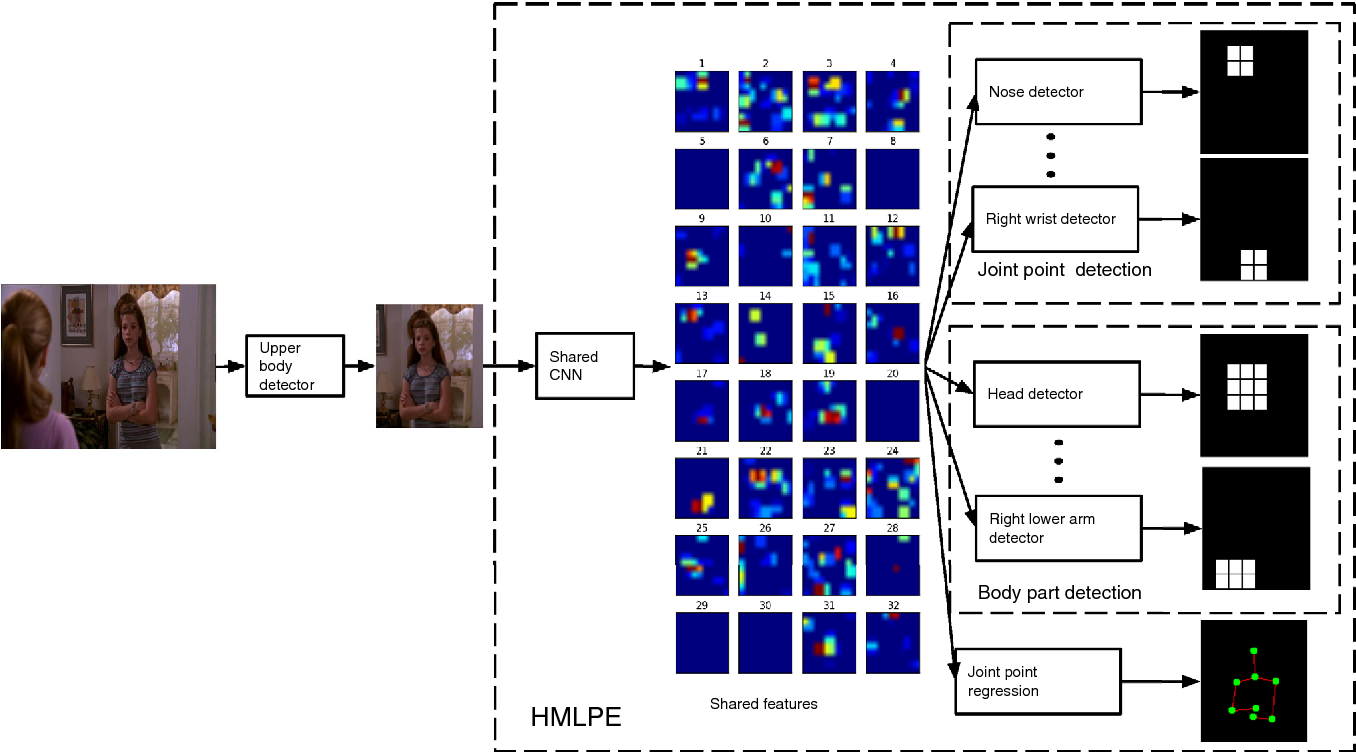 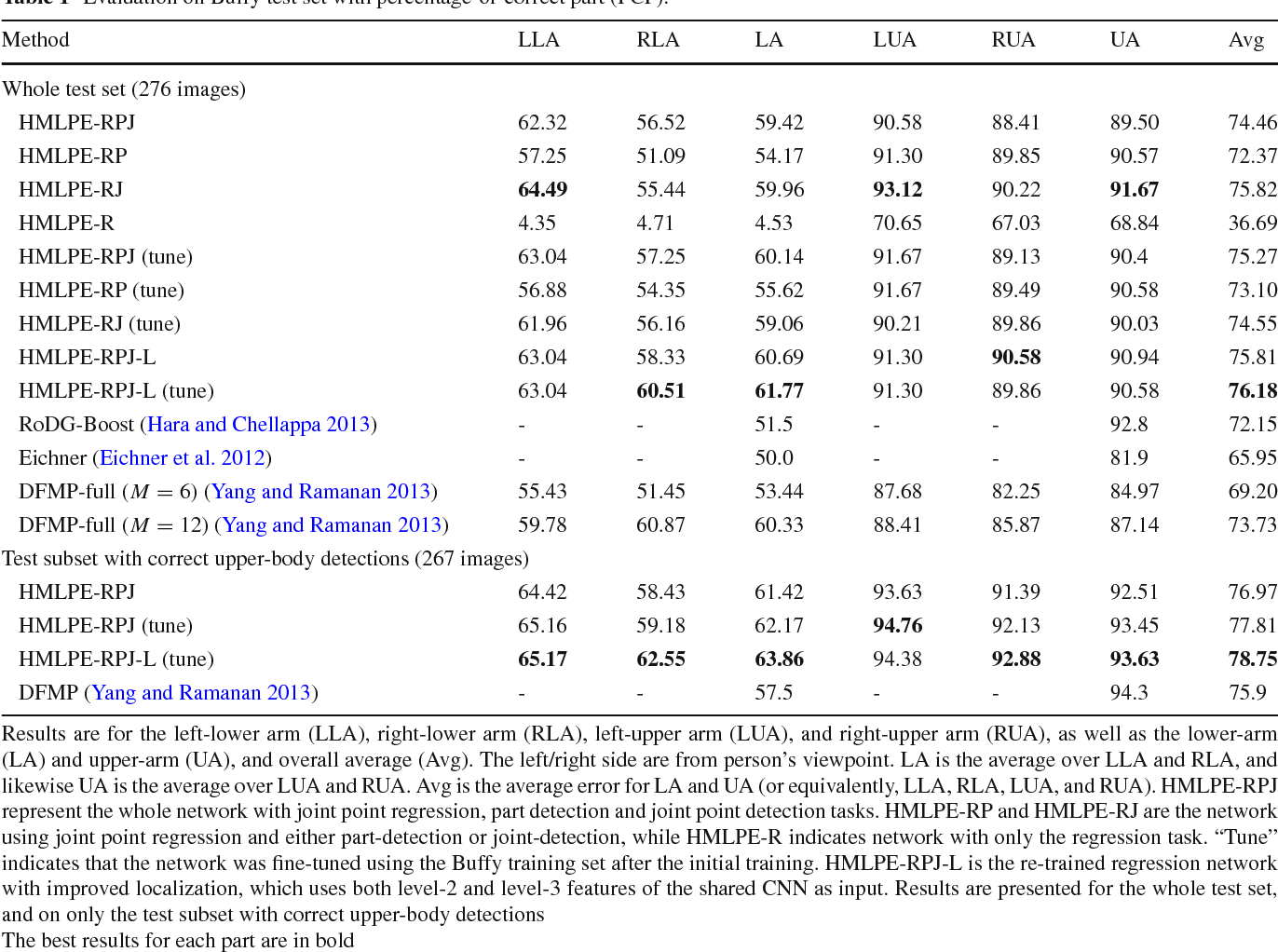 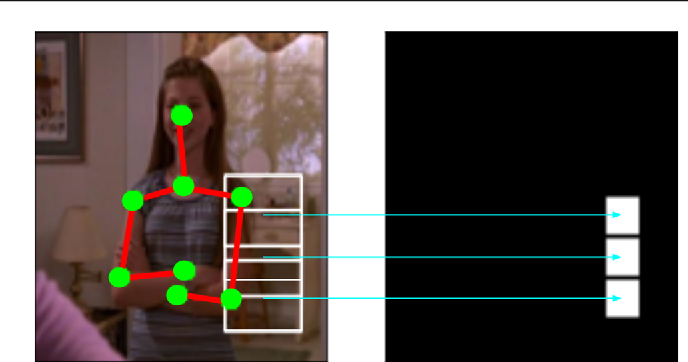 We propose an heterogeneous multi-task learning framework for human pose estimation from monocular image with deep convolutional neural network. In particular, we simultaneously learn a pose-joint regressor and a sliding-window body-part detector in a deep network architecture. We show that including the body-part detection task helps to regularize the network, directing it to converge to a good solution. We report competitive and state-of-art results on several data sets. We also empirically show that the learned neurons in the middle layer of our network are tuned to localized body parts.

A New Approach to Speeding Up Topic Modeling 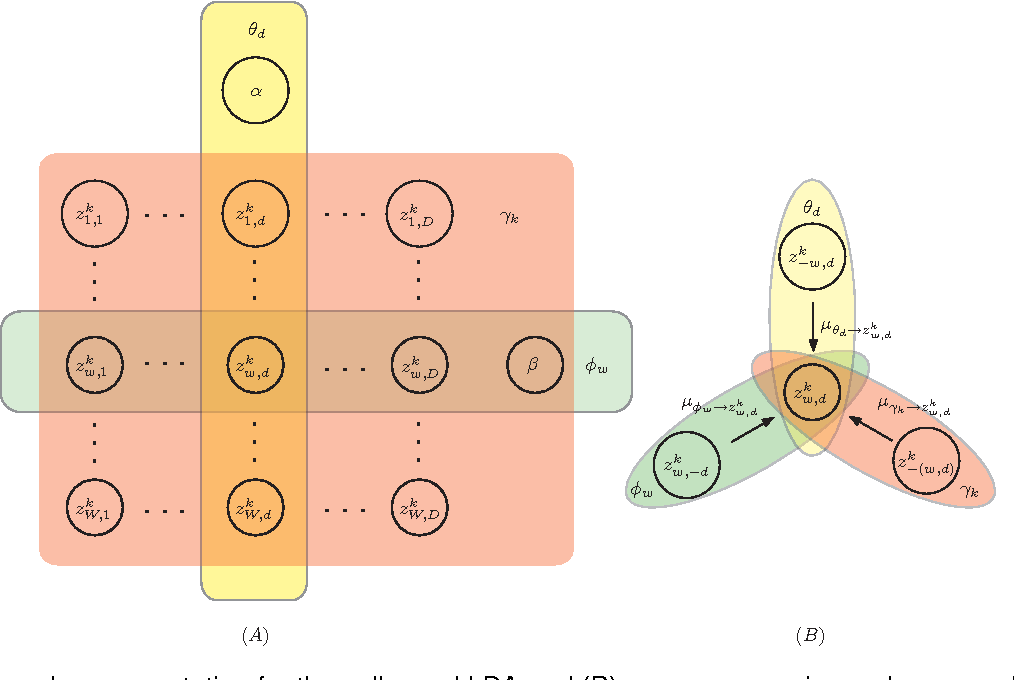 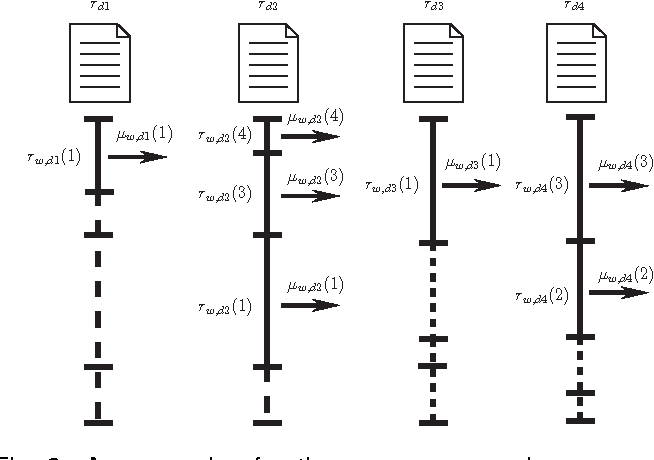 Latent Dirichlet allocation (LDA) is a widely-used probabilistic topic modeling paradigm, and recently finds many applications in computer vision and computational biology. In this paper, we propose a fast and accurate batch algorithm, active belief propagation (ABP), for training LDA. Usually batch LDA algorithms require repeated scanning of the entire corpus and searching the complete topic space. To process massive corpora having a large number of topics, the training iteration of batch LDA algorithms is often inefficient and time-consuming. To accelerate the training speed, ABP actively scans the subset of corpus and searches the subset of topic space for topic modeling, therefore saves enormous training time in each iteration. To ensure accuracy, ABP selects only those documents and topics that contribute to the largest residuals within the residual belief propagation (RBP) framework. On four real-world corpora, ABP performs around $10$ to $100$ times faster than state-of-the-art batch LDA algorithms with a comparable topic modeling accuracy. 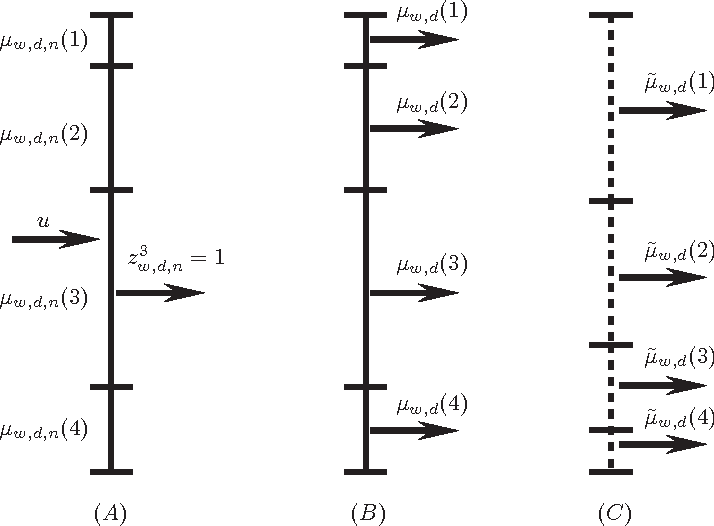 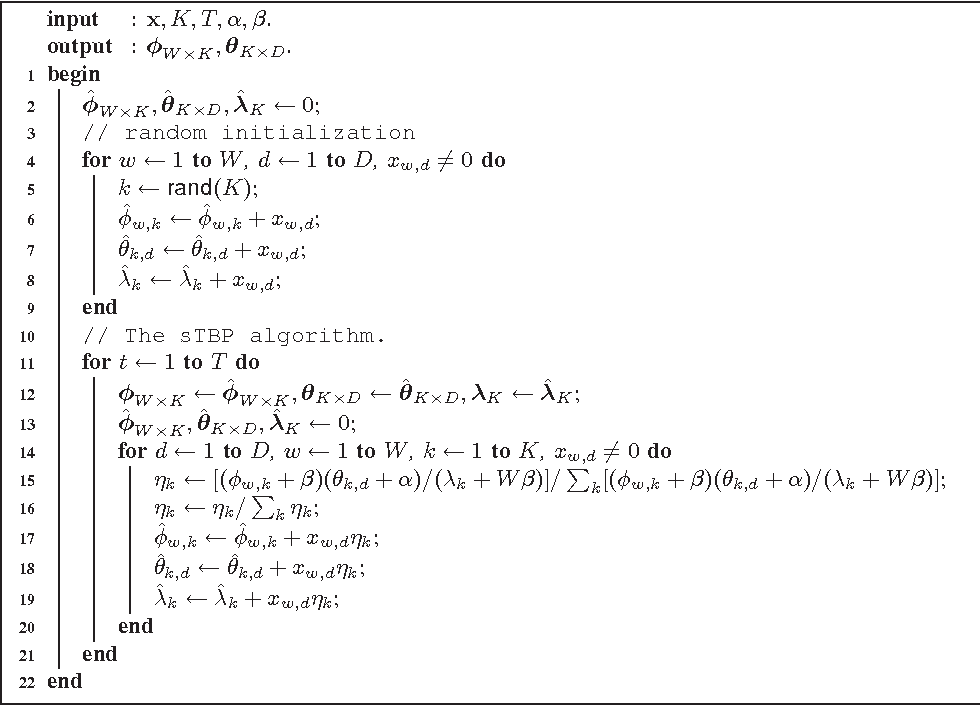 As one of the simplest probabilistic topic modeling techniques, latent Dirichlet allocation (LDA) has found many important applications in text mining, computer vision and computational biology. Recent training algorithms for LDA can be interpreted within a unified message passing framework. However, message passing requires storing previous messages with a large amount of memory space, increasing linearly with the number of documents or the number of topics. Therefore, the high memory usage is often a major problem for topic modeling of massive corpora containing a large number of topics. To reduce the space complexity, we propose a novel algorithm without storing previous messages for training LDA: tiny belief propagation (TBP). The basic idea of TBP relates the message passing algorithms with the non-negative matrix factorization (NMF) algorithms, which absorb the message updating into the message passing process, and thus avoid storing previous messages. Experimental results on four large data sets confirm that TBP performs comparably well or even better than current state-of-the-art training algorithms for LDA but with a much less memory consumption. TBP can do topic modeling when massive corpora cannot fit in the computer memory, for example, extracting thematic topics from 7 GB PUBMED corpora on a common desktop computer with 2GB memory. 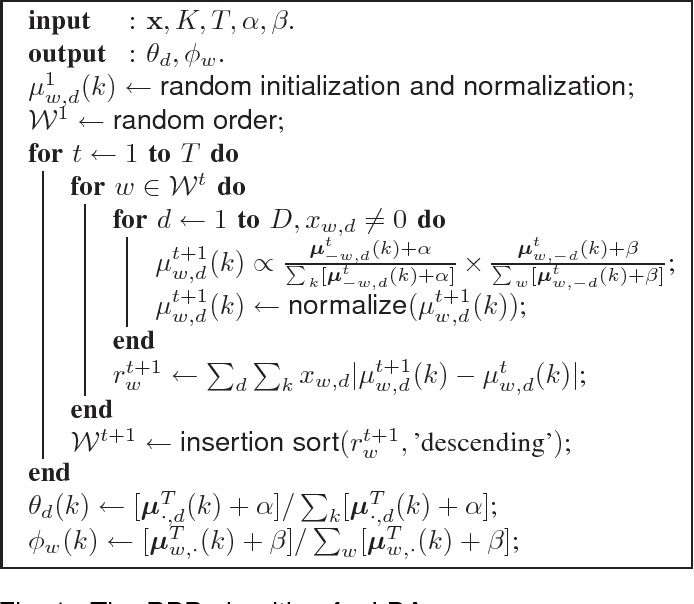 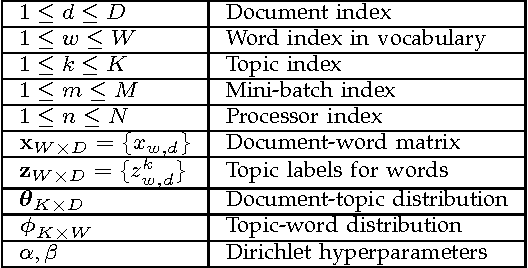 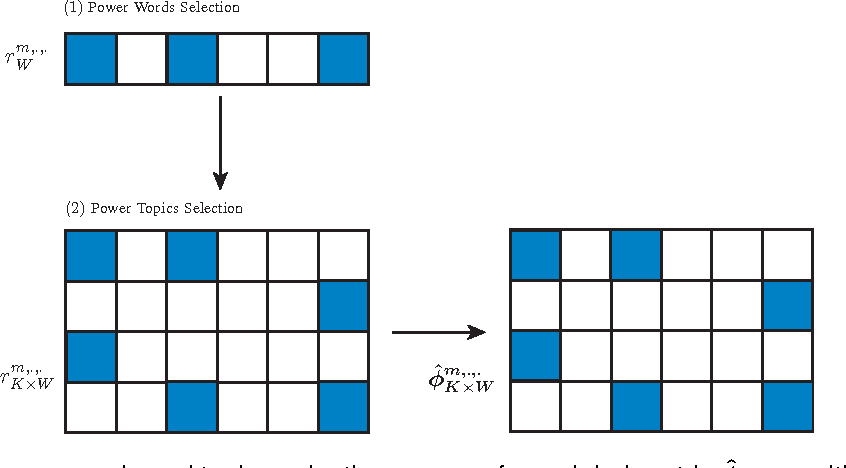 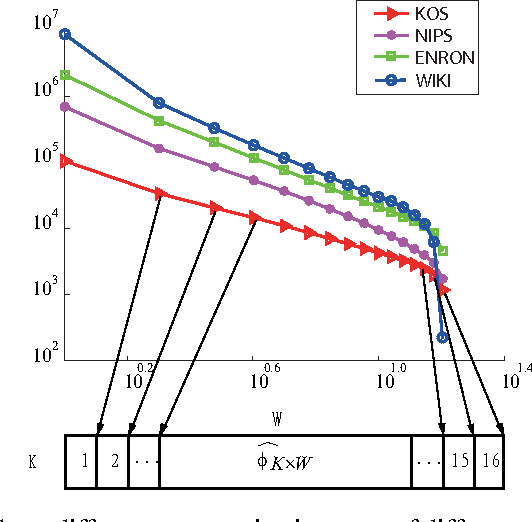 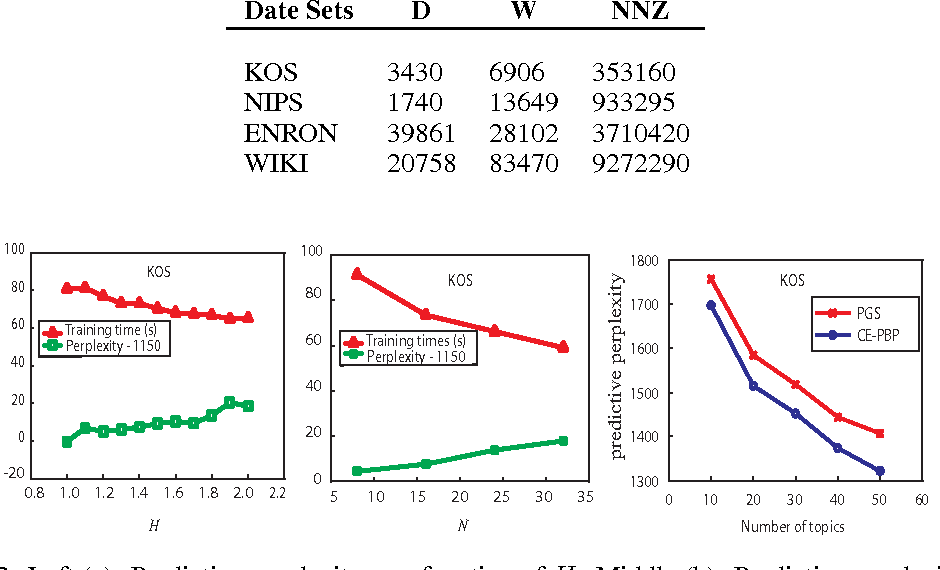 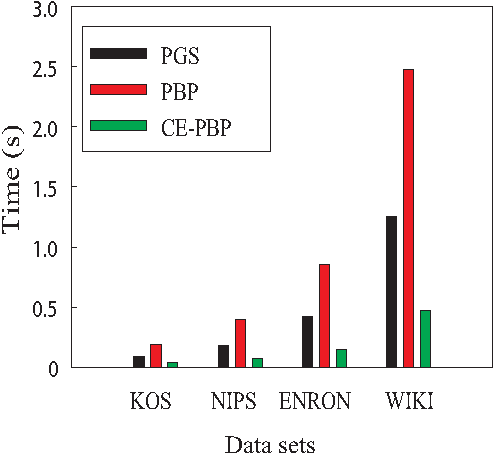