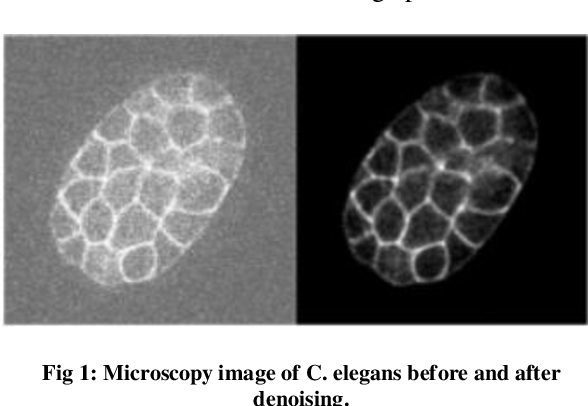 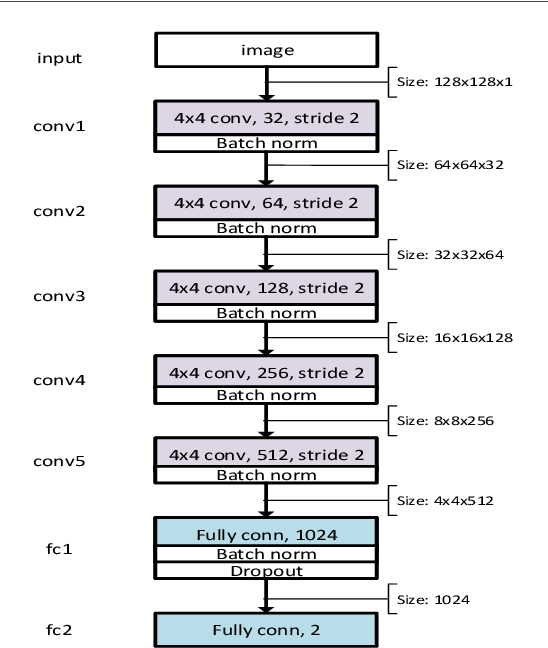 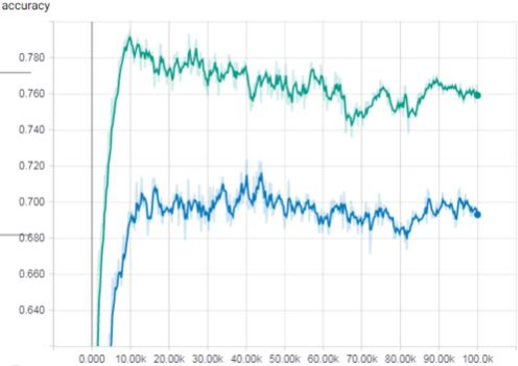 The detection of cell shape changes in 3D time-lapse images of complex tissues is an important task. However, it is a challenging and tedious task to establish a comprehensive dataset to improve the performance of deep learning models. In the paper, we present a deep learning approach to augment 3D live images of the Caenorhabditis elegans embryo, so that we can further speed up the specific structural pattern recognition. We use an unsupervised training over unlabeled images to generate supplementary datasets for further pattern recognition. Technically, we used Alex-style neural networks in a generative adversarial network framework to generate new datasets that have common features of the C. elegans membrane structure. We also made the dataset available for a broad scientific community. 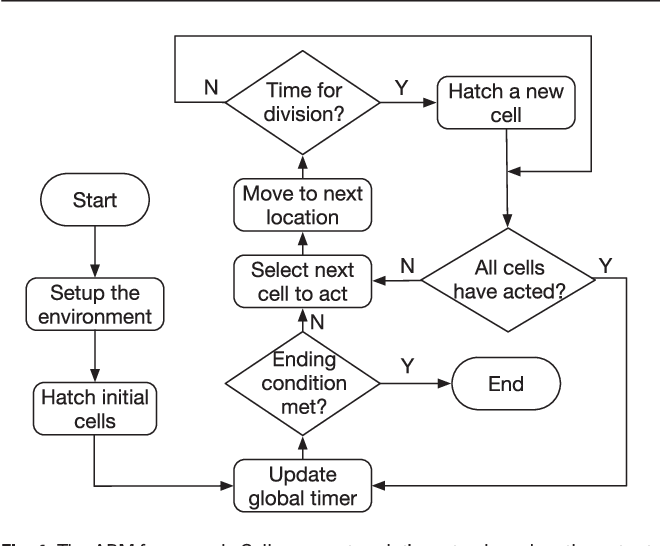 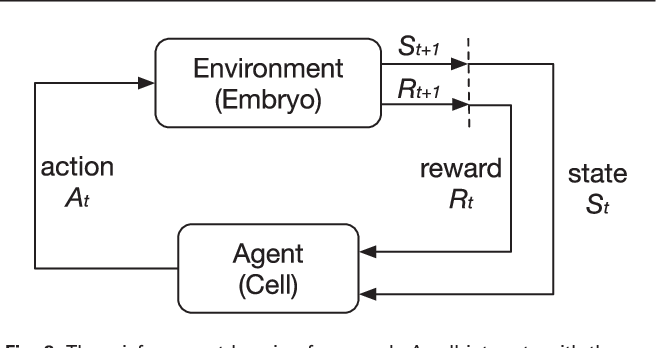 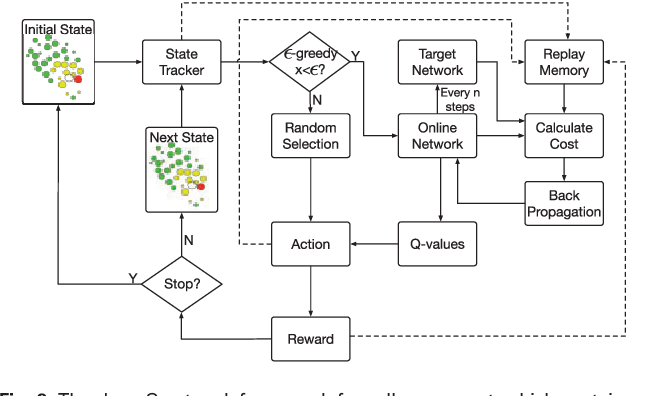 Cell movement in the early phase of C. elegans development is regulated by a highly complex process in which a set of rules and connections are formulated at distinct scales. Previous efforts have shown that agent-based, multi-scale modeling systems can integrate physical and biological rules and provide new avenues to study developmental systems. However, the application of these systems to model cell movement is still challenging and requires a comprehensive understanding of regulation networks at the right scales. Recent developments in deep learning and reinforcement learning provide an unprecedented opportunity to explore cell movement using 3D time-lapse images. We present a deep reinforcement learning approach within an ABM system to characterize cell movement in C. elegans embryogenesis. Our modeling system captures the complexity of cell movement patterns in the embryo and overcomes the local optimization problem encountered by traditional rule-based, ABM that uses greedy algorithms. We tested our model with two real developmental processes: the anterior movement of the Cpaaa cell via intercalation and the rearrangement of the left-right asymmetry. In the first case, model results showed that Cpaaa's intercalation is an active directional cell movement caused by the continuous effects from a longer distance, as opposed to a passive movement caused by neighbor cell movements. This is because the learning-based simulation found that a passive movement model could not lead Cpaaa to the predefined destination. In the second case, a leader-follower mechanism well explained the collective cell movement pattern. These results showed that our approach to introduce deep reinforcement learning into ABM can test regulatory mechanisms by exploring cell migration paths in a reverse engineering perspective. This model opens new doors to explore large datasets generated by live imaging.


* Bioinformatics, 2018
* We revised the manuscript to make it clearer to follow. Please notice that the Abstract shown in this page is slightly different than that in the manuscript due to the limitation of 1920 characters in arxiv.org 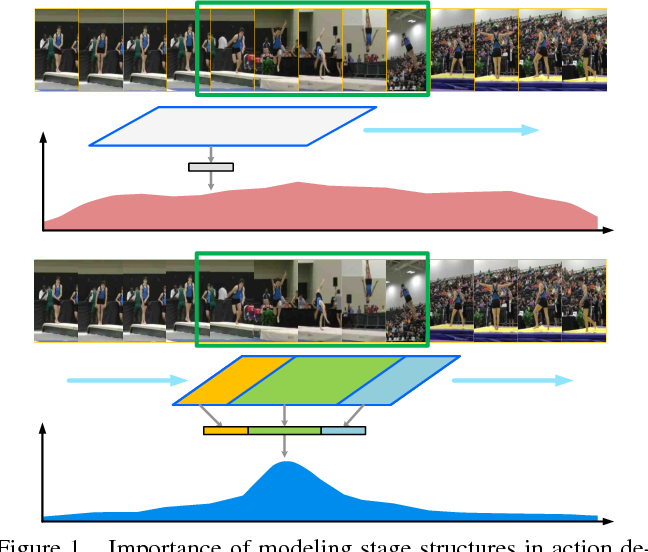 Detecting actions in untrimmed videos is an important yet challenging task. In this paper, we present the structured segment network (SSN), a novel framework which models the temporal structure of each action instance via a structured temporal pyramid. On top of the pyramid, we further introduce a decomposed discriminative model comprising two classifiers, respectively for classifying actions and determining completeness. This allows the framework to effectively distinguish positive proposals from background or incomplete ones, thus leading to both accurate recognition and localization. These components are integrated into a unified network that can be efficiently trained in an end-to-end fashion. Additionally, a simple yet effective temporal action proposal scheme, dubbed temporal actionness grouping (TAG) is devised to generate high quality action proposals. On two challenging benchmarks, THUMOS14 and ActivityNet, our method remarkably outperforms previous state-of-the-art methods, demonstrating superior accuracy and strong adaptivity in handling actions with various temporal structures.


* To appear in ICCV2017. Code & models available at http://yjxiong.me/others/ssn 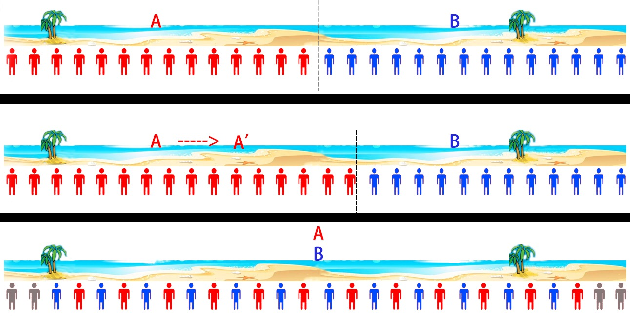 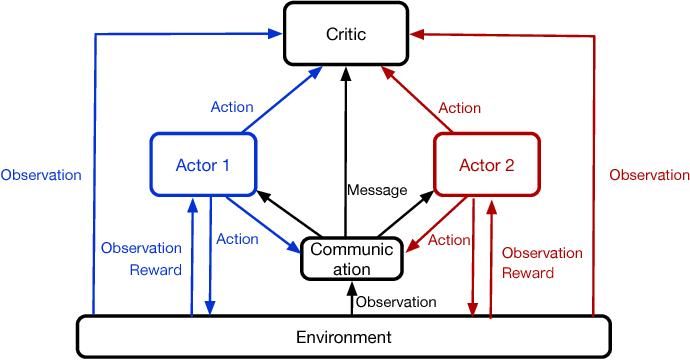 Ranking is a fundamental and widely studied problem in scenarios such as search, advertising, and recommendation. However, joint optimization for multi-scenario ranking, which aims to improve the overall performance of several ranking strategies in different scenarios, is rather untouched. Separately optimizing each individual strategy has two limitations. The first one is lack of collaboration between scenarios meaning that each strategy maximizes its own objective but ignores the goals of other strategies, leading to a sub-optimal overall performance. The second limitation is the inability of modeling the correlation between scenarios meaning that independent optimization in one scenario only uses its own user data but ignores the context in other scenarios. In this paper, we formulate multi-scenario ranking as a fully cooperative, partially observable, multi-agent sequential decision problem. We propose a novel model named Multi-Agent Recurrent Deterministic Policy Gradient (MA-RDPG) which has a communication component for passing messages, several private actors (agents) for making actions for ranking, and a centralized critic for evaluating the overall performance of the co-working actors. Each scenario is treated as an agent (actor). Agents collaborate with each other by sharing a global action-value function (the critic) and passing messages that encodes historical information across scenarios. The model is evaluated with online settings on a large E-commerce platform. Results show that the proposed model exhibits significant improvements against baselines in terms of the overall performance.

Recurrent neural networks have achieved excellent performance in many applications. However, on portable devices with limited resources, the models are often too large to deploy. For applications on the server with large scale concurrent requests, the latency during inference can also be very critical for costly computing resources. In this work, we address these problems by quantizing the network, both weights and activations, into multiple binary codes {-1,+1}. We formulate the quantization as an optimization problem. Under the key observation that once the quantization coefficients are fixed the binary codes can be derived efficiently by binary search tree, alternating minimization is then applied. We test the quantization for two well-known RNNs, i.e., long short term memory (LSTM) and gated recurrent unit (GRU), on the language models. Compared with the full-precision counter part, by 2-bit quantization we can achieve ~16x memory saving and ~6x real inference acceleration on CPUs, with only a reasonable loss in the accuracy. By 3-bit quantization, we can achieve almost no loss in the accuracy or even surpass the original model, with ~10.5x memory saving and ~3x real inference acceleration. Both results beat the exiting quantization works with large margins. We extend our alternating quantization to image classification tasks. In both RNNs and feedforward neural networks, the method also achieves excellent performance.


* Published as a conference paper at ICLR 2018